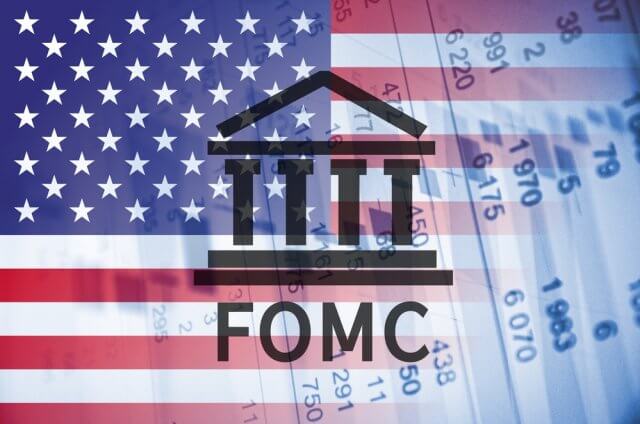 It’s going to be a busy day from the trading viewpoint as the U.S. CPI and FOMC will be the main highlight of the day. FED isn’t expected to cut the rates, but the CPI figures are expected to improve a bit, just like labor market figures. The dollar can stay stronger on sentiments until the actual data comes out.

The EUR/US is trading with a bullish bias below 1.1366 level. The price action of the EUR/USD pair remained flat throughout the Asian session. The President of the ECB (European Central Bank), Christine Lagarde, said that the central bank’s measure to fight the coronavirus crisis was proportionate to the severe risks facing its mandate. Lagarde said during a hearing at the Committee on economic and monetary affairs of the European Parliament, which was conducted via video conference that the crisis-related measures were temporary, targeted, and proportionate.

Besides, the ECB announced an additional 600 billion euros in its pandemic emergency purchase program (PEPP) and scaled up its previous 750 billion Euro, to extend the program till mid-2021. According to Lagarde, ECB continuously monitors the proportionality of its instruments, and she said that the net effects to be gained by PEPP expansion were overwhelmingly positive. The need for expansion was to avoid any deeper recession and quickening the pathway towards normalization.

When asked about the German court ruling of the ECB’s massive public sector purchase program, she said she was confident that a solution could be found because it was addressed to the German federal government and the German Parliament. On the data front, at 11:00 GMT, the German Industrial Production showed a decline of 17.9% in April against the expectations of 16% and weighed on shared currency euro. AT 13:30 GMT, the Sentix Investor Confidence from the Eurozone for June decline to 24.8 from the expected reduction of 22.0 and weighed on Euro.

The depressed Euro after inferior to expected German Industrial Production dragged the pair EUR/USD with itself to the low of 1.12680.

Meanwhile, Lagarde’s Speech explaining the benefits of ECB’s latest expansion in PEPP provided strength to Euro, which pushed the EUR/USD pair higher. For now, the eyes will remain on the U.S. CPI and FOMC data while the FED isn’t expected to change its policy rate, but the CPI can be a main driver in the market.

On Wednesday, the EUR/USD is consolidating in a narrow trading range of 1.1370 – 1.1276 level, and right now, it seems to break out of this trading range. On the lower side, the next target level seems to be 1.1185. Currently, the pair is facing immediate support around 1.1274 level, and closing of candles below this level may lead the EUR/USD prices further lower towards 1.1185 level, which is extended by the 50 EMA level. On the higher side, resistance holds at 1.1315 level today. Odds of bearish bias remains solid today.

The GBP/USD continues to extend its 8-day winning streak and soars to 1.2766, the highest since March 12, 2020, mainly due to the broad-based U.S. dollar strength triggered by the geopolitical tensions between the Korean neighbors. Currently, the GBP/USD is holding at 1.2769 and consolidates in a new trading range of 1.2702 – 1.2815. However, the Brexit concerns remain on the card while showing no progress, which ultimately exerted some downside pressure on the British Pound and contributed to the currency pair declines.

It should be noted that the British retailers reported a sharp drop in annual sales last month, but less bad than April due to some COVID-19 restrictions eased, and more customers started online shopping.

However, the reason for limiting further losses in the currency pair could be attributed to the report that the United Kingdom and Japan are set to discuss the post-Brexit trade deal on the day which could underpin the cable pair.

At the USD front, the broad-based U.S. dollar recovered its previous session losses and drawing bids at press time as investors awaiting the next moves from the U.S. Federal Reserve ahead of its policy meeting. The U.S. dollar gains were further bolstered by the risk-off market sentiment triggered by the growth in geopolitical stresses between the Korean neighbors. However, the U.S. dollar’s bullish bias turned out to be one of the key factors that kept a lid on profits in the GBP/USD currency pair. Whereas, the U.S. Dollar Index that tracks the greenback against a basket of other currencies increased by 0.10% to 96.707 by 12:53 AM ET (5:53 AM GMT).

The U.S. 10-year Treasury yields fell 4-basis points (bps) to 0.844% while the stocks in Asia and the U.S. stock futures reported modest losses. The lack of significant data/events will urge the Cable traders to look for further details on risk catalysts for a fresh impetus. The UK-Japan trade talks and the US-China tension could offer hints and can help the greenback to gains further bullish traction.

The bullish bias in the GBP/USD continues to dominate the market, and it’s leading the GBP/USD prices higher towards 1.2760 while the next resistance holds around 1.2816 level. Continuation of an upward trend can lead Sterling towards 1.2866 level while the support holds around 1.2707 level today. Below this, the prices can drop to 1.2638 level. On the 4 hour timeframe, the Cable has formed an upward channel that may keep the Sterling bullish today. Let’s look for buying over 1.2702 level today.

The USD/JPY is trading dramatically bearish, falling from 107.900 level to 107.300. The USD/JPY remained strongly bearish throughout the Asian session, and it posted a steeper loss on Tuesday, followed by Mondays’ bearish trend amid the broad-based U.S. dollar weakness and improved Japanese economic outlook.

On the data front, at 4:50 GMT, the Bank Lending for the year from Japan increased to 4.8% in May from 2.9% in April. The Final GDP for the quarter decreased by 0.6% against the expected decline of 0.5% and weighed on Yen.

At 4:52 GMT, the Current Account Balance for April came short of expectations of 0.33T as 0.25T and weighed on Japanese Yen. The Final GDP Price Index for the year came in line with the expectations if 0.9%. At 10:02 GMT, the Economy Watchers Sentiment, however, came in favor of Japanese Yen as 15.5 against the expected 12.6.

The preliminary reading of Japan’s Q1 GDP moved from -0.9% to -0.6% and came in better, which indicated the readiness of Japanese policymakers with extra stimulus if needed to fight against the pandemic.

Moreover, the better outlook of Japan’s current economic condition supported the Japanese Yen on Monday and weighed on the USD/JPY pair.

On the other hand, despite upbeat economic data from the U.S., the greenback lost its demand due to the drop in risk barometer that day. The rush of traders’ return from riskier assets weighed on the U.S. dollar and made it weak.

The USD/JPY is trading sharply bearish at 107.300 level, having violated the upward trendline at 107.600. Below this, the pair has a great potential to go for a 107.08 level, while a bearish breakout of 107.082 level can dip further until 106.770 level. On the 4 hour chart, the MACD, and RSI, both are holding in the selling zone, demonstrating that there’s further room for selling in the USD/JPY pair. Let’s consider taking selling trades below 107.97 today. Good luck!