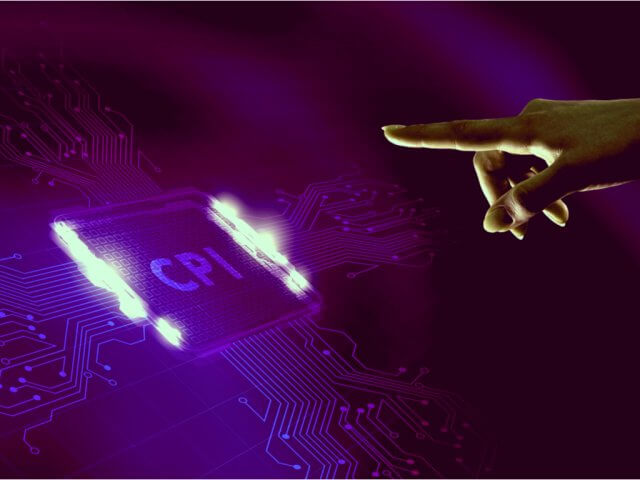 On the news front, the market may not offer high impact events, but the focus will stay on the UK BOE Gov Bailey Speaks and Prelim UoM Consumer Sentiment from the United States. Since it’s Friday, we can experience sharp movements in the market, especially during U.S. sessions.

The EUR/USD pair was closed at 1.13818 after placing a high of 1.14415 and a low of 1.13703. The EUR/USD pair broke its four-day bullish streak on Thursday and started posting losses on the back of European Central Bank’s monetary policy meeting decision combined with the broad-based U.S. dollar strength.

The ECB left its rates unchanged on Thursday; however, the latest recovery plan’s decision worth 750 billion euros was still pending. The European Central Bank held its refinancing operations at 0% and pledged to roll out more stimulus if the Eurozone’s economic recovery slowed materially. However, the meeting was seen as something of a non-event by the analysts, who think that the E.U. Summit will overshadow the ECB announcement.

A two-day European Summit will occur on Friday, and the ECB Governor called for fiscal support just a day ahead of the Summit. E.U. leaders will discuss the European Commission proposal’s distribution pattern for a 750 billion euros recovery plan. This plan was introduced to help some of the economic bloc’s worst-hit members.

According to Christine Lagarde, European leaders must show quick agreement on an ambitious package. Member states disagree on how the recovery package should be funded, and to show an agreement on it, all 27 E.U. member states need to back this package.

However, Italy has backed the proposal before the E.U. Summit to guide other member states to follow its footsteps. However, the Netherland, Sweden, Denmark, and Austria, known as “Frugal Four,” insist that these funds should be released as loans rather than as grants. In its last videoconference meeting, the E.U. leaders failed to reach an agreement, and the decision was forwarded to the next meeting. On Friday, the leaders will again discuss the distribution of the recovery plan, but this time, a face-to-face meeting will occur for the first time since the outbreak of the pandemic.

Chances for securing a deal between 27 member states are low, and traders are cautious. The French Final CPI for June rose to 0.1% against the expected -0.1% and supported Euro on the data front. At 13:02 GMT, the Italian Trade Balance showed a surplus of 5.58 B in May compared to 1.13 B of deficit in April.

At 14:00 GMT, the Trade Balance was up by 8.0 B against the forecasted 5.0B and supported Euro. Despite better than expected economic data from Europe, the EUR/USD pair declined on Thursday amid a strong U.S. dollar. From the U.S. side, the Core Retail Sales and Retail Sales were increased to 7.3% and 7.5% respectively against the expected 5.0% in June and supported the U.S. dollar. The strong U.S. dollar weighed on EUR/USD pair, and the pair started to decline.

Furthermore, the risk-off market sentiment after President Trump announced that he had signed the Hong Kong Autonomy Act. Moreover, the Justice Secretary from the US, William Barr, urged American tech firms not to do business with the Chinese government to reduce competitiveness.

The EUR/USD is taking a bearish turn after placing a high around 1.1439 level. The closing of candles below 1.1439 level has extended selling until the 1.1370 level. Closing of candles above 1.1370 level can drive buying in the EUR/USD pair, but in case, the bearish breakout occurs, we may see EUR/USD prices dropping towards 1.1335 level. Let’s keep an eye on 1.1370 as below this; we can capture a quick sell position.

The GBP/USD pair was closed at 1.25538 after placing a high of 1.26144 and a low of 1.25197. Overall the movement of GBP/USD pair remained bearish throughout the day. The pair extended its previous day’s retracement slide and remained depressed through the first half of the day amid modest U.S. dollar strength. On Thursday, the U.S. dollar was strong across the board due to its safe-haven status as the risk-appetite was fading away. The latest optimism about the potential coronavirus vaccine turned out to be short-lived, and concerns about US-China relations raised the safe-haven appeal.

The strong greenback due to safe-haven demand, the GBP/USD pair came under pressure and dropped in early sessions. However, it showed that the downside movement of the GBP/USD pair was limited after the U.S. Treasury bond yields started to decline. This, combined with the better than expected economic data, gave a push to GBP/USD pair.

At 11:00 GMT, the Claimant Count Change from June was released by the Office for National Statistics on Thursday, which showed that the number of people applied for jobless benefits fell by 28.1K against the expectations +250K. The Claimant count rates eased to 7.3% vs. the previous 7.8%.

On the U.S. front, the Core Retail Sales and Retail Sales were improved to 7.3% and 7.5% respectively against the projected 5.0% in June and supported the U.S. dollar. The strong U.S. dollar weighed on GBP/USD pair, and the pair extended its losses.

Meanwhile, the Bank of England data revealed that lending has dried up quickly in the second quarter of the year. The Bank’s credit conditions survey showed that mortgages, loans, and credit card lending all dropped in the second quarter, and the further decline was still expected.

On Brexit front, the politicians from across the U.K., including Northern Ireland’s first and deputy first ministers, will discuss Brexit via videoconference. Arlene Foster and Michelle O’Neill will join the video conference chaired by Cabinet Minister Michael Gove.

The representatives from Welsh and Scottish governments and NI Secretary Brandon Lewis will also be heard by the joint ministerial committee. The discussion will focus on NI protocol and the Brexit transition period. Meanwhile, the second meeting with a joint EU & UK committee focused on how to implement the Northern Ireland part of the Brexit deal is also due.

Furthermore, the Brexit talks between U.K.’s chief negotiator David Frost and Michel Barnier continued in Brussels on Thursday to secure a trade deal. Several outstanding issues like fishing, trade, and governance, remain undercard even after four fruitless talks. U.K. is set to leave the controversial Common Fisheries Policy (CFP) and take back control of its U.K. waters, and the E.U. has shown its willingness to compromise to gain access to the U.K. waters.

The optimism related to potential coronavirus vaccine was short-lived and faded away quickly and dragged risk sentiment. The decreased risk appetite in the market weighed on Japanese Yen and pushed the USD/JPY pair on the above track.

However, the gains in currency pair were capped by the poor than expected jobless claims data from the U.S. Last week, the Unemployment claims made by the Americans rose to 1300K from the 1250K of expectations and weighed on the U.S. dollar.

1.3M jobless people filed for jobless benefits last week, and it showed that the U.S. economy still has a large portion to fill in the jobs department. At 19:00 GMT, the Business Inventories from the United States came in as expected -2.3%. The NAHB Housing Market Index from the United States rose to 72 from the expected 60 and supported the U.S. dollar and added further in USD/JPY pair gains.

Furthermore, the New York President of Federal Reserve said on Thursday that the Fed’s emergency lending facilities have helped to ease credit markets after the pandemic disrupted them. He said that relatively low usage of the program indicated that markets were functioning well.

The statement that low-take up of emergency lending facilities was a sign of success from John Williams gave additional strength to the already strong U.S. dollar, and hence, USD/JPY pair further increased.

On US-China front, the US Justice Secretary, William Barr blamed Hollywood and U.S. tech firms of cooperating with the Chinese government to work there. Barr said that such actions could damage the liberal world order.

Speaking at Gerald Ford Presidential Museum, he advised U.S. firms not to give up their secrets and values to China by coming under pressure because it will make the U.S. vulnerable and dependent on China for certain goods.

This was the latest criticism of China by the White House and other U.S. officials. He warned that the working of Disney & American corporations with Beijing would weaken competitiveness and prosperity. He urged U.S. firms to challenge Chinese demands and said that if an individual company cannot take a stand, then firms should combine.

Furthermore, the U.S. imposed visa restrictions on certain employees of Huawei Tech Company. In response to this, the Chinese technology giant Huawei on Thursday, stated regret over the U.S. move to restrict its employees from visiting the U.S. Huawei called the U.S.’s latest move as “an unfair and arbitrary action.”

The USD/JPY is consolidating in a wide trading range of 107.400 – 107, while the overall bias seems neutral at 107.191. Recently the USD/JPY pair has crossed over 50 EMA, which extended resistance at 107 level, including now the same level will work as a support. The bearish breakout of the 107 level can extend the selling trend until 106.580. At the same time, the bullish breakout of the 107.400 level can extend the buying trend until 107.600. The MACD and RSI support bearish bias, and we may take a selling trade below 107 and buying above the same level today. Good luck!