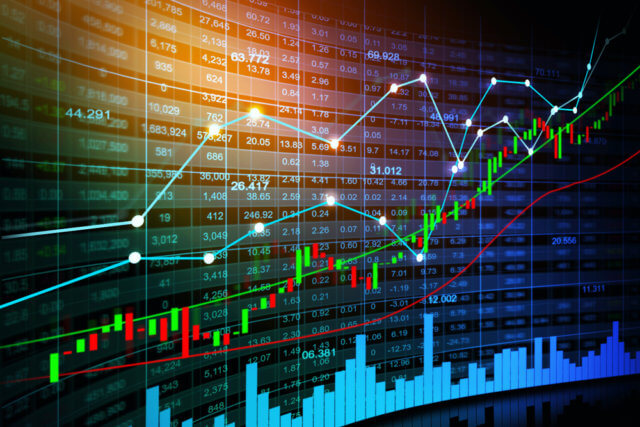 On the forex front, the U.S. Dollar Index rebounded from its six-month low, gaining 0.4% on the day to 96.80. The investor will focus on the Federal Reserve’s latest monetary policy meeting minutes due later in the day. In Asian trading hours, safe-haven demand surged as the U.S. Defense Department confirmed that the U.S. military, “at the direction of the president,” killed Iranian general Qassem Soleimani in an airstrike in Iraq.

The Euro dropped 0.4% to $1.1171. Later today, German’s December jobless rate (steady at 5.0% expected) and CPI data (+1.4% on-year expected) will be reported. The contracted manufacturing PMI from Germany at the end of 2019 weighed on single currency Euro and dragged the pair EUR/USD below 1.120 on Thursday.

The labor market of the United States showed signs of improvement, and American markets reacted positively to renewed hopes of growth in consumer spending. This could mean that the U.S. economy would grow with a moderate rate in 2020.

Meanwhile, the US-China trade deal developments had given some ease to the ongoing global economic slowdown when it was confirmed that the phase-one deal between the world’s two largest economies would be signed in mid –January. The strong U.S. dollar and weak Euro dragged the EUR/USD pair at the start of the New Year.

The RSI and MACD are holding in the bearish zone, suggesting chances of the bearish trend in the EUR/USD pair. Let’s stay bearish below 1.1180 and bullish above 1.1110 today.

The British pound sank 0.8% to $1.3147, halting a six-day rally. Research firm Markit will release U.K. Construction PMI for December (45.9 expected). However, Boris Johnson has pledged that U.K. would leave E.U. on January 31 and has announced to make his Brexit deal as a law in case no transaction was secured by the end of 2020 with E.U. in terms of trade.

PM Johnson insisted that 11 months period was enough to reach a trade deal with E.U., but critics have argued that the timetable was too tight and could lead to a no-deal Brexit. This has been weighing on British Pound, and hence, GBP/USD started to fell at the start of the New Year.

Meanwhile, the U.S. dollar gained traction in the market after the losses of 6 consecutive days on Thursday.

The trader’s comeback after the holidays gave strength to the U.S. dollar when they re-entered in the market, and the volume of trades increased. Strong U.S. dollar added in the pressure of GBP/USD and caused the pair to lose its gains from the previous day.

Just like the EUR/USD, the GBP/USD pair has also completed a bearish retracement until 1.3045, which marks 61.8% Fibonacci Retracement area. Three black crows on the 2-hour chart are signifying bearish bias among traders. At the moment, the Cable is trading around 1.3050 level, and it may surge a bit above the 1.3045 area to target 1.3150 today.

The decline in the Manufacturing activity in the United States at the end of 2019 gave pressure to the U.S. dollar and dragged USD/JPY for 4th consecutive day on Thursday to the level of 108.2.

The US-China trade deal optimism gave strength to the U.S. dollar when it failed to grow the economy of China. In response to what, on Wednesday, the Chinese Central Bank announced that it was diminishing the quantity of cash that all banks need to hold as reserves around $15B. This move from China’s Central Bank was taken to improve the economic condition of the country.

The USD/JPY was facing triple bottom support around108.400 level, which has now been violated after the USD/JPY completed 23.6% retracement at 108.700. The USD/JPY pair is trading in a bearish channel, which is likely to keep this pair bearish below 107.900.