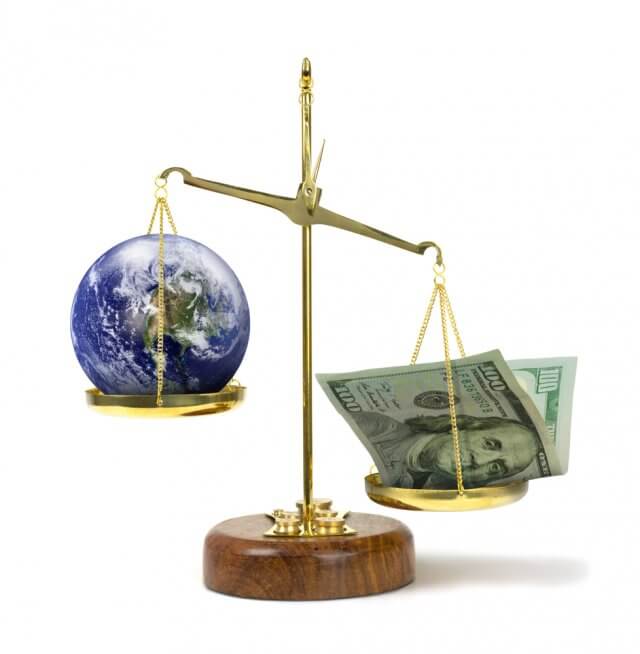 The eyes will remain on the Spanish Flash CPI y/y, the U.S. Chicago PMI, and Pending Home Sales m/m figures on the news side. However, these are low impact events and may not drive sharp moves in the market.

The EUR/USD pair was closed at 1.22489 after placing a high of 1.22748 and a low of 1.22066. EUR/USD currency pair raised on Tuesday for the 4th consecutive day as the U.S. dollar was weak across the board and risk sentiment was high. The European stocks closed higher on Tuesday following a rally on Wall Street in the previous session. The pan-European Stoxx600 indexes ended up 0.76%, with most sectors in the positive territory. The rally has improved the European sentiment in U.S. stocks on Monday that came in after President Donald Trump signed a $900 billion coronavirus relief package into law; the measure will include direct payment to most Americans by $600.

Previously, Trump has demanded a $2000 direct payment days before the signing. On Monday, the House of Representatives voted to increase the second round of direct federal payments to $2000 and left it up to the GOP-controlled Senate. After this, the U.S. stocks rallied and continued rising till Tuesday morning. This pressured on the U.S. dollar ultimately added in the EUR/USD pair’s upward direction on Tuesday.

However, the positive sentiment in Europe came after the Brexit trade deal was secured between the E.U. and U.K. on Christmas Eve. Following this, London’s FTSE100 index rose by 2% on Tuesday. On Monday, the 27 ambassadors from the European Union member nations formally accepted the deal implemented on January 1. This news also supported the upward momentum in the currency pair EUR/USD pair on Tuesday.

She tweeted that they had decided to take an additional 100 million doses of the Pfizer/BionTech vaccine that has already being used to vaccinate people across the E.U. After some of the vaccine contestants organized by the E.U, this plan came in after some of the vaccine candidates faced unexpected delays in clinical trials that forced the bloc and other wealthy nations to rely on shots from fewer manufacturers than initially planned.

The E.U. officials said that the two firms have committed to rapidly deliver 200 million doses after regulatory approval for 15.5 euros per piece. The extra 100 million will be delivered at the same price, but the timetable will be negotiated as they will be delivered in 2021. The E.U.’s goal to roll out vaccine at the mass level also supported the local currency Euro and supported the upward momentum in EUR/USD pair.

The risk sentiment in the market driven by the vaccine rollout, U.S. stimulus, and the Brexit optimism also kept pushing the pair EUR.USD even higher on the board on Tuesday. Moreover, on the data front, at 19:00 GMT, the S&P/CS Composite -20 HPI for the year from the U.S. rose to 7.9% in October from the expected 7.0% and supported the U.S. dollar that capped further upside in the EUR/USD prices.

The EURUSD has violated the ascending triangle pattern, which was extending resistance at 1.2265 level, and above this, the odds of bullish trend continuation remain pretty stable. On the lower side, the support stays at the 1.2266 level, and the continuation of an upward trend can lead the pair towards the next resistance level of 1.2317. A slight downward retracement can be expected before a further upward trend.

The GBP/USD pair was closed at 1.35009 after placing a high of 1.35225 and a low of 1.34405. The GBP/USD pair raised on Tuesday despite the rising number of coronavirus cases in the U.K. amid the Brexit development and improved risk sentiment.

The GBP/USD pair was supported on Tuesday from the rising risk sentiment in the market due to more optimistic news from the vaccine front. The U.K. has covered the way for widespread vaccinations with a homegrown shot that will be less expensive and easier to transport and store than other vaccines. For this purpose, the vaccines developed by the University of Oxford and AstraZeneca were set to get approval from the U.K. for emergency use authorization.

The U.K. drug regulator, the Medicines and Health products Regulatory Agency, will imminently authorize the AstraZeneca and Oxford University vaccine for emergency use within days to control the spread of coronavirus in the country. The vaccine’s efficacy rate is 90% after taking two doses, as one dose will provide only 62% efficacy against the coronavirus. Approving another vaccine will help the U.K. government battle against the coronavirus pandemic and lift the severe social distancing restrictions put in place before Christmas.

On the Brexit front, four days after sealing a free trade agreement with the European Union, the British government warned businesses to get ready for disruptions and bumpy moments when the new rules affect Thursday night. On Monday, the Businesses were scrambling to digest the details and implications of the 1240 page deal sealed between the U.K. and the E.U. on Christmas Eve. Meanwhile, E.U. ambassadors gave their unanimous approval on Monday to the Brexit trade deal with the U.K. However, the deal still needs approval from the E.U. legislature that is expected to come in February. At the same time, the U.K.’s House of Commons is expected to approve it on Wednesday.

After its approval by 27 E.U. ambassadors, the Brexit trade deal’s optimism gave support to British Pound that ultimately pushed the currency pair GBP/USD higher on the board despite the rising number of coronavirus cases in the country. Furthermore, the U.S. dollar was also weak across the board, which also helped the GBP/USD pair keep posting gains on Tuesday. Trump signed the second stimulus bill on Sunday that weighed heavily on local currency. Whereas, on the data front, at 19:00 GMT, the S&P/CS Composite -20 HPI for the year from the U.S. surged to 7.9% in October from the predicted 7.0% and supported the U.S. dollar that capped further gains in the GBP/USD prices on Tuesday.

The USD/JPY pair was closed at 103.530 after placing a high of 103.824 and a low of 103.461. After posting gains for two consecutive days, USD/JPY dropped and posted losses on Tuesday amid the broad-based U.S. dollar weakness despite the risk sentiment. The U.S. Dollar was weak on Tuesday as investors were hopeful that Senate would pass the additional $1400 in stimulus paychecks. The greenback that measures the value of the U.S. dollar against the basket of six currencies was down by 0.24% on Tuesday and weighed on the USD/JPY pair.

The House of Representatives approved the rise in the amount of the stimulus checks from $600 to $2000 earlier in the week. Now the eyes have turned to Senate, where the Majority Leader Mitch McConnell moved to block the rise in the amount on Tuesday. Whereas, U.S. President Donald Trump has urged him to approve the increase in the number of stimulus paychecks.

The greenback has seen steady losses since U.S. President Donald Trump has signed the $2.3 trillion coronaviruses and spending bill on Sunday. Investors shifted from the U.S. dollar immediately after as more stimulus prospects reduced the demand for safe-haven assets. The country’s economic recovery was under threat as the U.S. continuously saw a large number of coronavirus cases, and it has increased the hopes for more fiscal stimulus measures from Congress. Hence, investors kept selling the U.S. dollar in hopes that the Senate could pass the increase in the number of stimulus checks at the last minute.

Furthermore, another reason behind the weakness of the U.S. dollar was that some investors warned that the dollar would fall further in 2021 as President-elect Joe Biden will roll out further stimulus measures. Biden and his administration will come into power on January 20. Despite the weakness of the U.S. dollar, the USD/JPY pair was also falling on the back of increasing figures of coronavirus cases in the U.S. There were also reports suggesting that the new variant of coronavirus first discovered in the U.K. has reached the U.S. The health officials in Colorado confirmed that the infected individual was held in isolation in Elbert Country and that the person was in his 20s and had no travel history.

Meanwhile, on the data front, at 19:00 GMT, the S&P/CS Composite -20 HPI for the year from the U.S. advanced to 7.9% in October from the anticipated 7.0% and supported the U.S. dollar that capped further losses in the USD/JPY prices on Tuesday.

On the other hand, the losses in USD/JPY pair were also capped by the reports that AstraZeneca and University of Oxford’s vaccine were set to receive approval from the U.K.’s regulatory for emergency use authorization. This resulted in improved risk sentiment and weighed on the Japanese Yen due to its safe-haven status and capped further losses in the USD/JPY pair on Tuesday.

The USD/JPY violates the sideways range at the 103.500 level. It was a support level extended by an ascending triangle pattern that has already been violated. On the 2 hour timeframe, the USD/JPY pair is gaining support at 103.250 and 102.980 levels along with a resistance level of 103.575, which is extended by a triangle pattern that got violated. The pair is now closing a doji candle over 103.260 support level that suggests odds of bullish correction. On the higher side, the pair can lead towards the 103.575 level and then offer us a sell trade. Let’s brace for it. Good luck!