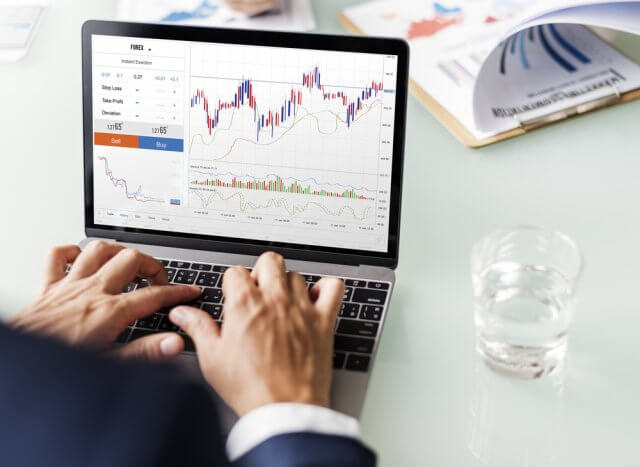 On the news front, eyes will remain on the German Final CPI m/m, which are expected to remain unchanged, and it may not drive any major movement in the market. BOE Gov Bailey is due to hold a press conference about the Financial Stability Report in London. Euro Summit also remains in highlight as the heads of state from the European Union countries are due to discuss the banking union and the capital markets union in Brussels.

The EUR/USD closed at 1.21215 after placing a high of 1.21588 and a low of 1.20633. After falling for four consecutive days, the EUR/USD pair rose on Thursday amid the European Central Bank’s latest decision.

On Thursday, the European Central Bank held its interest rates on its main refinancing operations at 0.00%, marginal lending facility at 0.25%, and the deposit facility at -0.50%. ECB said that it would continue to monitor the exchange rate’s developments about their possible implications for the medium-term inflation outlook.

The European Central Bank expanded its massive monetary stimulus program by another 500 billion euros as the second wave of lockdown measures weighed on the euro area’s economic recovery. It also expanded the emergency bond purchases scheme for nine months worth 1.85 trillion euros and aimed to keep firms and governments afloat until the economy was ready to re-open.

Central Bank also announced that it would hold the interest rates at the same level until the inflation outlook comes close to its below 2% target. The additional support to the Eurozone economy from ECB added that the Eurozone economy will now recover quickly. These hopes added strength in the single currency Euro that helped EUR/USD pair to post gains on Thursday. Meanwhile, on the Data front, at 12:45 GMT, the French Industrial Production for October raised to 1.6% against the expected 0.4% and supported the single currency Euro. From the U.S. side, at 18:30 GMT, the CPI for November rose to 0.2% against the estimated 0.1% and supported the U.S. dollar. The Core CPI for November also raised to 0.2% against the expected 0.1% and supported the U.S. dollar. The Unemployment Claims from last week rose to 853K against the forecasted 723K and weighed on the U.S. dollar that added strength in the EUR/USD pair on Thursday.

The U.S. dollar was also weak on Thursday as the Unemployment claims rose from their expected level during last week due to increased restrictive measures in the U.S. and supported the EUR/USD pair’s upward trend. Furthermore, the U.S. dollar came under more pressure after releasing additional stimulus by the European Central Bank. The U.S. lawmakers were also unable to sort out disagreements over aid to state and local governments, holding up a broader spending package. The U.S. dollar weakness added further support to the upward momentum of the EUR/USD pair.

The technical side of the EUR/USD continues to remain the same as the pair is trading at 1.2103 level, facing immediate resistance at 1.2160 and 1.2196 level along with a support level of 1.2085. Closing of candles below the 1.2103 level can send the EUR/USD pair further lower until 1.2080 and 1.2040. Euro Summit will remain in highlights, and the choppy session is expected until the release of the event.

The GBP/USD pair was closed at 1.32900 after placing a high of 1.34108 and a low of 1.32453. The GBP/USD pair declined on Thursday as the meeting between PM Boris Johnson and E.U. Commission President Ursula von der Leyen failed to bridge major gaps between them.

PM Boris Johnson offered his ministers to prepare for the strong possibility of a no-deal Brexit. He said that the E.U.’s current offer was unacceptable because the U.K. could not be treated like its twin. He added that the deal offered by the E.U. was not sensible and was unlike any other free trade deal. He said that it was a way of keeping the U.K. locked in the E.U.’s regulatory orbit.

Johnson added a strong possibility that they would have a solution that will be much more like an Australian & Canadian relationship with the E.U. However, after the meeting, the PM Boris Johnson and E.U. Commission President Ursula von der Leyen agreed that a firm decision should be taken about the future of the talks by Sunday. The talks between the E.U.’s top negotiator Michel Barnier and the U.K.’s top negotiator David Frost will resume Brussels. Whereas, Foreign Secretary Dominic Raab said that it was unlikely the negotiations would be extended beyond Sunday.

Moreover, the E.U. outlined contingency measures for a no-deal Brexit that reflected significant uncertainty whether a deal would be in place on January 1, 2021. This also raised the expectations that a Brexit deal might not be reached and weighed on GBP/USD pair on Thursday.

The GBP/USD is trading at the 1.3313 level, holding below an immediate resistance level of 1.3322. On the upper side, the GBP/USD pair can lead to a 1.3390 level, and support stays at 1.3269, which is extended by a double bottom level. Selling bias seems dominant, therefore, we should be looking for a sell trade only upon the violation of 1.3265 level. The lagging technical indicators like 50 EMA is suggesting selling bias, thus we should look for selling trades below 1.3400 and upon breakout 1.3265 level too.

The USD/JPY was closed at 104.212 after placing a high of 104.577 and a low of 104.139. The USD/JPY pair rose in the early trading session on Thursday amid the rising risk sentiment in the market after the stimulus measure from ECB and the vaccine optimism. On Thursday, an independent committee of experts recommended the U.S. Food and Drug Administration to approve the use of Pfizer and BioNtech’s coronavirus vaccine for people over the age of 16. It will be up to the FDA to decide whether to follow the recommendation or not. The agency is anticipated to announce its decision within days, and if it decides to approve the vaccine, then the health care workers could begin receiving the shots almost immediately.

The vaccine optimism in the U.S. raised the risk sentiment in the market as the chances for vaccine approval raised the chance for quick economic recovery and weighed on the safe-haven Japanese Yen, which ultimately added gains in the USD/JPY pair. The European Central Bank announced expanding its debt purchases scheme and further stimulus measures that also added in the market’s risk sentiment and supported the upward trend in the USD/JPY pair after weighing on the safe-haven Japanese Yen.

However, the USD/JPY pair failed to hold its gain on Thursday and started to decline as the U.S. Unemployment claims from last week raised to their highest since September 19 level. The rise in Americans’ jobless claim benefits was due to the states’ increased restrictive measures that halted economic activities. The raised unemployment claims weighed on the U.S. dollar and dragged the USD/JPY pair on the downside.

On the data front, at 04:50 GMT, the BSI Manufacturing Index for the 4th quarter raised to 21.6 from the expectations of 3.5 and supported the Japanese Yen and weighed on the USD/JPY pair. The Producer Price Index from Japan came in line as expected -2.2%.

The USD/JPY violation of the symmetric triangle pattern at 104.346 faked out as the safe-haven currency pair reversed trade within the same triangle pattern. The current trading range of the USD/JPY pair remains 104.375 – 103.650, and violation of this range can extend the selling trend until the next support area of 103.200 level. Typically, such a triangle pattern can breakout on either side; this, we should be careful before opening any trade. The market is neutral as investors seem to wind up their positions ahead of the December holidays. Good luck