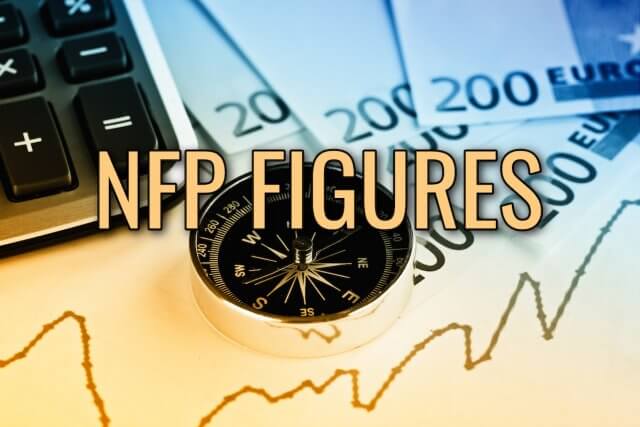 The eyes will remain on the U.S. NFP data on the news side, which is expected to report a slight drop from 661K to 595K during the previous month. Besides, the U.S. Average Hourly Earnings m/m and Unemployment Rate will also remain the main highlight of the day, and these may determine the USD trend for today and next week. Let’s wait for the news.

The U.S. dollar came under fresh pressure after the chances for Joe Biden looked increasingly likely to claim the U.S. presidency. Furthermore, the U.S. stimulus package’s expectations will be delivered by any elected government after the results will also be announced exerted pressure on the U.S. dollar and supported the EUR/USD pair’s upward momentum.

Meanwhile, the European Commission reduced its economic growth prediction for next year after governments’ reintroduced lockdowns to control the coronavirus infections. On Thursday, the E.U. executive in Brussels anticipated Eurozone growth of 4.2 percent in 2021, down from 6.1 percent anticipated in July. For 2020, it expects the economy to shrink by 7.8 percent.

Furthermore, the ECB Governing Council member and Bundesbank President, Jens Weidmann, said that it was important for the ECB’s monetary policy to remain expansionary on Thursday. These dovish comments from ECB’s governing council member also added further pressure to cap the gains in EUR/USD. However, investors’ focus remained on the U.S. Presidential election as a winner has not been announced. As few states were still counting votes while the U.S. President Donald Trump is already disputing some results in court. It weighed heavily on the U.S. dollar and pushed the EUR/USD pair higher on board.

The EUR/USD pair is trading sideways between a narrow trading range of 1.1859 – 1.1759 amid a weaker dollar. A bearish breakout of the 1.1759 level may extend the selling trend until the 1.1727 level. Simultaneously, the bullish crossover of the 1.1859 area can lead the EUR/USD pair until 1.1895. Breakout highly depends upon the U.S. NFP data today.

The GBP/USD pair was closed at 1.31502 after placing a high of 1.31545 and a low of 1.29309. The British Pound remained in demand and moved higher on Thursday against the U.S. dollar as the chances of Biden victory increased with the counting of votes.

The Bank of England announced on Thursday that it would expand its bond-buying structure by £150 billion to £895 billion, more than the estimates of a more modest £100 boost. Moreover, the BoE also renounced from setting negative interest rates that prompted investors to price that contrary development out.

Meanwhile, on late night Thursday, the Federal Reserve decision on interest rate did just like expected and left rates and bond-buying unchanged. The emphasis was on easing an additional stimulus required from the U.S. government and weighing on the greenback throughout this week.

The U.S. Dollar Index slipped to its lowest of 92.4880 on Thursday and gave strength to the rising GBP/USD pair. On the other hand, the Bank of England’s Monetary Policy Committee unanimously voted to maintain its benchmark bank rate at 0.1%. The market attention was captured by the changes to their Quantitative Easing and economic estimates mentioned in the monetary policy report.

The committee told that the rapid rise in COVID infection rates and subsequent restrictions across the U.K. forced it to respond by increasing its asset purchasing program by 150 billion British Pound to a total of 95 billion Pound surpassed the majority of market expectations of just a 100 billion increase.

The program will last until the end of 2021 beyond the summer, and instead of declining, the British Pound increased as the U.S. dollar was also declining on the day amid the election uncertainty. This added support to the GBP/USD pair that rose above the 1.31500 level on Thursday.

On the data front, the Asset Purchase Facility was increased to 895B against the expected 845B. The official bank rate from the Bank of England remained at 0.10%. At 14:30 GMT, the Construction PMI from Britain also declined to 53.1 against the forecasted 55.0.

From the U.S. side, at 17: 30 GMT, the Challenger Job Cuts for the year from the U.S. came in as 60.4% in comparison to the previous 185.9%. At 18:30 GMT, the Unemployment Claims for the last week advanced to 751K against the projected 740K and weighed on the U.S. dollar that added further to the GBP/USD pair’s gains. The Prelim Nonfarm Productivity for the quarter rose to 4.9% against the projected 3.6% and weighed on the U.S. dollar that added strength to the GBP/USD pair. At 18:32 GMT, the Prelim Unit Labor Costs for the quarter came in as -8.9% against the estimated -10.0% and supported the U.S. dollar.

Meanwhile, the U.S. dollar was also weak due to Biden’s chances of victory that would allow the issuance of a massive stimulus package after the election results. These hopes also weighed on the U.S. dollar and supported the GBP/USD pair’s upward trend.

Just like the EUR/USD, the GBP/USD is also trading sharply bullish, having violated the narrow trading range of 1.3122 – 1.2940 area. The Cable has recently broken the double top resistance level of 1.3017 level and now heading further higher until the 1.3158 resistance area. Above this level, the odds of buying remain strong today. On the higher side, the Sterling may find next resistance around 1.3182 while the bearish breakout of 1.3037 may lead the Cable towards the 1.3005 level. Price action highly depends upon the U.S. NFP data today.

The USD/JPY pair was closed at 103.514 after placing a high of 104.547 and a low of 103.441. The USD/JPY pair dropped to its lowest level since March 2020 on the back of a weak U.S. dollar due to increasing hopes for Biden recovery. On Thursday, the Federal Reserve kept its benchmark interest rate unchanged at 0-0.25% range along with its target for asset purchases. According to the monetary policy statement, the economic activity and the employment levels have continued recovering, although they remain at levels well below those at the beginning of the year. The Federal Reserve also warned that the weaker consumer demand and the falling oil prices were holding down consumer inflation.

The comments from Fed chair Jerome Powell remained dovish as he affirmed that the pace of improvement has moderated. He also said that the economic activity continued to recover; he also warned about the highly uncertain path ahead that might have increased negative pressure on the U.S. dollar and added in the USD/JPY pair’s losses.

The U.S. dollar reversed its direction on Thursday from the previous day on the back of expectations of Joe Biden’s recovery as the counting of votes was in his favor so far. However, U.S. President Donald Trump has already filed lawsuits for recounting that could delay the results of the U.S. Presidential election.

The main driver of the USD/JPY pair on Thursday was Biden’s chances of winning the U.S. election 2020 as he will issue a massive stimulus package, which would cause a decline in the U.S. dollar strength.

The USD/JPY has violated the descending triangle pattern at 104.149 area, and on the lower side, it’s heading towards the next support area of 103.300 level. Violation of these ranges may determine the next trend in the USD/JPY pair. A bullish breakout of 104.149 level can extend the buying trend until 104.880. Conversely, the bearish breakout of 103.300 can lead the USD/JPY pair towards the 102.530 area. The MACD is also showing bearish bias among investors; therefore, let’s wait for a breakout before taking the next position in the USD/JPY. Good luck!