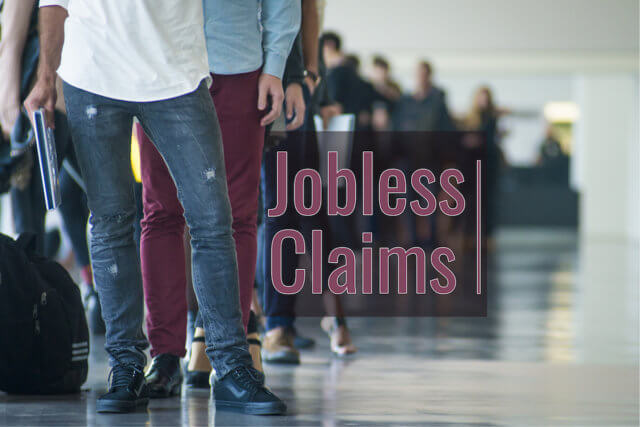 On the forex front, the ICE U.S. Dollar Index rose 0.5% on the day, to 99.47, supported by weak but better-than-expected U.S. economic data. On Thursday, the eyes will remain on the European Commission, which is due to report February January PPI (-0.8% on year expected). In the U.K., the Nationwide Building Society will publish its house price index for March (flat on month expected).

Overall, the market is lacking trading volume and volatility, but the focus will remain on the European economic events. The European Commission will report February January PPI (-0.8% on year expected).

The market risk-off sentiment could more worsen if the U.S. initial jobless claims ignore past expectations, which will send the EUR/USD currency pair to the fresh lowest level.

Besides the weekly data, the EUR/USD currency pair will likely take clues from the U.S. trade balance and factory orders, which both are scheduled to release during the North American trading hours. The European data calendar seem empty with just Eurozone Producer Price Index, due for release at 09:00 GMT.

The GBP/USD lost 0.3% to 1.2382. Yesterday, Sterling surged as traders reconciled their portfolios before the end of the first quarter of 2020, although analysts said the currency remained fragile. While than expected, economic events throughout the first quarter continued to weigh on the market’s risk-tone during the early Asian session.

The virus forced the global rating agency Fitch towards taking action on the eighteen United Kingdom Banking sector to reflect the downside risks to their credit profiles. To control the deadly disease, the British policymakers ordered almost 2-million testing kits from China; half of them will come this week, whereas officials are still evaluating the accuracy of kits.

Whereas, Wall Street dropped 4% because President Trump already gave warning to the USA about the painful two weeks ahead. Although, the White House expected that the coronavirus pandemic could take 100,000 to 240,000 lives, even if the U.S. follows social distancing guidelines.

While the U.S. cases crossed the 200,000 marks, moreover, the Fed also took measures to keep large banks liquid. Looking forward, the U.S. and the U.K. government’s respective policy measures to control the disease will be the major event to watch for near-term direction; the U.S. Jobless Claims will also be essential to watch.

Later in the day, the U.S. initial jobless claims are scheduled to release at 12:30 GMT. After a record, 3.283 million claims in the week to March 21, the Bloomberg median forecast is for an even more stunning 3.70 million claims were lodged this week. Continuing claims for the week to March 21 are seen jumping from 1.8mn to 4.94mn, which is causing a surge in the safe-haven appeal.

The GBP/USD trade sideways in between the same trading range of 1.2275 – 1.2425. On the 4 hour timeframe, the cable has formed neutral candles as we may not see further trends until and unless the pair manages to come out of this narrow range. For that reason, the pair needs a solid fundamental reason, which we are not expecting from the United Kingdom today. Let’s see if U.S. claims help drive some price action in the market.

The USD/JPY is flashing green but reversed almost 30 pips from the early Asian high level. The pair is still struggling to hold its gain above 107.00 due to the greenback, which is exhibiting a fresh mild weakness after moderate recovery in the equity market. However, the slight improvement in the global risk sentiment also weakened the safe-haven Japanese yen and provided some lift to the pair during the early part of Thursday.

At this moment, the USD/JPY is trading at 107.22 and consolidates in the range between the 107.06 – 107.57. Where, the intensifying fears regarding the economic recession from the coronavirus pandemic and a recent decline in the U.S. Treasury bond yields capped further gains in the pair, instead prompted some fresh selling at higher levels.

On the other hand, Tokyo also reporting a record hit in daily coronavirus (COVID-19) cases extended school holidays through May 06. Recently, Japan’s Economy Minister Nishimura said that we would consider support for production rise and adopting of ECMO as part of the economic plans to combat from the COVID-19.