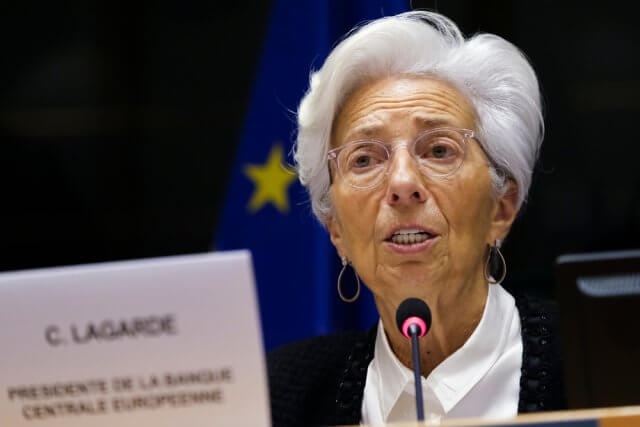 The eyes will remain on the German Prelim CPI and Spanish CPI figures during the European session on the news front. At the same time, the C.B. Consumer Confidence and series of FOMC member’s speeches are likely to remain in the highlights today. Economists are expecting C.B. Consumer Confidence to perform better than before. Therefore the U.S. dollar can trade with a bullish bias today.

The EUR/USD pair was closed at 1.17416 after placing a high of 1.17452 and a low of 1.16569. Overall the movement of the EUR/USD pair remained bullish throughout the day. On Tuesday, the EUR/USD pair surged and recovered most of its previous 3-4 days losses on the back of broad-based U.S. dollar weakness and rising risk sentiment in the market. The U.S. dollar came under fresh pressure ahead of the U.S. first Presidential debate and provided great support to its rival currency Euro on Tuesday.

The dovish comments from the ECB president and the weakness of its rival currency U.S. dollar improved the market’s risk sentiment ahead of the U.S. presidential debate and supported the riskier EUR/USD currency pair on Tuesday.

On the data front, The German Prelim Consumer Price Index (CPI) for September dropped to -0.2% from the projected -0.1% and weighed on single currency Euro. At 12:00 GMT, the Spanish Flash CPI for the year remained flat with the projected -0.4%. The data from Europe had an almost null impact on EUR/USD pair because traders’ focus was solely on the U.S. dollar weakness amid the rising hopes of next U.S. stimulus measures.

From the U.S. side, at 17:30 GMT, the Goods Trade Balance for August dropped to -82.9B from the expected -81.8B and weighed on the U.S. dollar. In August, the Prelim Wholesale Inventories rose to 0.5% from the forecasted -0.1% and weighed on the U.S. dollar. The weak U.S. dollar added further support to the rising EUR/USD prices. The greenback was further declined after the dovish comments from Fed officials on Tuesday and the U.S. stimulus package’s rising hopes.

The U.S. Treasury Secretary Steven Mnuchin and the House Speaker Nancy Pelosi have said that the next round of coronavirus aid packages will be delivered soon. Both parties held a meeting on Monday and were optimistic that a deal between Republicans & Democrats was highly possible on the $2.2Tpackage.

These rising optimism added to the risk sentiment and provided strength to the Euro currency against the U.S. dollar. The U.S. Dollar Index was already under pressure and was testing the critical support zone near 93.40 level on Tuesday, and Euro’s regained strength pushed it even on the downside. Meanwhile, the latest move from ECB’s President Christine Lagarde over the next round of stimulus package from the European government to refrain from mentioning anything about it and saying that the bank was ready to act as need, also supported the risk sentiment and rising EUR/USD prices.

Lagarde said that coronavirus’s impact across Europe was still intact as people were continuously losing their jobs, and the prospects for the future were still uncertain. She said that economic activity in the third quarter was rebounded, but the recovery was still incomplete, uneven, and uncertain. These dovish comments kept weighing the local currency.

However, the main driver of EUR/USD’s latest surge was the weak U.S. dollar because the Euro was facing an all-time pressure of rising coronavirus cases in the region. As the coronavirus infections rose in European nations, the need for stimulus also increase and exerted downside pressure on the Euro currency. These lingering fears that the second wave of coronavirus pandemic could cause a lasting impact on the European economy kept the gains in the EUR/USD pair limited on Tuesday. As for the U.S. dollar weakness, it is expected to remain until the U.S. Presidential debate between Joe Biden and Donald Trump that will start late at night in the U.S.

The GBP/USD closed at 1.28527 after placing a high of 1.29027 and a low of 1.28225. Overall the movement of the GBP/USD pair remained bullish throughout the day. The GBP/USD pair extended its bullish streak for the 5th consecutive day on Tuesday. The gains in the GBP/USD pair were due to the broad-based U.S. dollar weakness. The Brexit talks were resumed on Tuesday that also helped GBP/USD pair to gain some traction. However, the gains in currency air were limited as the United Kingdom was facing a strong wave of coronavirus pandemic. The dovish comments from Bank of England’s president also capped further upside in the GBP/USD pair.

The greenback was weak across the board ahead of the first U.S. presidential debate between U.S. President Donald Trump and Former U.S. President Joe Biden that will begin late in the U.S. on Tuesday. The renewed hopes that the U.S. will announce the next round of coronavirus aid package soon after White House Speaker Nancy Pelosi said that she hoped that Democrats and Republicans would reach a consensus on the stimulus package soon.

Apart from U.S. dollar weakness, the positive data from Great Britain also helped GBP/USD pair’s gains on Tuesday. The Mortgage Approvals from the U.K. hit their highest since October 2007 on Tuesday and reached 85K against the forecasted 72K in August and supported British Pound. Meanwhile, at 13:30 GMT, the Net Lending to Individuals dropped to 3.4B from the expected 5.2B and weighed on Pound. The unexpected rise in Mortgage Approvals in the U.K. added further support to the rising GBP/USD pair on Tuesday.

Furthermore, the Final round of Brexit talks between the U.K. and E.U. resumed on Tuesday despite the British Prime Minister Boris Johnsons attempt to undermine the Brexit withdrawal agreement by proceeding with an internal market bill. The negotiations mean that the Brexit deal was still on the table and could be reached, and this renewed Brexit deal hopes they supported the GBP/USD gains on the day.

Whereas, the gains were capped by many factors, including the ongoing strong wave of coronavirus pandemic in Great Britain. PM Johnson has already imposed many restrictions, including a new bill of six-people gathering and closing pubs, bars, and theaters before 10 pm, and the situation regarding pandemic is not settling.

Further restrictions would hurt the economic recovery and lead the central bank to look into negative interest rates. The latest comments made by the governor of Bank of England, Andrew Bailey, have increased the market’s fears. He said that BoE was not out of ammunition to fight with the pandemic crisis. He added that negative interest rates were not ruled out, but they were realistic options in a challenging environment. These dovish comments from the Bank of England governor weighed on local currency GBP and forced GBP/USD pair to lose some of its earlier daily gains.

On the U.S. front, the macroeconomic data was mixed and failed to provide a significant pair movement. Whereas, the U.S. Dollar Index saw fresh pressure and fell to 93.4 level ahead of the U.S. Presidential debate. This kept supporting the upward trend of GBP/USD throughout the day.

The GBP/USD is trading with a bullish bias at 1.2875 level, having violated the sideways trading range of 1.2770 to 1.2725 level. Most of the buying trend was triggered amid stronger Sterling and weakness in the U.S. dollar. The Cable has formed an upward channel on the hourly chart that may support the pair at 1.2827 level along with a resistance level of 1.2909 level. Bullish crossover of 1.2900 level can open up further buying room until 1.2998 level today. Let’s consider taking buying trades over 1.2827 level today.

The USD/JPY pair was closed at 105.677 after placing a high of 105.733 and a low of 105.340. Overall the movement of the USD/JPY pair remained bullish throughout the day. The USD/JPY pair continued its bullish streak for the 7th consecutive day on Tuesday despite the broad-based U.S. dollar weakness across the board ahead of the Presidential debate on the day. The rally in the USD/JPY pair could be attributed to the improved risk sentiment in the market as the U.S. stimulus measure’s hopes increased.

Furthermore, the gains in the USD/JPY pair could also be attributed to the unexpected rise in the Consumer Confidence from the U.S. and the statements made by Fed officials.

The CEO of the New York Federal Reserve, John C. Williams, said that full employment and growth in the labor sector was needed to recover from the pandemic induced recession. He also added that the recession was more robust than it was expected, and it would almost need 3-years to go back to pre-pandemic levels. The President of Philadelphia Federal Reserve, Patrick Harker, said that as long as the vaccine is not approved, the economic recovery depends on the mask’s usage to control the spread of the virus. He said that even if the spread of the virus were slow down, the recovery would still need the employment figures to reach the fullest and this could only be possible if people would feel safe to go to their work and that is why the usage of masks eve in indoor holds an important part in economic recovery.

Harker also said that a renewed aid package was essential for coronavirus-affected individuals and unemployed people, and small businesses. He also proposed that a $1Trillion package in aid would be needed to help the falling U.S. economy. On the other hand, the Vice Chairman of the Federal Reserve, Richard Clarida, said that Fed would not increase interest rates until the employment reached its full level, and the inflation target is met or surpassed the 2% level. According to the Fed, the inflation target could be met in 2023, not before that, and it means the interest rates will remain at the lowest level for more than three years. This weighed on the greenback but failed to reverse the USD/JPY pair’s movement.

Furthermore, the U.S. Treasury Secretary Steven Mnuchin and House Speaker Nancy Pelosi said that they were hopeful that a deal would be reached between Republicans & Democrats over the $2.2Trillion package. These optimistic hopes raised the market’s risk sentiment that weighed on the safe-haven Japanese Yen and supported the upward momentum of the USD/JPY pair.

The technical side of the safe-haven pair USD/JPY continues to be steady as it’s consolidating with a bullish bias to trade at 105.460 level, and the series for EMA is now extending at 105.750 level. On the lower side, the support holds at 105.300 level. The MACD also supports the bullish bias amid a stronger U.S. dollar and diminished safe-haven appeal. A bullish crossover of the 105.750 is likely to lead the USD/JPY price towards the next resistance level of 106.250. As we can see, the 50 periods EMA is also in support of buying; therefore, we should look for buying trades in the USD/JPY pair. However, bearish trend continuation and violation of the 105.300 level can open further room for selling until 104.900. Good luck!