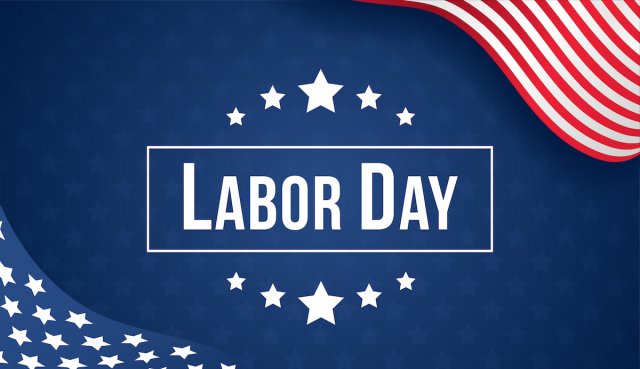 On the news front, eyes will remain on the U.K. Halifax HPI m/m and European Sentix Investor Confidence figures, but these are hardly expected to drive any market movement today. We may experience a lack of volatility in the market amid the Labor Day holiday in the U.S.

The EUR/USD pair was closed at 1.18370 after placing a high of 1.18652 and a low of 1.17806. Overall the movement of the EUR/USD pair remained bearish throughout the day. The EUR/USD pair dropped on Friday amid the broad-based U.S. dollar strength against Euro as the tensions rose in the market that ECB was uncomfortable with the Euro rise. Another reason included in the fall of the currency pair was the strong US Jobs data and weak German Factory Orders. The decreasing risk sentiment due to increased US-China tensions and the rising number of coronavirus also added in the losses of the EUR/USD pair on Friday.

On Thursday, the U.S. dollar extended its gains as investors started to sell Euro against it because the European Central Bank was worried about the rising prices of local currency. This pushed the U.S. dollar 1.3% upside down the 28-month low level that it hit on Tuesday.

Earlier this week, the Euro touched 1.20 level, and the worries increased in the market that the rise in prices had come too fast and strong for the ECB to like it. These concerns were even confirmed by the ECB policymakers that reportedly warned that if the Euro kept increasing, it would weigh on the exports and drag down the prices and eventually increase the need for more monetary stimulus. These concerns also followed the remarks from ECB Chief Economist Philip Lane, who said that the exchange rate does matter for the monetary policy. It weighed on Euro and ultimately dragged the EUR/USD pair on the downside.

On the data side, the German Factory Orders in July were released at 11:00 GMT that decreased to 2.8% from the projected 5.1% and weighed on Euro that added pressure on EUR/USD pair. At 11:45 GMT, the French Government Budget Balance in July reported a deficit of -151.0B compared to June’s 124.9B.

Furthermore, the fading risk sentiment also added in the EUR/USD pair’s losses as the escalating US-China tensions weighed on market sentiment. The Chinese government stopped renewing press credentials for foreign journalists working for American press organizations in China. China has also said that it will proceed with removals if the Trump administration takes any further action against Chinese media employees in the U.S.

Meanwhile, the coronavirus cases in Europe rose again and jumped back to the figures recorded in mid-March, the time of disease peak across the continent. Spain saw the highest daily cases since April and recorded 8959 cases in just 24 hours. Spain is one of the hardest-hit European countries by the coronavirus pandemic, with 488,513 cases. These pandemic related tensions also kept the risk sentiment under pressure that weighed on local currency and added the EUR/USD pair’s losses.

The EUR/USD bounced off over the support level of 1.1795, and now it’s heading further higher until the next target of 1.1890. The pair may find an immediate resistance at 1.1860 level. Conversely, the EUR/USD may find support at 1.1808 and 1.1780 levels. We can expect choppy trading today amid U.S. bank holidays in the wake of labor day. Neutral bias prevails in the market today.

The GBP/USD pair was closed at 1.32820 after placing a high of 1.33189 and a low of 1.31754. Overall the movement of the GBP/USD pair remained flat throughout the day. The GBP/USD pair dropped to 6-days lowest level on Friday after the release of dismal PMI data from Britain and more stimulus hopes from the U.K. Another factor involved in the GBP/USD pair’s downward momentum was the increased risks of no-deal Brexit.

On Friday, the British Pound fell and posted weekly losses for the first time in the month as experts warned that any potential recovery could get limited by the threats of no-deal Brexit. The recent success of the British Pound was partly due to the U.K. government’s success in preventing a second wave of coronavirus. However, the fears that the virus could return and could persist for a very long period as long as it is not contained in Europe weighed on GBP. The number of cases in European countries increased day by day, and it has also kept the GBP/USD pair.

Furthermore, the end of the Brexit transition period is near, and it has also brought the risk of a no-deal Brexit more into focus. No-deal has been reached so far, and in case of no-deal, the U.K. would trade with the E.U. on World Trade Organization rules from next year onward. It could affect both sides in real economic terms but above all for the British economy. It is because the European Union is the largest trading partner of the United Kingdom. These Brexit tensions also weighed on local currency and kept the GBP/USD pair under pressure on Friday.

Meanwhile, the monetary policy also offered reasons for caution on the British Pound after the Bank of England monetary policy committee members, including Governor Andrew Bailey, suggested negative interest rates could have a role play in the recovery of the economy. These dovish comments from BoE’s governor weighed on the local currency that dragged the pair GBP/USD towards the six days lowest level at the ending day of the week.

On the data front, at 13:30 GMT, the Construction PMI from Great Britain in August reported a decline to 54.6 from the anticipated 58.5 and weighed on the Sterling that ultimately weighed on GBP/USD pair. Whereas from the U.S. side, the Unemployment rate decreased to 8.4% from the projected 9.8%, and the Average Hourly Earnings rose to 0.4% against the estimated 0.0% and supported the U.S. dollar.

The weak Sterling and the strong Greenback played an important role in pushing the GBP/USD pair downward. Furthermore, On Friday, the interest-rate-setter of Bank of England, Micheal Saunders, said that it was possible that more stimulus would be needed for the U.K.’s economy that has been hit by the pandemic. This need for more stimulus confirmed by an official BoE’s member raised the concerns of recovery and weighed on the local currency and added pressure on GBP/USD pair.

The GBP/USD is trading with a selling bias at 1.3205 level, set to test the support level of 1.3168 level. The Cable is trading within a downward channel, which may extend support at 1.3175 level along with resistance at 1.3265. On the downside, the GBP/USD pair may find support at 1.3086 level upon the violation of the 1.3172 level. The MACD is also supporting selling bias; therefore, we will be looking for selling trades below the 1.3250 level.

The U.S. stock market slipped sharply during last week, with S&P 500 and the Nasdaq Composite indexes down by 3.5% and 5.05%. The fall in equities was caused by the lack of progress in the next coronavirus stimulus package by the U.S. government and overdue correction.