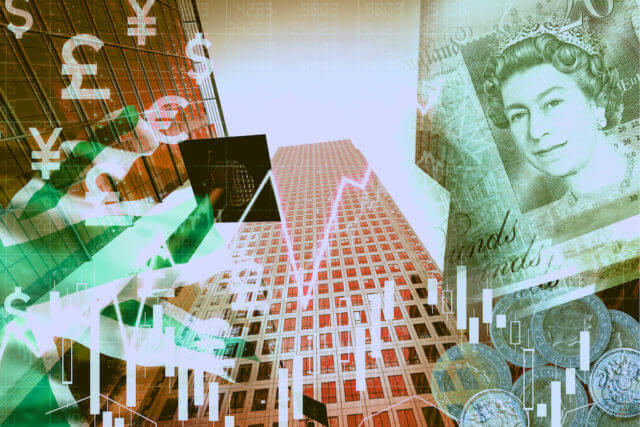 On Thursday, the dollar’s determined and blending strength will last well into next year, and even if an incomplete U.S.-China trade agreement is signed, it will at most hit the currency by 1-2% in the instant aftermath.

Today, the focus of traders stays on the series of services PMI figures from the Eurozone.

The EUR/USD currency pair flashing red and dropped for 3-consecutive days, this bearish trend considered as the biggest losing streak since early September. As of writing, the EUR/USD currency pair closed at 0.10% bearish during the Wednesday, as well as the pair was dropped by 0.33% and 0.48% during the Monday and Tuesday. The 3-day declining streak is the highest early September.

At the time of writing, the EUR/USD currency pair is currently trading at 1.1059, showing a 0.06% decline on the day. On the technical side, the technical outlook found on the bearish track with Wednesday close below 1.1073, which confirmed a double top bearish breakdown on the daily chart.

The possibility of Industrial production missing forecasts is high. That would support the bearish technical trend, probably increase the losses in the EUR. It should be noted that the upbeat expectation will likely a good sign of EUR currency. However, the strong close above 1.1073 is much needed to cancel the bearish trend.

The EUR/USD is trading with a bearish bias since it violated the bullish trendline support around 1.1125 area. On the 4 hour timeframe, the pair has formed strong bearish channels, which are signaling chances of further selling in the market.

At the moment, the EUR/USD is focusing on a crucial trading level of 1.1060 level, which is likely to determine the further direction of the pair. Below this level, the EUR/USD may gain support at 1.1040 and 1.1010 level today.

The GBP/USD pair hit the bearish track and hit the weekly low as the cautious sentiment of the GBP traders due to Super Thursday. As of writing, the GBP/USD currency pair currently trading at 1.2837, as well as the greenback is increasing across the board and uncertainty regarding the trade deal between Sino-US also leaving an impact on the EUR/USD currency pair.

At the Sino-US trade front, the condition surrounding the round-1 trade deal between the United States and China seems doubtful recently. Although, thee U.S. Dollar supported from the move as new thinkings of the Federal Reserves pause in the rate cut cycle.

On the other hand, the investors will strictly be observed to the speech of UK Chancellor Sajid Javid and second-tier data from the U.S., coupled with comments by the President and CEO of the Federal Reserve Bank of Dallas Robert Kaplan which is scheduled to deliver later.

Today, the whole focus stays on the Bank of England monetary policy report, where the BOE is widely supposed to keep the interest rate on the clutch at 0.75% today.

The GBP/USD hasn’t improved enough as it extends to trade sideways ahead of the Bank of England policy decision. The MACD and RSI have crossed below 0 and 50, respectively, suggesting the chances of a bearish trend in the GBP/USD. But the thing is, investors are staying out of the market ahead of BOE rate. On the downside, the GBP/USD may see next support around 1.2786, and the violation of this level can extend sell-off until 1.2690.

The USD/JPY currency pair are representing losses by 24-pips and currently trading at 108.74. As of writing, the USD/JPY currency pair is on the bearish attitude due to the moderate declines in the U.S. index futures. Notably, the futures on the S&P 500 and Nasdaq are reporting 0.12% and 0.17% losses; respectively, the uncertainty increased again between the United States and China trade deal.

While the United States ten-year treasury yields stop previous drops around 1.815% whereas the NIKKEI opens a tad lower after weak signals.

Whereas, the pairs traders cautious after the Tankan number & trade news. Tankan manufacturing poll, which tracks the steps of Bank of Japan’s (BOJ) essential Tankan quarterly survey, recently fell to the lowest since March 2013 during October.

At the Sino-US trade front, the condition surrounding the round-1 trade deal between the United States and China seems doubtful recently.

Looking ahead, the traders will keep their focus on the United States, and China round-1 phase, and Brexit details for getting fresh hints and clues as well as the trader will carefully observe the 2nd-tier data on the economic calendar. The greenback hit a bullish trend in the wake of the ISM beat.

On the technical side, the USD/JPY currency pair had shown the wrong direction to the buyers of the market during the last 48 hours as you know the pair dropped in 48 hours against the buyer’s expectations. The pair closed above the 200-day M.A. on Tuesday to fall back below the long-term M.A. in the overnight trade. Consider staying bullish above