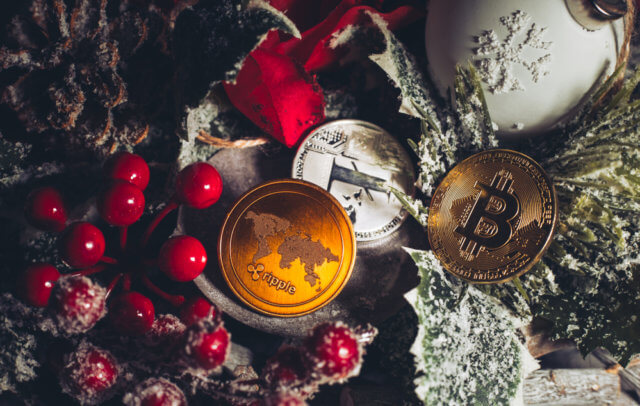 The cryptocurrency market has spent the weekend without much sudden movement. The vast majority of the cryptocurrencies, however, did end up in the green. Bitcoin’s price increased by 5.75% on the day. It is trading for $7,589 at the time of writing. Meanwhile, Ethereum gained 4.32%, while XRP gained 1.49%. 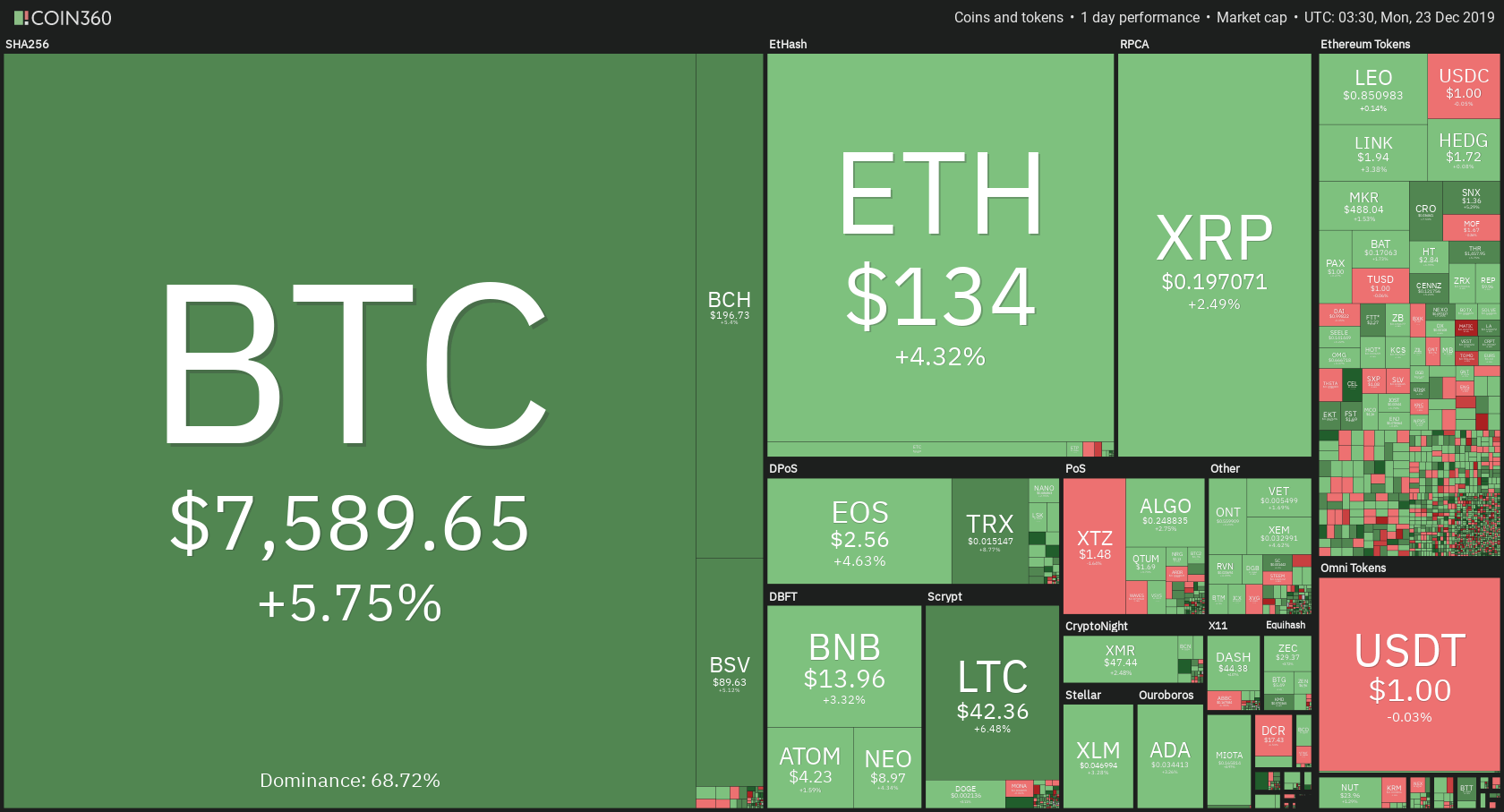 TRON managed to gain 9.12% on the day, making it the biggest daily gainer. Out of the cryptos that ended up in the red, the biggest loser was Matic Network, which lost 17.41% of its value when compared to yesterday.

Bitcoin’s dominance increased over the weekend. Its dominance in percentage is currently 68.72%, which represents an increase of 0.34% when compared to the value it had yesterday. 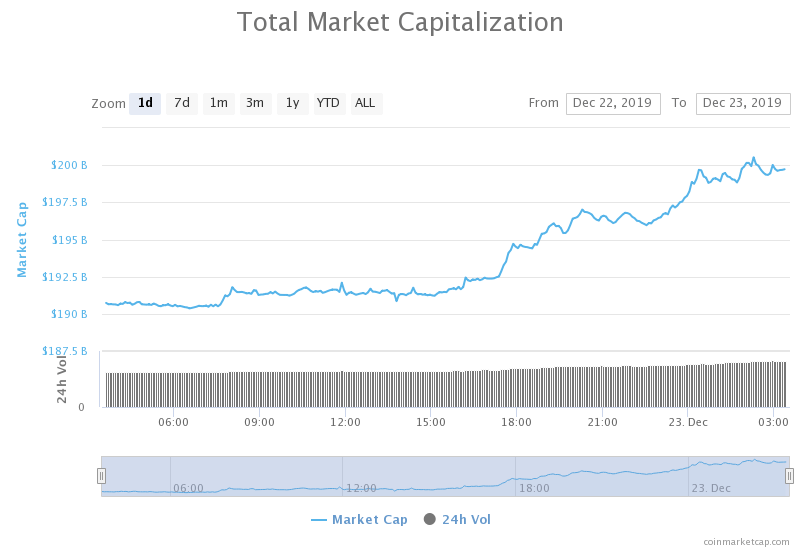 The cryptocurrency market capitalization gained quite a bit of value over the weekend. It is currently sitting at $199.93 billion at the time of writing.

Self-proclaimed Bitcoin (BTC) creator Craig Wright, who claimed many times that he is Satoshi Nakamoto, revealed that he has a document that explains the origins of the Satoshi Nakamoto pseudonym.

Wright showed this document during an interview he was the main guest of.  This document represents an article from the digital database of an academic journal’s JSTOR, which dates Jan 5, 2008. It shows how the pseudonym Satoshi Nakamoto was created.

Satoshi Nakamoto is known to be the creator of Bitcoin. He also mined the origin blocks on the Bitcoin blockchain which are called “Satoshi” blocks.

Bitcoin had a couple turbulent few weeks, dropping its price to as low as $6,415. However, this weekend was not so bad for Bitcoin. It spent the past 24 hours establishing bull presence and attempting to break a couple of resistance levels. The price breezed through the $7,260 and $7,415 levels and even passed the $7,525 level. It seems to be losing momentum and it is still unknown whether the $7,525 level will hold up as new-found support or not.

Ethereum also spent its day trying to reach higher prices. The price managed to reach past the $128.1 and $130 resistances and stay above it for some time now. However, it is still uncertain of which of these levels will hold when the bull presence fades.

Ethereum’s RSI level is approaching the overbought territory quite fast as the bull presence seems to be fading slowly.

XRP’s “bull run” made the least impact of the top3 cryptocurrencies. Its price didn’t move up and break resistance levels as Bitcoin’s and Ethereum’s did. The bull move was quickly stopped at the 38.2% Fib resistance line of $0.198. However, the line of $0.19 broke during the weekend, and XRP has tested and established it as a resistance line.

Passing $0.198 to the upside seems like an impossible feat to XRP at the moment, with the current bull presence.