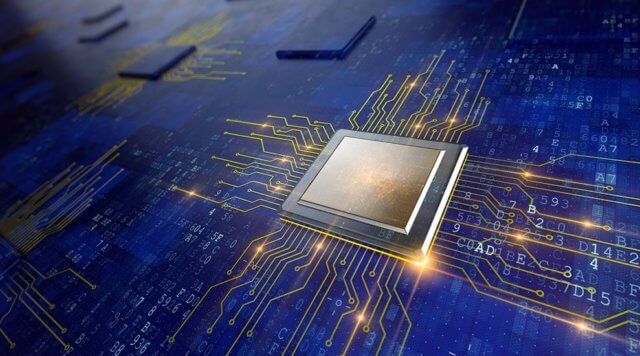 Bitcoin mining was Satoshi Nakamoto’s idea to release new Bitcoins into circulation only after solving some complex puzzles. The mining system, which verifies transactions after ten minutes, was so designed in order to secure the network. And as Bitcoin has become more popular, so has mining increased.

But if Bitcoin’s future depends on mining, that future becomes harder to picture every day. This is because mining presents various challenges that make the Bitcoin network less safe and not decentralized as Satoshi envisaged. Also, mining is incredibly expensive and not good for the environment.

Is there an alternative? This is the question nagging many Bitcoin fans.

As it turns out, photonic chips could be the answer.

Let’s take a more in-depth look into Bitcoin mining, what photonic chips are, and if the technology is enough to replace Bitcoin mining as we know it.

A Bit about Bitcoin Mining

Bitcoin mining has a bit of fascinating history. After Bitcoin took a dramatic dip from $17,000 to less than $7,000 at the end of 2017, the overall sentiment was Bitcoin was done. But the cryptocurrency’s mining appeared to be unshaken by what was happening with the price. This meant the value of Bitcoin trumped the costs associated with mining it. In other words, Bitcoin was still profitable.

In the next year, miners continued scoring big. But in November 2018, Bitcoin plummeted from around $6500 to less than $3500. This plunge was what did it for many miners. Bitcoin simply wasn’t profitable enough now. Because many miners checked out, the crypto’s hash rate took a plunge too – going from 60 exa-hashes/sec to 35 exa-hashes/sec.

The drop in Bitcoin’s price and the consequent decline in hash rate had certain ramifications for Bitcoin. For one, this meant mining would almost be confined to regions where electricity was cheap – mainly Western China. Consider too that around this time, China was cracking the whip against cryptocurrencies, a fact that drove cryptocurrency-based businesses to set up in other countries.

What did this mean for Bitcoin? First off, the “centralized” mining, as opposed to mining being geographically diverse, was a threat to the very core tenet of Bitcoin – decentralization. And the cold legal reception in the very region where Bitcoin could be mined posed a threat to its very existence.

Since then, looking for alternatives to Bitcoin mining has become the vocation for some Bitcoin enthusiasts.

The Problem with Bitcoin Mining

Apart from the existential threat to Bitcoin, there was always another persistent problem with Bitcoin mining. While Satoshi Nakamoto devised the computations to increase security for the network, what he may not have envisioned was the massive power bills. And when more people learn about Bitcoin, the more they seek it out, and the more the energy used goes up.

Bitcoin mining is so power-hungry that it gobbles up over 75 terawatt-hours a year. The enormity of this might not register until you learn that this is above the annual power consumption of entire countries such as Austria. For the mere expense and the impact this has on the environment, mining is simply not sustainable.

To solve the mining problem, a team of researchers comprising Michael Dubrovsky (co-founder of PoWx), Marshall Ball of Columbia University, and Bogdan Penkovsky of the University of Paris-Saclay have proposed better mining technology. Dubbed “optical proof of work,” oPoW is a laser technology that involves using a more energy-efficient approach to mining.

The idea is to “fix” Bitcoin mining as it is and return mining to “the people” as opposed to a small concentrate of individuals in one corner of the world. Another end goal is to make Bitcoin mining a more profitable venture. Current specialized computers go by the thousands in dollars – and they are not designed to be used for much else.

So what are these photonic chips?

Photonic chips are small optical computers made of integrated circuits and that rely on photons (using light beams to generate energy) rather than electrons.

Also known as lightwave technology, photonics is not nearly a new concept. The term “photonics” goes back to 1967 when the French physicist, Pierre Aigrain, coined it to describe the result of harnessing light to emit energy. There are countless applications of the technology today – in IT, healthcare (biophotonics), manufacturing, sensing, lighting, solar power, space technology, and so on.

Dubrovsky and the team want to introduce photonics to Bitcoin mining. Instead of the power-guzzling ASIC miners, they hope that optical computers will use way less energy.

Mining using photonics will mean changing Bitcoin’s mining algorithm. The team hopes to replace Bitcoin’s encryption protocol with one they call HeavyHash. HeavyHash is optimized for photonic computers and will replace the SHA256-based PoW (HashCash.)According to the team, this new algorithm will lower the barrier to entry to Bitcoin mining, democratize Bitcoin, and massively help the world save power.

Beyond these ambitions, oPoW would stabilize the cryptocurrency’s hash rate, so it’s not so vulnerable to price falls. In short, whether Bitcoin’s price declines or not, miners would still make profits.

While the oPoW plan sounds ambitious, it has its share of challenges.

The energy-efficiency of photonic chips is not clear cut. Some photonic applications, for instance, optical switches and photonic circuits, use round-about applications to function. These applications increase the energy use of photonic chips. The researchers have not predicted how much energy the chips will save.  It’s hard to know what this means for oPoW at this stage, and if it will be a power-saving option after all.

The team is also yet to prove how oPoW will address the problem of different regions having different power costs. Hardware costs will rise in the future, not decrease. So finding cheaper sources of energy may be a better solution.

What Would Opow Mean For The Bitcoin Market?

Consider for a moment that oPoW proposes to change the fundamental mining algorithm of Bitcoin. That comes with drastic ramifications, both positive and negative.

If implemented, an oPoW system would, first of all, break China’s control of Bitcoin mining farms. In turn, mining would now be concentrated in technologically advanced countries. Countries that are ahead in photonic technology would benefit the most. As you can see, this would not be the democratization of Bitcoin mining that the researchers imagine.

Drops in Bitcoin’s price would not mean a reduction in hash rate. Whichever way the price goes, miners will continue to enjoy a payday.

There is a lot of chatter about current miners creating some sort of “price floor.” An oPoW implementation would sink this floor further in the event of a bearish market since mining costs would be lower. This would likely influence Bitcoin’s price to gravitate towards the bearish end.

As it stands now, it’s hard to be enthusiastic about oPoW, especially with the many gaps in how it will improve the current system. Sentiments are rife within the Bitcoin community that the technology is likely to only be a temporary fix. The team itself has not specified how much power the chips would save. So while the concept looks good on paper, it’s probably not sufficiently innovative to solve one of Bitcoin’s long-running challenges. It’s up to the team to prove the Bitcoin community wrong on this one.