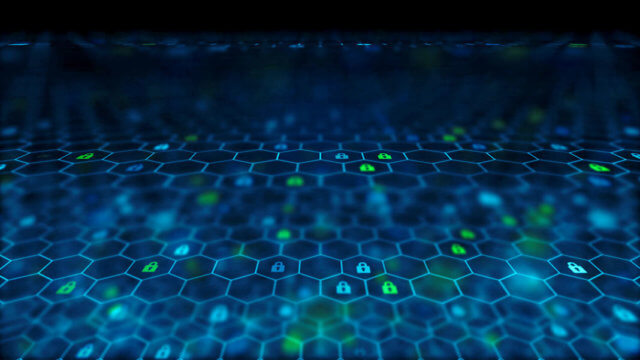 Blockchain was first used in Bitcoin but has since seen growing use in a plethora of disparate industries – from food to music to governance to diamond mining and more. The technology is remarkable for its unprecedented features. First of all, it’s decentralized, meaning no intervening authority can interfere with its operations. Again, records that it holds are immutable, meaning they can’t be deleted. Then, transactions on the blockchain are open for all participating parties to see. And finally, it’s secured by state-of-the-art cryptography, making it ultra-secure.

These features make blockchain a very interesting proposition for enterprises. But there is one problem: blockchain technology is not cheap. Any company wishing to develop its own blockchain would need to pump a ton of money into the project. When you combine that with the technical nature of the technology, it beats logic for any company to choose that path.

Luckily, companies can utilize blockchain in their organizations without breaking the bank or having to deal with the technical aspects of the technology, thanks to blockchain as a service (BaaS).

BaaS is a model based on the ‘software as a service model,’ and it works in a similar fashion; only this time, it deploys blockchain solutions.

What is Blockchain as a Service?

Blockchain as a service (BaaS) is the means by which businesses can subscribe to and access blockchain benefits such as security, transparency, immutability, and trustlessness without having to develop their own blockchain.

Blockchain as a service allows businesses to experiment with smart contracts, decentralized apps, and other blockchain applications with the blockchain provider hosting and maintaining the network.

BaaS allows businesses across a wide range of industries to have the best of both worlds – capitalize on the benefits of blockchain while avoiding the cost of maintaining one.

As blockchain becomes more popular, so do more companies wishing to explore its benefits. But creating, configuring, operating, and maintaining a blockchain from the ground up is no easy task. A company would need to invest in considerable manpower and inject a lot of money into the process. It is an incredibly tasking process, both time-wise and financially.

Thanks to BaaS providers, companies can now circumvent the technical complexities and operational costs needed to create a blockchain. They can access one for a fee, while the provider provides continuous back end support functions.

The BaaS provider support operations such as bandwidth management, appropriate resource allocation system health monitoring, prevention of attacks, incident management, hosting needs, and data security. With this arrangement, a client can focus on improving and streamlining their business operations with the power of the blockchain.

BaaS may be the unexpected path to deeper and mainstream adoption of blockchain across industries and enterprises. Instead of investing considerable resources in a blockchain – which acts as a barrier to the technology’s adoption, businesses can simply lease one and enjoy a hands-off and convenient use of its revolutionary features.

Cost of Self-Hosted Blockchains vs. BaaS

The cost of a BaaS varies depending on several factors, but it will always be cheaper than a self-hosted blockchain. For a self-hosted blockchain, a company would need to invest a large amount of money in covering startup costs (developers, hardware, software, licensing, etc.), as well as operational costs (maintenance, bandwidth expenses, transaction and so on). These costs combined can rack up to thousands of dollars.

On the other hand, BaaS pricing uses a pay-as-you-go or plug-and-play model, where a business only pays for using the service for an allocated period of time. This model depends on several factors, including the volume of transactions, number of nodes, peer node storage, payload size on transactions, and so on.

Some BaaS providers determine costs based on an hourly rate, while others use a tiered pricing model where each tier is based on the Units of service consumed. Note that BaaS costs include consultation fees as well as any arising support services as per the contract agreement.

How to Address Baas Security Concerns

While blockchain can help an organization achieve better outputs, the concern about security as well as privacy is not that easily solved. This is because the most well-known blockchains store data on a publicly available ledger. No organization is willing to put its business out there, or so to speak. There is a special need to preserve sensitive data, such as financial records and employee identities. This is addressed by the use of private blockchains, which differ from public blockchains in that only authorized individuals can access records.

There is also the issue of glitches and bugs, which can occasion serious disruptions and data breaches, leaving the whole system vulnerable. To preempt such situations, it helps to conduct due diligence and thorough research before taking on a BaaS provider. Consider things such as:

It also helps to define your expectations before going to the market so that there’s no confusion on the part of either party. This includes assurances and guarantees that you first need to agree on before signing the contract.

How to Choose a BaaS Partner

On a normal day, a lot of work goes into evaluating potential business partners. Now when it comes to choosing a BaaS vendor, the process is even more rigorous, just considering the sensitivity involved (safety of company data). Also, there is no precedent or industry best practices and guidelines, making it more important to prudently choose a BaaS partner. Here’s what you should look out for before picking a BaaS partner:

Ensure that the BaaS vendor has demonstrable experience in deploying blockchain technology on a similar scale to the one you’re planning for your business. For even more assurance, ask for recommendations from past customers.

Make it your point to thoroughly vet the potential BaaS provider to gauge their commitment to the highest degree of quality and adherence to standards.

What is the vendor’s attitude toward security? Look for any gaps in the proposed security plan. Address any security concerns that are unique to your business. Remember with blockchain, the importance of a robust security plan cannot be overestimated since even the tiniest bug could lead to major repercussions.

Does the vendor have any experience in deploying blockchain for operating systems similar to your organization’s? Also, can they integrate the technology to mesh seamlessly with your legacy systems?

v) Ease of Use

Blockchain is already complicated as it is. You need a vendor who will integrate blockchain in your systems in a way that’s easy to use. Employees should be able to navigate the systems without experiencing any difficulty.

Just like with any service, you want value for money for a BaaS. Evaluate different offers and choose the one that offers you the most value in the long term.

Several organizations have taken the lead in the BaaS space, and the presence of some heavyweights in the list demonstrates the massive potential of blockchain and how it might very well become a dominant force in the future. Let’s take a brief look at each below:

This is an offshoot of the powerful conglomerate, Amazon. AWS provides cloud-based blockchain solutions to businesses, regardless of their location. When businesses subscribe to the platform, they have access to a high-performance, secure and reliable “Quantum Ledger Database’ through a platform known as Amazon Managed Blockchain, which was launched in 2018. There’s even an option for companies to request an initial setup – which they call ‘AWS Blockchain Templates’ and manage the service on their own, going forward. Currently, AWS is supporting high-profile clients such as BMW, Accenture, the Singapore Exchange, Nestle, and Sony Music Japan.

IBM has a blockchain platform through which organizations can “easily build and join a blockchain network on-premise, or any private, public or hybrid multi-cloud…” IBM has utilized several strategic partnerships in developing and deploying blockchain, including Chainyard – a blockchain firm, as well as tech company IT People. IBM’s BaaS flagship product is Hyperledger Fabric, which has already seen wide adoption across industries including food supply, media, supply chain, media, trade finance and more.

Azure bills itself as more affordable than Amazon’s AWS, saying the latter is “five times more expensive than Azure for Windows Server and SQL Server.” Companies that wish to explore blockchain technology and are already utilizing Microsoft products such as Logic Apps and Flow may find it cheaper and more convenient to integrate Azure. Microsoft Azure’s clients include General Electric and T-Mobile.

Alibaba is known as a major player in the technology space, so it was only a matter of time before it came out with blockchain solutions for its broad base of subscribers. The company’s blockchain platform utilizes Quorum, Hyperledger Fabric, and the Ant Blockchain, to integrate its Cloud’s Internet of Things to enable businesses to track products among other services. Currently, Alibaba deploys blockchain in three levels: enterprise-level, private deployment and blockchain solutions tailored for container services.

Corda is an open-source distributed ledger platform designed by enterprise solutions company R3. On the Corda platform, companies can transact in a decentralized, peer-to-peer platform via the use of smart contracts. Corda’s BaaS has been used by the Royal Dutch Airlines to streamline financial processes and settlements and secure and maintain accurate records. Other clients in Corda’s fold include Monetago and Tradeix. Corda operates based on three principles: interoperability, security, and privacy.

Oracle’s BaaS seeks to help businesses “increase trust and provide agility in transactions across their networks” via its Hyper Fabric-based enterprise-level and pre-assembled blockchain platform. Through the platform, businesses can deploy blockchain networks for private or consortia use, enroll new members, and utilize smart contracts to achieve trustlessness and accuracy. Oracle’s BaaS is compatible with other Oracle tools, such as identity management and remediation tools.

Blockchain brought with it unprecedented levels of transparency, security, and effectiveness. By utilizing the technology, businesses can dramatically change how they do things – for the better. BaaS can help them take advantage of the technology for this end; without committing a staggering amount of resources. They can focus on what blockchain can do for their business model while leaving the heavy lifting to BaaS operators.

It’s a win-win model for both blockchain and businesses. The more businesses take up the technology, the more they push it to the mainstream. Eventually, blockchain will become this ubiquitous phenomenon of society, much like the internet.