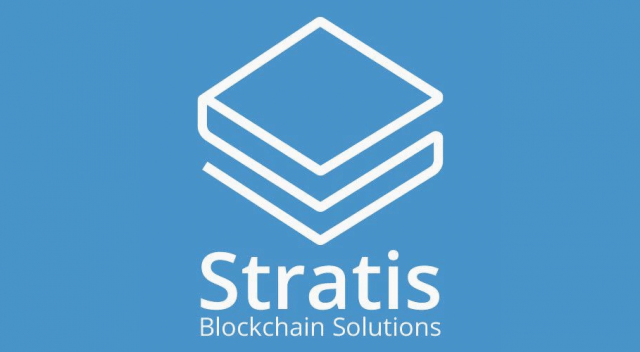 Blockchain has proved to be a force to reckon with. Initially designed to transfer value, tech geeks soon discovered that the innovation could be used for much more. These days, blockchain is used for all manner of applications, from secure messaging to tracking seafood, to voting. Even governments are tinkering with blockchain in a bid to realize more streamlined services.

However, blockchain still remains out of reach for most organizations – thanks to the massive expenses that go into creating one, and the limitations inherent in most public blockchains. These limitations include scalability issues and their inability to support the private nature of enterprises’ information. Operating on a Blockchain-as-a-Service model, Stratis makes deploying blockchain as easy as signing up for an account. And it’s not just the ease of deploying a blockchain. The platform also allows users to tailor-make their blockchain applications. It even supports provisioning for some of the most popular blockchains – namely Bitcoin, Ethereum, BitShares, and Lisk.

Hence, Stratis makes for a strong contender for an affordable, customizable, and flexible Blockchain-as-a-Service solution.

Stratis is a blockchain framework that allows businesses to create customized blockchain applications. The Stratis platform enables enterprises to expedite their blockchain integration processes by simplifying the procedures required to do so. Beyond providing such a platform, Stratis takes it further by offering affordable blockchain consultancy services to clients.

How does Stratis Work?

Stratis functions as a Blockchain-as-a-Service (BaaS) platform. It supports technologies such as side chains and a suite of APIs to facilitate entities to incorporate blockchain without having to build a new blockchain from the ground up.

Stratis offers cloud-based blockchain solutions. This means the end-user doesn’t have to maintain the entire blockchain network, saving significant resources both in time and money.

Stratis enables entities to implement blockchain through the single click of a button. Users can deploy a side chain that has the same features as the parent chain. And for features that are not supported by Stratis, you can explore side chains to the Ethereum, Bitcoin, BitShares, and Lisk platforms. Thus, if an entity wants to experiment with any of these networks or use them in conjunction with the Stratis sidechain functionality, there’s nothing to stop them.

Private side chains are one of the major selling points for Stratis. Deploying a blockchain on the Stratis platform grants you a private side chain that’s not just customizable; it also features the high-level security offered by the parent chain.

Stratis branches beyond offering customizable blockchains to provide an environment for ICOs. Organizations and individuals alike can launch their ICOs anytime via the Stratus blockchain. The network has partnered with identity verification company Onfido to conduct Know Your Customer (KYC) checks for ICOs, as well as with crypto exchange Changelly to give ICO holders the ability to accept over 50 different cryptocurrencies in contributions.

Stratis also supports an identity ecosystem through which individuals can store identities on the decentralized blockchain, and service providers can verify customer identities. You can use the platform to confirm the identity of owners of potential investments, prove that someone is who they say they are, and so on. You can also use the platform to prove your identity to interested parties while maintaining absolute control over exactly how much information you let on.

The Stratis network runs on a Bitcoin full node platform using the C# programming language, Microsoft.NET, and the NBitcoin library.

The blockchain’s architecture is supported by three separate components which we’ll look at below:

LibConsensus is a library system based on the Bitcoin Core version and enables networks to verify the validity of blocks.

Bitcoin Core supports LibConsensus by providing part of the consensus code. NBitcoin, for its part, fills any remaining gaps.

In 2017, Stratis launched the Stratis Development Framework (SDF), which is a set of tools that support the development of blockchain solutions in both C# and .NET languages. The goal was to empower more developers to use the blockchain and build powerful solutions with these universally familiar coding languages.

This is unlike, say, Ethereum, which employs its own proprietary coding language “Solidity” and one that may lock out many developers.

Unlike the majority of blockchains that only facilitate value transfer via their native tokens, Stratis supports the transfer of value in both Fiat and cryptocurrency. This is so to help businesses avoid compliance issues and wild volatilities that are associated with crypto.

As such, organizations can use the platform to transfer both types of currencies, taking advantage of the best of two worlds. It means they can navigate compliance demands in ways that favor them and rely on the stability of traditional currencies while also capitalizing off of the speed, transparency, and affordability of crypto.

Announcing the partnership, Stratis said: “Stratis will establish distinct, dedicated blockchains, tokens and applications to integrate Earth Twine’s global seafood tracking solution onto the blockchain. This rapid innovation and development will transform the seafood industry by introducing unprecedented levels of trust collaboration and settlement, in turn, increasing productivity and sustainability.”

The move was in response to the Seafood Import Monitoring Program’s requirements that from Jan 2018, data for seafood imports should be sent electronically to U.S. Customs and Border Protection. This was in a bid to curb the illegal, unreported, and unregulated (IUU) exploitation of water resources that negatively impact global seafood markets.

Stratis is the brainchild of Chris Trew, an Enterprise IT professional with ten plus years under his belt. He’s also a backend developer with years of experience in C# and ASP.NET technologies.

STRAT is the native utility token of the Stratis network. It fuels network transactions and also acts as a value transfer medium in the Stratis marketplace.

Where to Buy STRAT

STRAT is available as a market pair with BTC, ETH, USDT, and with Fiat currencies such as the Euro and US Dollar on exchanges such as Binance, Upbit, Bittylicious, HitBTC, WazirX, Poloniex, Livecoin, Bitvavo, Bittrex, and CoinDCX.

For storage, STRAT holders have three options provided by the team:

In a crowded field of projects offering blockchain solutions, Stratis manages to stand out by offering as-simple-as-click blockchain deployment and provisioning to other side chains of popular blockchains. The company’s team is made of professionals who know what they’re doing and can be trusted to steer the project into a success. If they continue innovating and anticipating industry needs, there’s nothing to stop Stratis from being one of the dominant players in the BaaS space.