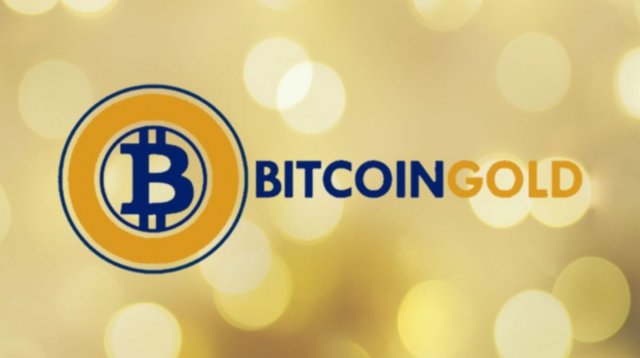 The Bitcoin Gold Core Wallet is a wallet that stores Bitcoin Gold coins. Bitcoin Gold –like Bitcoin Cash- is a fork of the original Bitcoin currency. It aims to fix one of Bitcoin’s flaws; the increasing centralization of Bitcoin’s mining industry. The original creators of Bitcoin wanted anyone to be able to mine with their personal computer and earn some extra cash from their spare computing cycles.

As Bitcoin’s value grew, however, miners adopted extremely efficient (and expensive) custom-built application-specific integrated circuit (ASCI) mining rigs. This made Bitcoin mining a highly specialized industry since consumer PCs could not (and still can’t) compete with these custom rigs. Bitcoin Gold solves this while, at the same time, builds on Bitcoin’s tried and tested systems.

Bitcoin Gold adopts most of Bitcoins’ underlying infrastructure. However, it utilizes the Equihash proof of work algorithm, which cannot be sped up by custom hardware. This eliminates the disproportionate advantage that such rigs confer to their owners. It also utilizes a per-block difficulty adjustment algorithm, replay protection, and the Bitcoin Gold core wallet, which is built on the Bitcoin core.

On average, every ten minutes, a computer on the Bitcoin blockchain network adds a block to the end of the blockchain and gets a crypto reward for that. Miners compete for the privilege of getting to add a block, primarily because of that reward. They do this by racing to solve a mathematical problem. Because Bitcoin uses an SHA-256 hash-based algorithm, the most computing power entity stands the highest chance of adding a block to the chain.

Bitcoin Gold, however, uses the Equihash memory intensive algorithm. For this reason, it is much harder – if not impossible – to game the system by having powerful rigs at your disposal. This bodes well for Bitcoin Gold Core wallet users since to use the wallet, you need to download the whole Bitcoin ledger onto your computer, which allows you to mine with your spare cycles if you want to.

As mentioned above, you cannot use the Bitcoin Gold core wallet as a standalone wallet. You need to download the full node during the initial setup process. Despite weighing in at hundreds of gigabytes, having the full node on your computer offers a number of advantages.

Firstly, you do not require having your transactions validated by a third party; you can verify them yourself.

Additionally, since the node relays and validates your transactions on the Bitcoin network, you can choose the priority you want your transactions to be given, and by extension, the fees charged for each transaction. Further, you can validate and verify other people’s transactions, earning some extra coin.

The Bitcoin Gold Core Wallet requires an internet connection. This means your funds are easily transferrable. The name ‘wallet’ is, to some degree, misleading since the Gold Core wallet doesn’t store funds in the same way a physical wallet does. In contrast, it allows you to change the records stored on the blockchain ledger- a copy of which you’ll need to have on your computer, as explained above.

As you well know, the Bitcoin blockchain is a publicly available ledger. Anyone can keep a copy of it if they wish and analyze it for their various ends. This makes it very difficult to introduce falsified transactions since all the other computers in the network will cross-check and reject it. The disadvantage of this, however, is that anyone can trace your identity if they are determined.

The Tor network is an encrypted web communication protocol that ensures the privacy and anonymity of its users. It does this by leveraging a series of nodes (read servers) that mask your IP address and any inadvertently revealed personal data. The Bitcoin Gold core wallet leverages the Tor network, routing all your transactions and traffic through its transport layer, effectively hiding your original IP address.

Since Bitcoin Gold is derived from Bitcoin, it inherits the Hierarchical deterministic nature of the Bitcoin core wallet. This means that after you use your receiving address, a new one is generated for you. These addresses are your public keys, as you share them publicly with anyone who you’d like to send you money. As all these keys are governed by a single key pair, called the extended public key (xpub), previous addresses remain completely usable.

To access the funds from each of your public addresses, you need to use its corresponding private key. These private keys are also governed by a single key pair, called the extended private key (xpriv). The xpriv is effectively the one key that rules all the others, while the xpub is the one key that brings together your addresses and binds them to your wallet.

Much like the Bitcoin core wallet, the Bitcoin Gold core wallet is open source. Anyone can audit, make suggestions, and contribute to its codebase. This means that security loopholes are caught and fixed faster than on proprietary software since more people are on the lookout for bugs. Additionally, all processes are transparent since changes have to be publicly declared and vetted before they are committed to the wallet’s main branch.

How to Set Up and Activate the Bitcoin Gold Core Wallet

Before setting up and opening a Bitcoin Gold core wallet account, you should consider a few things.

As has already been established, you cannot run the Gold core wallet as a standalone wallet application. You need to download the full Bitcoin node, which at the time of this writing, is around 200GB. However, you cannot only have 200 gigabytes of storage available since this node grows in size as the number of transactions increases.

The application files will also occupy some space, so it’s probably best to have a few terabytes of spare storage. Additionally, you should set aside a few USB sticks or hard drives to backup your wallet. It is recommended that you regularly back up your wallet on at least two external drives. Do this before upgrading your wallet and after a series of transactions.

Due to the sensitive nature of the data this software will store on your computer, you need to ensure that your computer is completely free from malware. Install anti-virus/ anti-malware software and run a full scan. Fix any problems the software identifies before installing the Gold core wallet.

Additionally, make sure you scan all the USB sticks you use to back up the wallet and take care not to install software from shady sites, as some of this software may have masked its malware well enough to escape the anti-virus radar.

Regularly (and promptly) install software and operating system updates, as they usually include security patches.

During the initial set-up, you will need to download the full bitcoin node. This will require you to have a very reliable internet connection, one that’s fairly fast and that doesn’t impose strict limits. After the initial download, you will then need to maintain a good internet connection since your node needs to communicate with other nodes on the network as transactions happen.

After appropriately set up your device, you can then follow the steps outlined below to open and activate a Bitcoin Gold core wallet account.

You can get the Gold core wallet from the official Bitcoin Gold website. The software is available for Windows (64 and 32 bit, Vista and later), Mac OS (v10.1 or higher), Linux (64 and 32 bit), and ARM Linux (64 and 32 bit). Installation instructions might vary depending on your platform, but the process should be fairly straightforward.

Launch the wallet. This will begin the node download. Your internet and PC speed will influence the amount of time this process takes, but you’ll likely need to be a little patient as this huge-volume data transfer takes time. You won’t have to repeat this, however, as it’s a one-time download.

Once the node has been fully downloaded, go to the wallet settings, hit ‘encrypt wallet,’ and set your password.

Backup Your Wallet and Private key(s)

After logging in to your account, go to the file section and hit ‘backup wallet.’ Select the destination (this could be a USB drive, external hard drive, a mobile phone, or a CD) where you want the backup to be saved. It is recommended that you backup your wallet on more than one drive. To back up your private keys, go to the help section, hit ‘debug window’ then ‘console.’ Copy the key and store it well.

Congratulations, your wallet is now ready to use.

This wallet is open-source, so you can raise issues and even fix them yourself if you’re skilled enough. However, for non-techies, the customer service can be contacted through the Bitcoin Gold website or via their various social media channels.

The Bitcoin Gold core wallet is a secure solution for Bitcoin Gold holders. It is especially suited for those who’d like to mine and earn some extra crypto, and for those who have enough space and bandwidth to run a full bitcoin node.