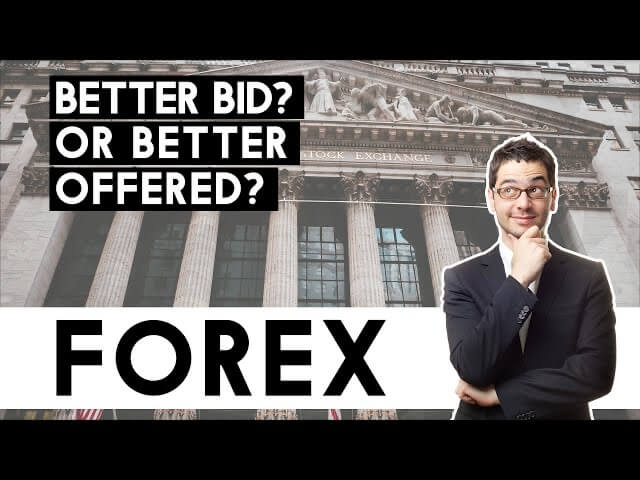 In the old days of currency trading, long before the internet, around the late 1970s to mid-1990s, banks who traded in the foreign exchange market would largely rely on brokers to feed them exchange rate prices. This was much quicker than phoning around 150 banks in London, or the other major financial centres, in order to try and find a bid or offer which matched where they wanted to trade, although many of them would do this as well with preferred trading partners.

It was much easier to call up a broker who had a team who was directly speaking with all the banks simultaneously, and again, this applies to all the major trading centres such as London, New York, and Frankfurt.

Most brokers would call prices, which were offered to them by their banking clients, down a direct squawk box to the banker’s desk, in order to relay movements in foreign exchange currency rates. If the bank liked a rate, they would trade on the bid or the offer. Bank names would be checked for credit and risk purposes, and the deal would be closed within a few seconds, usually.

And because the current technology was not available, the volatility which we take for granted in the markets was pretty much unheard of and where brokers wood simply quote the exchange spreads as prices moved up and down. Nowadays, that would be absolutely impossible because an exchange rate can move 50 pips in a few seconds.

One of the features that brokers wood call out along with the prices was whether the market was better offered or better bid. In other words, whether there was more money on the offer than the bid or vice versa. This would suggest to the bank receiving the quotes that more people were selling than buying, or the other way around, and this type of information would influence how they traded currency pairs and, indeed, other sections of the currency markets like cash deposits, certificates of deposits, and forex forward rates.

In a market such as forex, where the volumes are not known, it is difficult to know where the offers and bids are greater because there are so many brokers and market makers in spot FX it’s difficult to see what volume is going through at any given time, although candlestick sizes and shapes can give a level of accuracy here. But another way is to look at trends to determine where the market is better bid or better offered, and that tool is the stochastic overbought/oversold oscillator.

This is a 1-hour chart of the GBPUSD pair, and at position A, if you follow the vertical line down, you can see that the stochastic indicator reaches the oversold position at the 20 line, with a standard setup of 5,3,3, and the pair acts accordingly and reverses the sell-off and moves higher. Now let’s focus on the vertical line at position B, where we can see that again, the stochastic shows oversold. However, this time, if we follow the vertical line, price action does not move higher. There is a very slight pullback, before a continuation to the downside. This tells a professional trader that the market is not going with the stochastic indicator, and at this time, the market is better offered than bid: in other words, there are more sellers.

If we follow so the chart across to position C, again, we see the stochastic showing oversold at the 20 line, and after a very brief pullback, the pair moves to the downside because there are more sellers than buyers, as you might expect, having seen a recent bear trend.
Always look for when the stochastic is working as per position A and failing as per position B and C. This will tell you where there are more sellers than buyers, or the opposite, as well as the market being overbought or oversold.

When trading, always try and look the where the volume is greater, and if therefore if there are more buyers than sellers, or vice versa, and if you keep this in the back of your mind to help you find weaknesses in directional bias, and this will ultimately will help you in your trading.