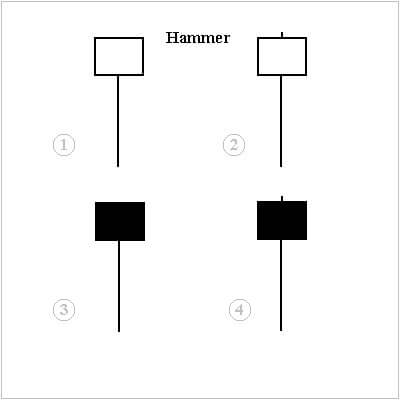 A hammer is a candlestick price pattern charting that occurs when a cryptocurrency trades significantly lower than its opening but quickly rallies within the candle period to near-opening price. This looks hammer-shaped candlestick, where the lower shadow is at least double the size of the real body. The candlestick body represents the difference between the open and close prices, while the shadow represents the highs and lows within the period. 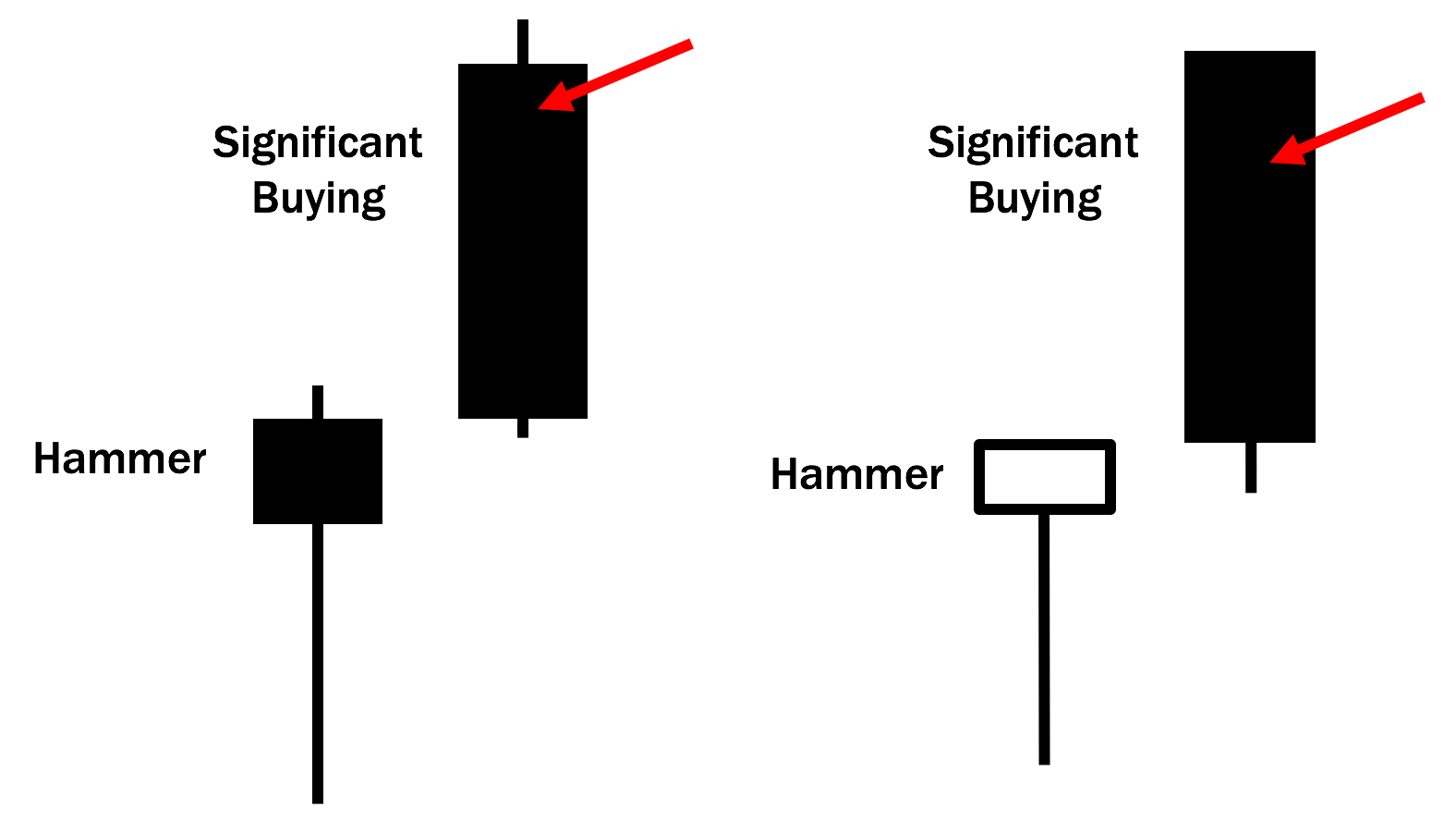 A hammer occurs after a cryptocurrency has been declining, implying that the market is attempting to create a bottom. Hammers signal that sellers might have capitulated.

Hammers are most effective when the least three or more declining candles precede them. A hammer should look somewhat similar to the letter “T.” However, one thing to note is that a hammer candlestick doesn’t indicate a price reversal until it is confirmed.

A doji candle is another type of candlestick with a small body. A doji candle signifies indecision as it has both an upper and a lower shadow. Dojis, depending on the variation, may signal a price reversal or a trend continuation. This differs from the hammer candle, which occurs after a price decline and signals a potential upside reversal, and only has a long lower shadow. 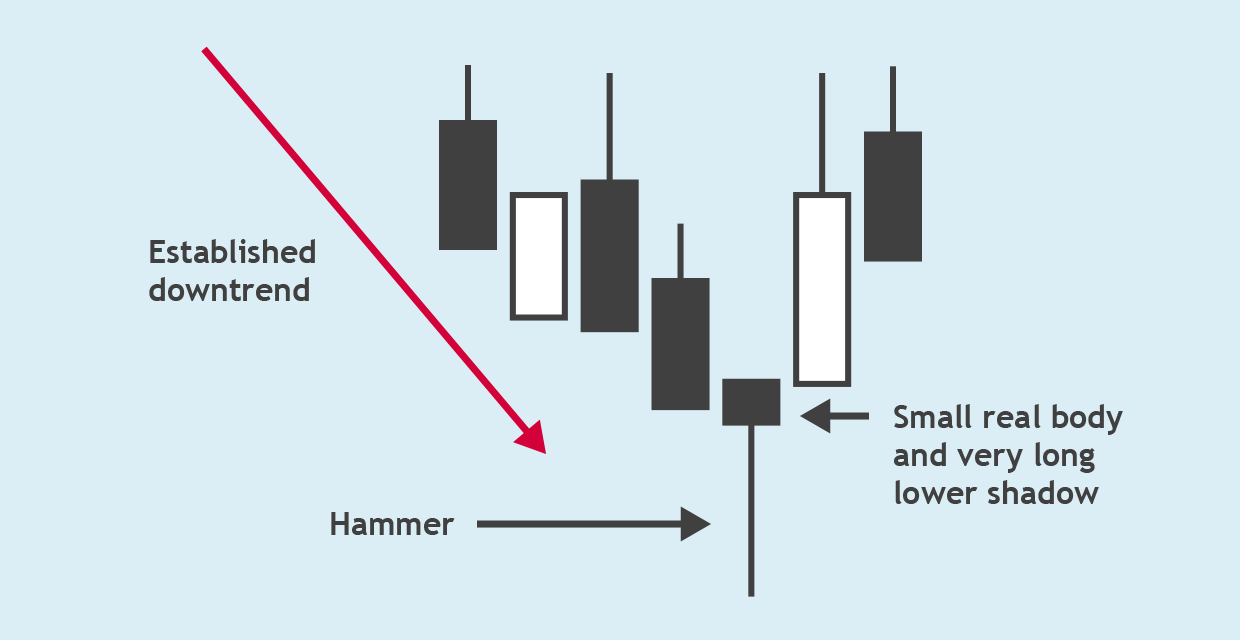 As with any technical analysis tool, there is no assurance that the price will do as expected, even after the confirmation of the pattern. A long-shadowed hammer paired with a strong confirmation candle may push the price high for some time due to market instability. This may not be the best spot to buy because the stop-loss is far away from the entry point.
Hammer pattern also doesn’t provide a price target, which makes setting up a profit target quite difficult.