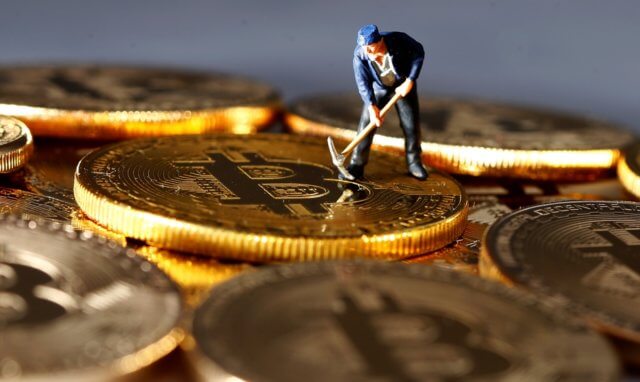 Cryptocurrencies came, saw, and disrupted the financial space – despite many predictions about their impending doom. They were labeled as a fad and as tools for enabling criminal activities.  But in a rally led by Bitcoin, cryptocurrencies have established themselves as legitimate and a force to be reckoned with in the finance space.

However, digital assets still face criticism. One withering take was by Agustin Carstens, General Manager of the Bank of International Settlements, who called Bitcoin a combination of a bubble, a Ponzi scheme, and an environmental disaster.

While the first two indictments are flat-out untrue, the third one deserves a closer inspection. Serious questions have been raised about the impact cryptocurrencies wield on the environment.

Are cryptocurrencies power-hogging monsters, or is it a hollow indictment?

The vast majority of cryptocurrencies have taken the model of Bitcoin, the first and the most successful cryptocurrency.  Bitcoin is a decentralized token, meaning it is not controlled or regulated by any bank or government. Instead, new coins are generated via ‘mining,’ a process in which computers across the globe solve complicated mathematical puzzles and earn some coins or a fraction of the transaction fees as a reward.

The Bitcoin network is supported by blockchain technology – which includes a publicly distributed ledger that maintains a record of all transactions.  Transactions are in the form of blocks, which in turn are linked together and secured using cryptography. All records on the blockchain are shared across all users on the network – no matter where they are.

Cryptocurrency proponents content that the asset provides a unique alternative to the current financial system due to its cryptographically secured and anonymized infrastructure.  However, alarm bells have been ringing over the massive amounts of energy that goes into maintaining and generating new crypto coins.

In a research by Digiconomists – a cryptocurrencies analysis site, titled “Bitcoin Energy Consumption Index,” Bitcoin used 32 terawatts of energy annually.  This energy could support nearly 3 million US households. Bitcoin also consumed more energy than Visa uses to process billions of transactions in a year. According to the site, the energy that Visa uses can power just 50, 000 US households.

Another concern has been that as cryptocurrencies gain more popularity, and their value increases, they require even more energy. For example, as Bitcoin increases in value, the computational puzzles become more difficult to solve, hence requiring more energy.

The vast amount of Bitcoin mining happens in China, where mining companies have set up huge mining operations in rural areas that have low-cost land and electricity.  Researchers from the University of Cambridge have called attention to the fact that much of the electricity being consumed in the mining rigs comes from abandoned coal-based power plants.

Digiconomist also noted that the energy used by one Bitcoin mine in Inner Mongolia is equivalent to the energy required to fly a Boeing 747.

If you have been paying attention to the news, you must have noticed that burning coal and other fossil fuels massively contributes to the global carbon dioxide footprint, intensifying climate change.

What Do Miners Say?

Crypto miners have taken a defensive stance in the whole debate. They argue that crypto mining’s impact on the environment is nothing compared to that of physically extracting oil and other natural resources.

Other miners have taken up more environmental-friendly strategies for their mining operations. An example is Vienna-based Hydrominer, a mining company that uses renewable hydroelectric power. The company’s co-founder, Nadine Damblon, however, thinks that the conversation is overblown. “Basically, we see an old argument here. People used to say that the streets would no longer be usable because they would be covered in horse manure -not long ago they said Google search engine would use up all the world’s energy.”

She opines that as cryptocurrency evolves and develops, so will more energy-efficient technology be discovered. For her part, she’s already taken a step to employ a more eco-friendly mining process.

What Is Our Current Environmental Impact?

It’s fair to say that the impact of cryptocurrencies on the environment have been grossly exaggerated, especially when you compare it to how the current banking system consumes energy.

In a 2014 study, Hass McCook, a bitcoin enthusiast, argued strongly for Bitcoin, stating: “Widely available public information strongly refutes claims that bitcoin is unsustainable, and shows that the social, environmental and economic impacts are a minuscule fraction of the impact that the legacy wealth and monetary system have on our society and environment.”

Right now, these are some of the biggest energy consumers in the current banking system:

It’s worth noting that this list is by no means exhaustive. The use of a much more efficient system, cryptocurrency, would eliminate most of these and other hidden costs.

Between overly conscious environmentalists and defensive miners, who is right in this debate? First of all, it’s important to note that although crypto mining gobbles up massive energy, analysts have not really arrived at a conclusion on the exact figures.

Also, some people argue that the benefits of cryptocurrencies, including operational efficiency and their deflationary nature, outweighs the environmental toll.

A thorny issue in this debate has been the difficulty involved in trying to measure the exact environmental impact. This is partly because most currencies are either anonymous or have a degree of anonymity – making it difficult to generate a reasonable estimate of the energy they actually use.

But one analyst believes that the figures bode ill. Alex de Fries, a Bitcoin analyst, suggested in January 2018 that even the most energy-efficient mining Rings would still consume about 13 terawatts in total.  He said that that is the amount of energy that Slovenia uses. He painted a possible scenario where the machines in use are not as efficient as possible – in which case the energy used would be much higher – and even multiply as more miners jump into the bandwagon.

De Vries’ view on the issue is largely uncompromising, suggesting that we don’t even need Bitcoin in the first place. “We are basically consuming thousands of times more energy for something we can already do at the moment. We can already do transactions, we don’t have to use Bitcoin if we trust our current system. I don’t see how Bitcoin justifies its energy use at the moment, given that most people do have a certain level of confidence in the current system.”

Do cryptocurrencies pose a threat to the environment, or is the issue greatly exaggerated? As we have seen, the legacy banking system is not exactly as pure as snow. Cryptocurrencies present a safer, more trusted, and a faster way to conduct transactions.  They are disruptive, no doubt, but that does not mean that they are evil. And as the technology continues to evolve, more energy-efficient means will most certainly be adopted.

As for now, it can be said that the whole fuss about how cryptocurrencies are harming the environment is a lot of ado about little. This doesn’t mean that the crypto industry is exempt from environmental responsibility; it will have to come up with more environmentally conscious mining processes.