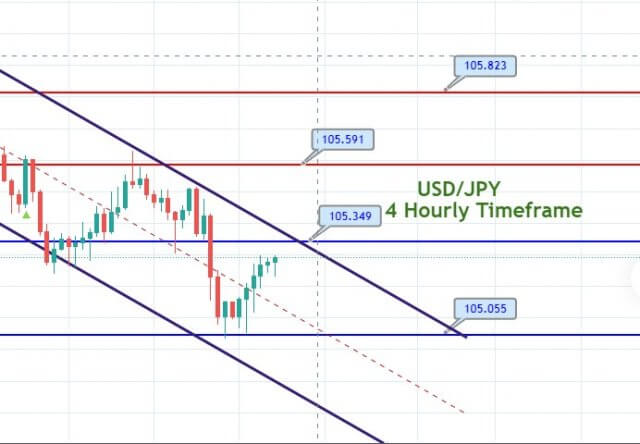 During Thursday’s early European trading hours, the AUD/USD currency pair failed to stop its previous session bearish moves and took further offers near well below 0.7100 level, mainly due to the disappointing release of employment details, which showed that Australia’s economy lost 29.5K jobs in September. This, in turn, undermined the Asutliann dollar and contributed to the currency pair declines. Apart from this, the increasing probabilities of an interest rate cut by the Reserve Bank of Australia in November also played its major role in undermining the Australian dollar. Across the pond, the prevalent risk-off market sentiment, triggered by the worsening coronavirus (COVID-19) conditions in Europe and the U.K., exerted some additional pressure on the perceived riskier Aussie and dragged the currency pair below 0.7100 mars.

However, the global risk sentiment was further pressured by the fading hopes of additional U.S. fiscal stimulus. On the data front, the economy has lost 29.5K jobs in September against expectations for 35K losses and down from August’s 111K additions. The seasonally adjusted Unemployment Rate surged to 6.9% against expectations for a rise to 7.1% from 6.8%. In the meantime, the part-time jobs dropped by 9.4K in September against 74.8K additions in August. At the same time, the full-time employment sank by 20.1K against 36.2K additions in August.

Considering the recent condition of the economy, the RBA’s Governor Lowe said that the benchmark interest rate could be cut down to 0.10% from the current record low of 0.25%, which undermined the Australian dollar exerted some additional pressure on the currency pair. The market trading sentiment remains depressed during the early European session as the condition of the second wave of coronavirus infections in Europe and the U.K. getting worse time by time, which suggests that the local lockdowns cannot tame the pandemic, which in turn suggests fresh national activity restrictions.

In the meantime, the fears of a no-deal Brexit and the dovish tone of major central bankers pushing for further fiscal help also exert downside pressure on the market trading sentiment, which in turn undermined perceived riskier Aussie and dragged the currency pair below 0.7100 marks.

Additionally, the long-lasting inability to pass the U.S. fiscal package also weighed on the risk sentiment, which eventually undermined the perceived riskier Australian dollar and contributed to the currency pair gains. Despite U.S. President Donald Trump’s recent push to break the coronavirus stimulus deadlock, the opposition Democratic Party remains up in its demands. As per the latest report, the U.S. Treasury Secretary Mnuchin recently blamed the opposition to put obstacles for the much-awaited aid package before the presidential election to keep President Donald Trump lagging the election polls.

At the US-China front, the renewed concerns over worsening diplomatic tensions between the world’s two largest economies also exerted downside pressure on the market trading, which keeps the AUD/USD currency pair under pressure. Other than the US-China tussle, Australia and China are also loggerheads with each other.

As a result, the broad-based U.S. dollar succeeded in extending its Asian session loss gains es and took some further bid during the early European session as investors still prefer the safe-haven assets in the wake of the risk-off market sentiment. However, the U.S. dollar gains seem rather unaffected by the intensifying political uncertainty ahead of the upcoming U.S. presidential election on November 3. However, the incoming polls tend to recommend a clear-cut presidential success for the Democrat nominee Joe Biden, which might cap additional upside momentum for the U.S. dollar. However, the U.S. dollar gains become the key factor that kept the currency pair under pressure. At the same time, the U.S. Dollar Index that tracks the greenback against a bucket of other currencies inched up 0.02% to 93.398 by 9:58 PM ET (1:58 AM GMT).

Looking forward, the traders will keep their eyes on the weekly U.S. Initial Jobless Claims, which is expected 825K versus 840K prior. Apart from this, the continuous drama surrounding the US-China relations and updates about the U.S. stimulus package will not lose their importance.

The AUD/USD pair has violated the double bottom support level of 0.7150 level, and below this, the pair may drop further until the next support area of 0.7098 level. On the higher side, the pair may find resistance at 0.7150 and 0.7190 level. The bearish bias remains solid today, especially below 0.7150.