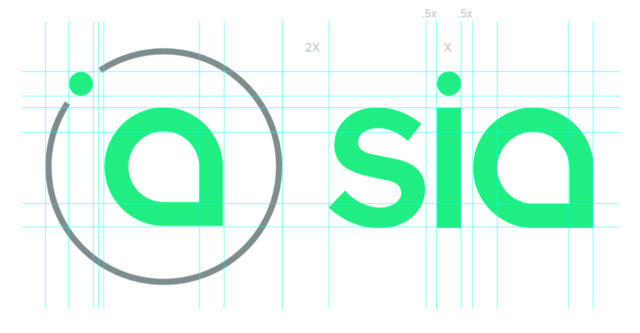 Blockchain’s first case was Bitcoin – which hoped to solve the problem of double-spending and the centralization of finance. Since then, thousands of cryptos have mushroomed, each with a promise to solve a problem that we may have not even known existed before, but whose solution we truly need.

Not many people know they can rent that extra space in their hard drive and get paid, and not many know they can buy storage space from someone on the other side of the world, and very affordably for that matter.

This article breaks down everything you need to know about Sia, including what the platform is all about, the creative forces behind it, how it works, and how to grab Siacoins.

The Team behind Sia

Sia is a brainchild of David Vorick and Luke Champine of Nebuolus Inc, a Boston-based startup. Both developers are graduates of Rensselaer Polytechnic. The two first presented the idea at HackMIT 2013, where it received positive feedback.

The idea was simple – what if all the idle space in hard drives all over the world could be brought together in an affordable, decentralized cloud storage platform?

The Problem with Centralized Cloud Storage

Before we see why Sia is special, let’s see why the existing cloud storage model is fundamentally flawed:

Giving Over Control of Data

When companies hand over their data to third party companies, they also give over control over that data. Not only are privacy protocols beyond their control, but they may also accidentally share data they never meant to in the first place.

Centralized systems usually have a single point of failure and hence susceptible to hacking. A good illustration of this is the 2017 Equifax hack in which the data of more than 145 million Americans was stolen from the credit report service. Another is the Apple iCloud attack in 2014 that saw private images of famous people posted on sites like 4chan, Imgur and Reddit.

Facebook’s Cambridge Analytica scandal illustrates best how third parties can mismanage their users’ data. Facebook’s design allowed the company to get its hands on more than 87 million users’ data, including public profile, city of residence, page likes, and even news feed, timeline and private messages. They then used this information to create psychographic profiles that were used by politicians to sway elections in several countries.

Bring Your Own Device

Bring Your Own Device (BYOD) is another problem with third-party cloud storage. This is the case when companies tell employees to bring their own devices for work. Companies do this because either they don’t have the resources to buy IT equipment or employee devices’ specs are more powerful than the companies’.  The problem is, BYOD poses certain security risks. For instance, when these devices get lost, it puts clients’ privacy at risk. And in the case of security breaches, it’s difficult to identify the point of failure amongst all the employee devices.

File contracts are Sia’s version of smart contracts. Through these contracts, renters (clients) and hosts (providers) can conduct business within the context of a predetermined and well-defined set of rules.  If two parties wish to work together, they draft a file contract. The file contract contains the term of storage agreement and is meant to ensure each party meets its obligations. As the contract is stored in a public ledger, the terms set therein are immutable (unalterable) and hence verifiable by both parties at any time.

The Sia ecosystem comprises of two main components – the renters (clients) and hosts (providers). Renters pay hosts with Siacoins for storage space. They can also negotiate the storage fee with hosts directly.

Hosts play a huge and important role in the Sia ecosystem, and as such, it’s within their purview to:

And on their part, renters have the freedom to:

Sia has a ‘proof of storage’ concept that’s meant to protect clients from bad actors. Before a host receives payment, they must present to the network proof within the time set in the file contract. If they fail to provide the proof of storage within that specified time, the payment goes to a ‘missed proof address’ until they present proof. Depending on the circumstances, the host can even be fined for negligence. And when they miss too many proofs of storage mandates, the contract may be terminated for good.

However, when a host successfully presents proof of storage, they are awarded payment, which is sent to a valid proof of address. But they have to meet certain ‘spend’ conditions, e.g., time locks and network signatures before they can access the funds.

Sia’s platform operates on a dual-token system: Siacoin (SC) and Siafunds (SF). Siacoin functions as the utility token, while Siafunds are to help the development of the project without relying on external donations. Siacoin’s supply is not capped, and all the tokens must eventually be mined. In the beginning, miners got 300,000 coins Siacoins as block rewards, but this reward will decrease up to 30,000 coins.

On the other hand, there are 10,000 SF in existence, all pre-mined. The company behind Sia holds 8835 of these coins, while the rest have been distributed in a crowdfund to help fund the project.

In 2017, David Vorick, lead developer for Sia, announced that Nebulous would launch a company called Obelisk to manufacture ASICS specifically for mining Sia. Members of the community supported the ASIC project by pre-ordering and contributing millions of dollars.

At the same time, ASIC manufacturing behemoths Bitmain and Innosilicon were already in the process of developing Sia ASICS. Some in the Sia community did not want a future where miners monopolized Sia mining. As such, they demanded a hard fork to prevent this. But the hard fork proposition was also opposed by a significant chunk of the Sia community. Ultimately, the hard fork faction won as Sia’s core developers implemented a hard fork.

The hard fork was conducted on Oct 31. 2018. The goal was to lock out Bitmain miners and only allow Obelisk miners to support the network. Vorick stated that the hard fork was a result of the community’s distrust towards Bitmain, as well as Innosilicon’s dominance over Siacoin, which controlled up to 37.5% of Sia’s mining hash rate.

A large section of the community was content with the results, but others, especially those who had invested in Innosilicon, dissented. This is the group that stuck with the old Sia chain, which they called SiaClassic.

Privacy: All data that passes through Sia is encrypted, meaning you’re always in control over your data. This is unlike current cloud services where the host has access to any data that you commit to them.

Security: The encryption of data means it’s insured from the pitfalls of the traditional model, such as vulnerability to hacking. Also, the ability to split your data between multiple providers boosts its security.

Affordability: Sia’s storage services are way more pocket-friendly than the traditional model. As an example, storing one terabyte of data via Sia can cost you just $200, while the same amount will cost $2300 on Amazon’s cloud storage service.

Where to Buy and Store Siacoin

You can acquire SC by trading Bitcoin for it in several exchanges, including Binance, Bittrex, Kraken, Cointree, Coinswitch, Poloniex, Huobi, and so on.

You can also get SC via mining from Luxor or SiaMining.

The Sia team has customized two wallets for SC: Sia Daemon and Sia UI. Sia Daemon is offered on Github and can be used per a user’s preferred Command Line Interface (CLI). This wallet supports Mac, Linux, and Windows. Sia UI is for the less than tech-savvy and comes with more user-friendly features.

In a space full of unfulfilled promises, Siacoin stands out as a service that you can actually access today. It’s a win for everyone involved: hosts can earn from the extra space in their hard drive, while renters can buy space in a decentralized, highly-secure environment for very little cost. What’s there not to like?