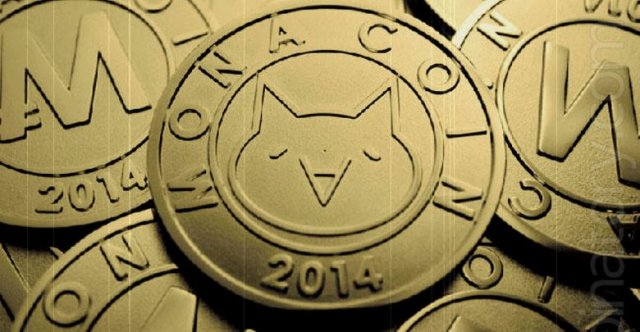 Cryptocurrency is a radical idea. From the decentralization and autonomy beliefs that underpin it, to its revolutionary technology that enables permanent, transparent, and employs ultra-modern cryptography to safeguard transactions. It makes sense, therefore, that thousands of cryptocurrencies have been created to actualize these beliefs in countless industries.

Even countries are now adopting national cryptocurrencies in order to derive the massive value they have to offer.

MonaCoin, which calls itself “The first Japanese Cryptocurrency,” is one such cryptocurrency. And though it’s not exactly an official national cryptocurrency, i.e., it’s not government-sponsored or affiliated in any way, it’s one that has been created with the notion in mind.

The cryptocurrency is quite popular there, being featured on Tokyo TV. Someone even famously bought land with it back in 2014.

So, what’s Mona Coin all about? Read on to discover more about this interesting project.

Launched in 2013, MonaCoin is a cryptocurrency predominantly used in Japan. The name is inspired by “Mona” or “Monā,” a popular internet meme based on a cat-like character created with ASCII characters. The existence and work on the currency were announced on 2channel, an anonymous and the most popular online community in Japan. It was created by “Mr.Watanabe” – whose real identity has remained a mystery just like Bitcoin’s Satoshi Nakamoto.

MonaCoin was created as a peer-to-peer electronic cash system, just like Bitcoin, and it’s targeted to Japanese citizens. The coin has found a degree of acceptance in the country, being accepted for payment in several stores. The coin is approved by Japan’s Financial Services Agency and is traded in several exchanges.

MonaCoin’s development began in 2013, officially being born on January 1, 2014. The coin was not pre-mined.

At block height 937440, the MonaCoin blockchain executed a soft fork to implement Segwit, a technology meant to improve scalability on blockchains. The team also has the Lightning Network, another scalability solution for payment-focused cryptocurrencies.

Who’s on the MonaCoin Team?

This is not an easy question to answer, given the founder of the project has remained pseudonymous, perhaps in homage to Satoshi Nakamoto. The creator only identifies by “Mr. Watanabe,” and the rest of the team is also anonymous. However, many people speculate that the creators are Japanese.

Additionally, the project doesn’t have a publicly available roadmap. However, its implementation of technologies such as Segwit and the Lightning Network reveals that the team clearly likes to stay on top of things. Follow MonaCoin’s development here.

As you would expect, Japan-based exchanges, like Bitbank and Zaif, are the ones with the majority of MonaCoin’s trading volume. However, you can also find the coin in exchanges like Upbit and Bittrex.

MonaCoin has its own wallets that are available for Windows, Mac, and Linux. It also supports its own Electrum Wallet as a Coinomi wallet for Android.

MonaCoin is a cryptocurrency made by the Japanese for Japan. It’s popular in the country and is enjoying quite a bit of acceptance there. And while the project’s creators remain tight-lipped about their identities, the important thing is that they have delivered, and continue to deliver, a cryptocurrency that the Japanese and the entire blockchain and crypto community can be proud about.