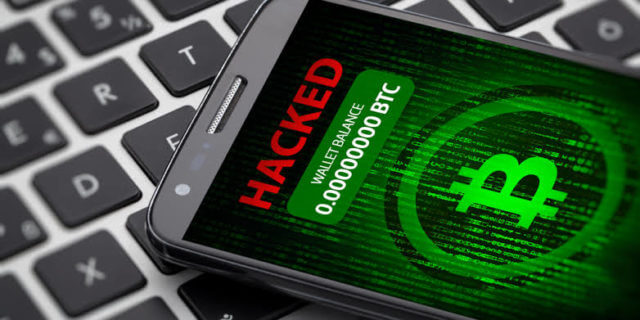 Public and private keys are based on cryptography, which simply means the science and art of encrypting information so that third parties can’t understand it. In other words, cryptography enables data to be stored and communicated in a manner that unauthorized parties cannot understand. It’s employed today in private and public keys to make blockchain- and hence cryptocurrency, a safe environment for users.

Cryptography is mostly famous for being used in wartime, especially by Julius Caesar, the Roman military general who sent encrypted messages to his generals to ensure the enemy couldn’t understand them. Known today as Caesar’s cipher, his cryptography involved shifting each letter of a word three times to the left of the alphabet.

Today, encryption is all around us, even if we don’t realize it. From our phone apps to our phone screens to our credit cards – all these are encrypted to protect our personal information.

The drawback to symmetric key cryptography is somebody can figure it out soon enough. Using the above examples, for instance, it’s easy for someone to steal a key to a door lock. And Julius Caesar’s opponents could figure out the cipher, eventually.

Asymmetric cryptography adds an extra layer of security to a transaction by securing both the item transacted and the recipient’s ability to access it.

The idea behind blockchain technology is to create a network where people can securely carry out transactions without the possibility for a third party or a central authority interfering. The security of the network, transactions, and parties involved is crucial to this process. In a traditional model, the third party, or the authority, usually provides the security – like the bank overseeing transactions, or protecting money in general.

But the blockchain model has no overseeing authority. So how will security be ensured? The answer is in public and private keys – which are based on cryptography.

Public and private keys are digital assets that, when combined, form a digital signature, allowing the secure sharing and unlocking of information or data.

What’s the Difference between Public and Private Key? 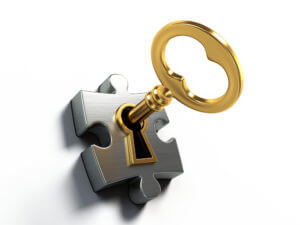 Now, the keys are usually randomly generated alphanumeric sequences that are unique to every user.

A blockchain network, e.g., Bitcoin, usually generates a private key when a user creates a wallet. This key uses 256-bit encryption. This encryption makes use of really large numbers that unauthorized parties can’t guess or calculate. After the key is generated, it’s incredibly important that it’s kept private and secure. Nobody other than the owner is to see or have access to it.

The private key confirms a person’s identity when carrying out a transaction on the blockchain.

How Public and Private Keys Work

An individual’s private and public keys combine to create a digital signature that proves their ownership of funds and allows them access to those funds. To carry out a transaction on the blockchain, a person must use both keys together.

The following is an illustration of how public and private keys work. Person A wants to send, let’s say, Bitcoin to Person B. They can do this by obtaining Person B’s public key, and attaching the relevant information – in this case, the number of coins, to that public key, and then send it to Person B.

The role of a digital signature is central to this process. On the blockchain network, it serves these three purposes:

☑️ It proves that a transaction is undeniable – i.e., there’s no doubt that the owner and they alone authorized the transaction, and they cannot repudiate their involvement in it in future

How does Blockchain Use Cryptography?

The blockchain model uses cryptography in these ways:

Protects the identity of users – It enables every individual to keep their identity private, so they can securely transact on the network

Secures blocks –It allows people to execute transactions on the blockchain, which then adds blocks which no one can modify, sealing them permanently

Validate transactions – It enables individuals on the network to confirm transactions are indeed initiated by who they say they’ve been initiated by, and they can thus be added on the blockchain

It’s exciting to see how cryptography – the technology behind public and private keys, has evolved from being used during medieval wars to become the technology that enables people to transact on the futuristic blockchain world. And as blockchain technology continues to become accepted by other industries outside of finance, cryptography will continue to be central. It will be exciting to see how art and science will play a role in blockchain-based processes in the future.