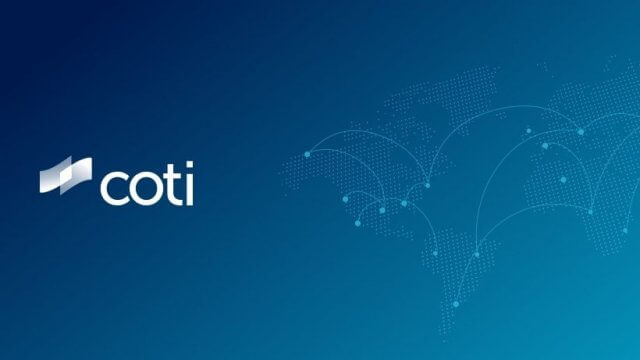 The traditional payment system is defined by long waiting periods, expensive fees, and error-prone transactions due to the single point of failure inherent in centralized systems. Blockchain was supposed to help with most of these problems, e.g., by facilitating peer-to-peer, fraud-free transactions. However, the first and second-generation blockchains, i.e., Ethereum and Bitcoin, face challenges like low scalability that prevent them from competing with the fastest traditional models such as Visa.

However, it’s doubtless that blockchain tech offers the best possible alternative to the traditional payment models. For this reason, a litany of blockchain projects seeking to provide better scalability, security, etc. than Ethereum and Bitcoin’s blockchain has sprung up over the years.

Coti is one of these. Formed in 2018, Coti wants to fix traditional finance issues such as high fees, low latency, and lack of inclusiveness.

This article is a deep dive into the Coti ecosystem.

COTI supports the following elements to realize a safe and cost-efficient payment structure:

Thanks to its use of a distributed ledger, COTI eliminates the possibility of a single point of failure

Below, we’ll be taking a look at some of the core technologies on the Coti platform.

This is a consensus algorithm based on machine learning. Trustchain decreases transaction costs while increasing transaction processing speed. Trustchain utilizes a directed acyclic graph (DAG) data structure to maximize scalability, supporting up to 100,000 TPS. The Coti team wants to revolutionize crypto by having decentralized payment solutions built on Trustchain. The Trustchain will offer the following innovations:

Coti will use the Trustchain to realize one-click payments. Merchants will be able to embed the functionality on the websites for easy checkouts.

Through the node manager, anyone can join the network as a node operator and start running various types of nodes.

Coti implements a DAG-based decentralized ledger that achieves scalability through the use of Trust Scores. The higher a user’s Trust Score, the faster the confirmation time.

Coti implements a transparent and equitable fee structure where all fees are distributed in a balanced manner amongst network participants.

This tool is designed to collect data on user behavior and transfer the info to Trust Score Nodes. Trust Scores are used by Trustchain Algorithm to verify and confirm transactions quickly.

Coti will introduce smart contracts for a DAG distributed pledger, the first-of-its-kind. Smart contracts are recorded in the MultiDaG Cluster and are verified severally before being confirmed.

COTI’s MultiDAG, coupled with Coti smart contracts and the infrastructure for genesis transactions, creates the possibility for high-performance stablecoins

Coti has developed an end-to-end solution on which businesses can build blockchain-enabled loyalty networks. Such networks allow businesses to retain customers and earn more revenue.

Marketplaces are currently proliferated with loyalty programs, which lead to customers accumulating loads of loyalty cards, all with different terms and conditions.

On their part, businesses have to manage their own loyalty programs, a task that’s often demanding in terms of money and time. And even those loyalty programs often never maximize their potential due to low account activity, low redemption rates, account maintenance costs, and time limitations.

Coti provides cheaper, time-saving, and more interactive solutions for loyalty programs. These solutions are as follows:

Coti will allow businesses to build a branded wallet complete with customized tokens. Users will be able to hold multiple loyalty tokens from different businesses.

Businesses will have the ability to create a loyalty program fast and easily.

Users will have the ability to trade their loyalty tokens.

Uses will be able to earn tokens as a reward for purchases, referrals, and engaging with businesses.

Businesses will be able to collaborate with other companies to exchange tokens and share ways to enhance customer loyalty and retention.

Coti also provides the first-ever blockchain-powered environment for creating stablecoins. Users can issue their own stablecoin that they can have total control over. Stablecoins are a kind of cryptocurrency that is not volatile. They cushion users against the potential losses that could happen overnight with a regular cryptocurrency. Coti enables companies to create their own stablecoins and apply a stability mechanism to any asset of their choice. The stablecoin feature will benefit users in the following ways:

Businesses can reach entirely new markets by offering stablecoins as a means of payment.

These are a mainnet full nodes that utilize a delegated staking mechanism to verify and confirm real-world merchants’ transactions. These nodes are technically operated by a node operator who has the requisite skills for the task. To become a community node, you must first stake in 5,000,000 COTI.

There are also advanced nodes, which are also mainnet nodes in how they function. However, advanced nodes will need to stake between 500,000 – 5, 000,000.

COTI Pay is a digital payment tool that can process online and offline payments, including crypto, stablecoins, businesses’ native coins, and credit cards. On the tool, users can also earn passive income through interest on deposits.

The Coti team plans to undertake several growth strategies to expand the growth of the community:

Where to Buy and Store COTI