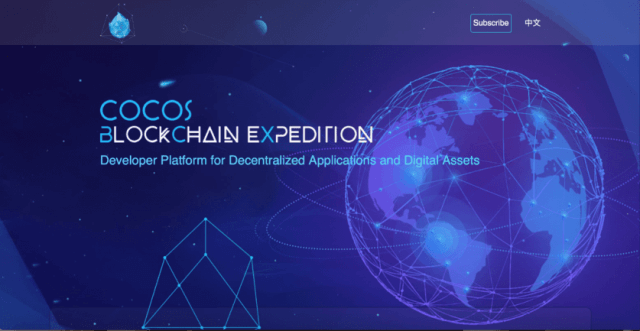 The game industry was one of the earliest industries to adopt blockchain tech. And as the years go by, blockchain developers are discovering more frontiers for blockchain applications in the industry.

Blockchain offers a lot for the gaming community: better safety and security, a decentralized gaming environment, and no geographical barriers.

CocosBCX (CocosBlockchain Expedition) is one of the gaming solutions’ effort to emerge from the blockchain space. The platform provides a fairer, safer, and more interactive gaming environment for both developers and players. And players don’t just play – they too can make money from the experience.

In this article, we break down CocosBCX and how it hopes to vastly improve the gaming experience for gamers across the globe. We’ll also see its unique approach to the thorny ‘blockchain trilemma’ issue. And lastly, we’ll look closely at the platform’s token and its role in the picture.

Launched in November 2017, CocosBCX is a blockchain endeavor to provide a decentralized, safer, and more dynamic environment for game developers. It features visualized development kits with which developers can create games graphically in a blockchain environment. And they get to do this without dealing with the technical part of the blockchain – which removes the barriers of entry for developers around the world.

CocosBCX says its mission is to “bring users a whole new gaming experience, unprecedented gaming status, and with all the assets obtained in the games being wholly owned by the users.”

The CocosBCX team envisions the following for game developers and players:

To achieve these goals, CocosBCX relies on a stack of key elements, which are:

How CocosBCX Solves the Blockchain Trilemma

CocosBCX admits the complexity of the blockchain trilemma but attempts to solve it nonetheless. The team says they have “made the ‘length’ of the impossible triangle as short as possible” through several design approaches. Let’s do a run-through of how – by looking at all the three elements.

CocosBCX aims to achieve the highest levels of decentralization via several design principles – a DPoS mechanism, enabling a low risk for hard forks, and light nodes.

CocosBCX utilizes an improved DPoS mechanism where all active witnesses equally participate in block generation and get equal rewards.

CocosBCX’s DPoS consensus layer removes the need for miners. Unlike in a mining network where a large group of miners can hijack a large share of computing power, increasing forking risk, DPoS increases decentralization, effectively reducing the probability of forking

A light node is the opposite of a full node. Unlike a full node, a light node does not store the whole copy of the network’s data, just the most recent transaction information. A light node contributes to the network while consuming fewer resources than a full node. Such design is not only time-saving but also allows capacity for interaction with the network. Users can use a light node and get to interact with the CocosBCX blockchain.

The CocosBCX network tries to achieve the maximum possible security for players. Let’s see how:

Apart from the verification needed for transactions, game developers will set up a 2-step authenticator involving a random code to provide an extra layer of security

CocosBCX supports tech updates and regular bug fixes, so that smart contracts are not just secure but also timely.

CocosBCX’s upper-most layer is designed to handle an entire business ecosystem with support for decentralized gaming and a game economy. The layer consists of a game engine, a conducive game creation environment, and a blockchain-based game chain that takes it global.

As we’ve mentioned previously, Cocos-BCX utilizes a DPoS consensus mechanism for block generation and continuation of the network. Scheduled participants in the DPoS network are known as witnesses. At any time, a network requires a minimum of 11 active witnesses and a maximum of 101.

If the scheduled witness does not produce blocks, no blocks will be minted for that time slot. The network will wait for the next scheduled witness to generate blocks. The voting of witnesses is done every 12 hours.

COCOS is the native cryptocurrency of CocosBCX. It is an essential part of the network, playing the following roles:

COCOS token was distributed as follows:

If you’re interested in grabbing some COCOS, you can find it in a variety of exchanges, including Binance, MXC, HotBit, Gate.io, CoinDCX, Hoo, Citex, DragonEx, HitBTC, and Sistemkoin. The coin is listed as a pair of both Fiat and cryptocurrencies such as USDT, BTC, and BNB.

CocosBCX provides fresh blockchain-based solutions for gamers and game developers everywhere. Users can expect diligently designed solutions when it comes to decentralized, secure, and scalable gaming experience – thanks to the team’s methodical approach to the impossible triangle dilemma.