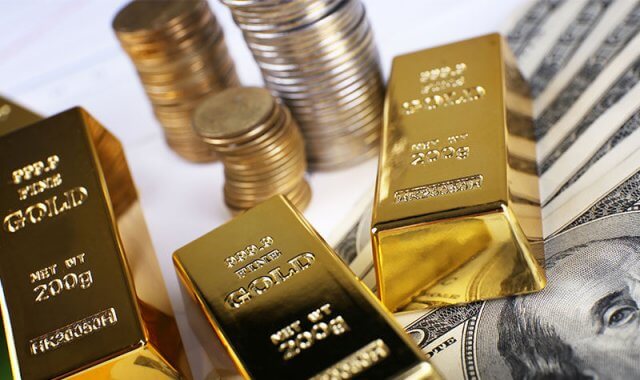 Inarguably, the value of the dollar today is not the same as it was a decade or two ago. You use more currency to buy less, and that is what inflation is all about.

Inflation can be defined as the measure of the average price level, in an economy, of a unit of goods and services. It is the increase in the price over a particular period, where you cannot use the same amount of currency to purchase a specific item.

No doubt, the pandemic and the rushed measures to control it were devastating to the world economy. Governments worldwide scrambled to shut down their economies and started printing money to control the spread while also trying to keep the local market functional.

The main issue with printing excess money is that it eventually decimates the host government’s currency and pushes the economy into an inflationary spiral.

Nonetheless, inflation is a natural event, and only the most disciplined investor benefits from it or reduces its effect on their investments.

How to Safeguard Against Inflation

In response to the COVID-19-inspired economic fallout, the Fed was forced to pull out all the stops in a bid to control it. These measures have pushed the Federal Reserve balance sheet to over the $7 trillion mark from $4 trillion, and further contractions are expected.

But what should you do as an investor?

Ideally, there are two factors to look out for when searching for an inflation-resistant asset; real yield and store of value.

An asset with a large store of value such as gold does not lose its purchasing power over a particular period. If the asset can also create income, the better, as it fulfills the two requirements.

There are a couple of other benchmarks that measure potential hedges against inflation, and they include how the asset holds its value over time. Other essential factors include how people perceive the assets as a store of value across borders and how quickly it can be monetized.

Lastly, the ideal inflation-resistant asset should be easily movable across geographical borders in case of unforeseen hurdles.

The perspective of bitcoin as a viable store of value that can be monetized quickly is gaining traction, at least in recent months. Bitcoin is also beyond the control of any government and is, therefore, borderless.

While changes in the inflation level depend on various factors, such as the rapid increases in raw materials prices and rising wages, the coronavirus pandemic is the most significant.

In the last century, the US dollar buying power has been on a free fall, mostly because of the monetary, fiscal policy adopted. The Federal Reserve’s primary response has been to print money and purchase securities on the open market to plug an economic crisis like it is happening now. Although it adds more liquidity to the market, this policy diminishes the value of the dollar, which sometimes aggravates an already dire situation.

Consumer Price Index (CPI) is the primary method of tracking US Dollar inflation. As far back as 1948, the inflation rate has been at an average of around 2%. This translates to a loss in value of up to 2% every year. That means the money in your savings account is losing its value.

Although inflation is a significant characteristic of market economies, it is possible to plan for it by focusing your investment in asset classes that outperform the market during such challenging times.

Traditionally, gold has been the perfect inflation hedge based on its stability. Not long ago, gold went above the $2,000 an ounce ceiling to record a 27% raise last year, 2020, which is quite enormous.

In fact, many people have previously viewed gold as a possible alternative currency, especially in countries whose money is losing value fast. This precious metal is tangible and real and tends to hold its value in the long term, like no other asset.

Typically, it is common practice for gold or other strong currency to replace a weakened local currency to keep the economy sane. Central banks around the world hoard gold as they start to print money. They spend more of the bad money, which loses value and hold on to the good money, which is gold.

Unfortunately, gold is not always the perfect hedge in tough economic times. When inflation is in an upward trajectory, central banks move in to enforce a monetary policy that includes increasing interest rates. Assets such as gold, with no yields or any other accumulating rewards, are not always the best investment vehicle.

Other better assets will protect your wealth from inflation and still give you good yields. However, diversification is vital for a strong portfolio.

Last year, bitcoin was up by 66%, and the rise continued into the new year to post a high of $40,519.45, an all-time high. With its exceptional value, bitcoin is hedging against inflation and chaos.

The borderless and decentralized cryptocurrency is beyond any government control, and they cannot print more of it like they do with the standard currency. The maximum bitcoin supply is 21 million, which serves to limit the supply and prevent eventual dilution.

Bitcoin supply remains constant, regardless of what the local governments do.

Interestingly, the current government shutdowns are playing in the hands of digital assets such as cryptocurrency, thereby increasing its value as an inflation hedge asset. But how is that so?

Clearly, the current shutdowns have directed the focus to digital currencies. This may be one of the reasons that propelled bitcoin to an all-time high. It is one of the few assets posting excellent results, which is good for crypto investors.

Thanks to coronavirus, the S&P 500 index surged 55% from the lows observed in March last year despite all the groom. Similar to bitcoin and gold, the lockdowns and the resulting money printing has caused a rally to the stocks. But how can this happen?

According to economists, the stocks’ value is not appreciating, but rather the dollar is depreciating against the stocks. The surge in equities is a significant indication of diminishing trust in the local currencies, which forces the wise investor to add more stocks to their portfolio to safeguard against losses.

Apparently, investors have lined up to take up stocks at the expense of fiat currencies.

Ostensibly, most investors do not give a hoot about inflation and its effect on day-to-day trading and investment. Well, indeed, what you can’t see can’t hurt you, but inflation is the exception. It will hit where it hurts the most; your financial well-being.

The common practice is to hoard local currency in the form of savings to safeguard against tough times. Putting away something for the rainy day is alright, but the strategy has a significant flaw. You lose a bit of the savings to inflation. Saving in a bank is not a viable option, especially when the global central banks do everything to devalue the local currency.

The looming economic crisis, driven by the continued printing of money, calls for wise investment decisions. Ideally, invest in inflation hedge assets such as gold, bitcoin, and stocks to weather the current storm. Don’t be on the losing side by putting so much faith in the dollar and other global currency.