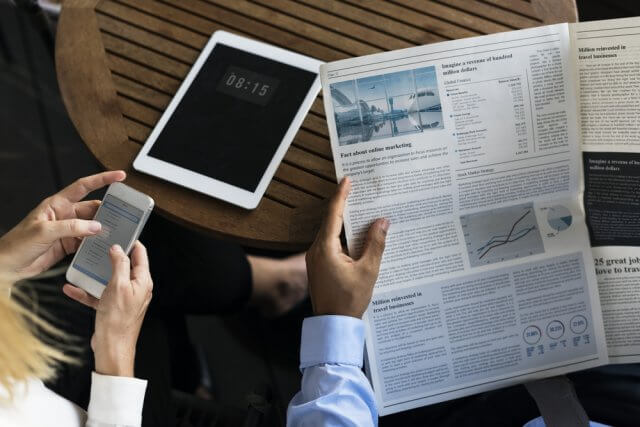 Now that you know about scheduled news releases in the forex market, you must be excited. You probably think that you have the most foolproof way of trading in the forex market. You might have even gone to the extent of planning your trades to coincide with the high-impact indicators; because they significantly affect price action, you can collect a lot of pips.

Well, if you have thought and planned all that, forget it! To successfully trade the news in the forex market, you have to be deliberately methodical and calculative. If not, you may end up wiping out your trading account.

We’re not saying that you shouldn’t trade the news. Quite the opposite, you should, but only, and only when you understand the implications of the news release. Let’s, for example, take the release of a high-impact economic indicator.

Usually, when high-impact economic indicators are released, they are followed by extreme market volatility. The US unemployment rate is a high-impact indicator. Its latest release on October 2, 2020, at 8.30 AM EST came in positive at 7.9% lower than the expected 8.2%.

In this case, you’d expect the USD to be stronger than the EUR. But immediately after the news was released, there was some volatility that made the pair gain 11 pips before adopting a bearish trend.

Eleven pips may not sound like a lot. But if you have a small trading account and using high leverage, the chances are that 11 pips in the wrong direction can wipe you out.

Watch out for geopolitics

When trading the news as scheduled in the economic calendar, it pays to monitor geopolitical developments that are not scheduled, especially in the current climate of trade wars. Declarations by influential political figures may influence trends in the forex market. In such cases, if the news release of economic indicators coincides with such events, their impact may be watered down or exacerbated.

Another reason why trading the news may not go as planned is because the outcome of a news release could already be priced into the market. Forex traders are skillful at anticipating – especially when it comes to interest rate releases. If they anticipate that central banks are going to cut interest rates, they will adjust their trades weeks or months in advance. In this case, when the actual rates are released, their impact will not be as pronounced.

We’re not saying you shouldn’t trade the news. Just take your time and familiarize yourself with the different types of economic indicators. Do thorough backtesting and have a trading plan on how you will incorporate news releases into your trading.