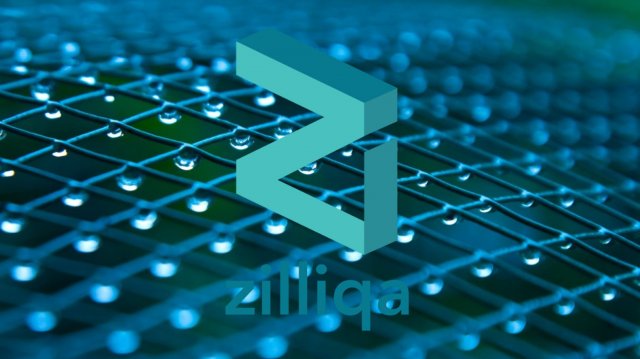 Anyone that’s transacted on the Bitcoin blockchain is aware of how long transactions take to be confirmed. In fact, Bitcoin transactions can take anything from 10 minutes to one day, depending on traffic. One of the things a digital currency is supposed to accomplish is speed. This is one goal that’s yet to manifest for Bitcoin and, indeed, the majority of blockchains.

Many blockchains are remodeled after Bitcoin’s blockchain, one way or another. The result is the same, slow transactions and waiting times. Zilliqa changes this by deconstructing the current blockchain concept.

Let’s delve into the interesting way that it does this. 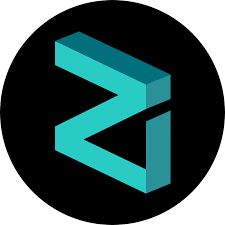 Zilliqa is a scalable blockchain with the ability to process thousands of crypto transactions every second. This is made possible by its adoption of the sharding technique. Sharding is by no means a new concept, nor was it invented for blockchain. The technique has been around for a while and is majorly used to partition databases to make workloads more manageable.

The current blockchain, as we know it, uses the consensus mode of transaction confirmation that has faced scalability issues since its inception. This is due to thousands of nodes in any blockchain network that makes it harder to reach consensus. The speed of a network is inversely related to how large it is. The bigger the network, the more nodes that have to reach a consensus on transactions, slowing their confirmation.

Consider Bitcoin’s blockchain. As more users use the network, confirmation time is slower, and the transaction fee increases. Moreover, those who want faster confirmation are forced to pay more in order to get first priority. This is not only expensive, but it also goes against the democratic nature and accessibility-for-all of cryptocurrency.

The Ethereum blockchain, the second most popular, also has an inherent scalability problem. This is best illustrated by the Cryptokitties fiasco, whereby the game’s developers had to increase the transaction fees in order to at least reduce network congestion. This demonstrated how the network couldn’t handle massive amounts of traffic.

The problem with proposed scalability solutions

Now, solutions that have been proposed for the blockchain scalability issue are not sustainable for the long haul. One of these is moving part of the transaction data off the chain. Others are increasing the block size so that consensus can be established for each round of transactions.

These are band-aid solutions that don’t fix the fundamental problem. The ideal solution would be overhauling the entire architecture so that the rate of nodes giving consensus is positively correlated with the network size.

Zilliqa proposes to solve this problem by re-imagining the entire blockchain from the ground up. This new model involves implementing a hybrid consensus that will grow the network’s throughput with every 600 new nodes that join.

However, no network as yet has reached 1 million nodes. Both Bitcoin and Ethereum currently have tens of thousands of nodes. Even with that number, they’re still only able to process an average of 3-15 transactions per second (TPS). By contrast, with only 1800 nodes, Zilliqa has a throughput of 1218 TPS. When this number is doubled to 3,600 nodes, Zilliqa can handle up to 2, 488 TPS.

So, what’s Zilliqa’s plan to achieve this scalability? It does this by utilizing a process known as sharding. The Zilliqa protocol divides the nodes on the network into groups of 600 each. Each group is called a shard. For instance, if a network has 2400 nodes, the nodes will be divided four times, with each group getting 600 shards. 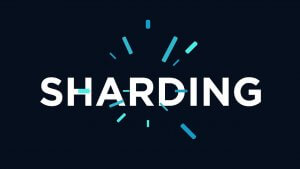 Every shard processes the transaction the parallel shard is working on. A parallel process is known as a ‘DS epoch.’ After every epoch, the blocks will come together and form a full block.

Zilliqa has a “DS committee” that manages shard allocation. For each DS epoch, nodes are randomly selected to manage the shards. These nodes are the ones known as the DS committee, and they decide which shards the nodes are allocated to.

Zilliqa utilizes a hybrid consensus mechanism that works as follows:

The first stage of the mining process involves proof-of-work (PoW). The PoW involves completing a hash to prove and establish identity, making it impossible for a bad actor to create multiple identities and overwhelm the network. After a node’s identity is proven, it’s assigned to a shard.

In the shards, Zilliqa applies a Practical Byzantine Fault Tolerance consensus (PBFT). Now, this mechanism has a finality, meaning the majority of the nodes in a shard must reach consensus on a mini-block. Once a block is verified by the shards and the DS committee, it becomes the only block that can be linked to the one before it.

The Zilliqa team has developed a new programming language known as Scilla. Scilla is an intermediate-level language that separates the programming and communication aspects of smart contracts. It helps to differentiate between functional contracts compatible with Zilliqa’s blockchain, and state-dependent contracts that are not yet supported by Zilliqa.

Zilliqa has a native token known as ZIL. ZIL token acts as an incentive for miners, gas for fueling smart contracts, and for covering transaction fees.

Who’s the Team Behind Zilliqa?

The Zilliqa team mainly comprises of people with a computer science background. CEO Xinshu holds a Ph.D. in Computer Science from the National University of Singapore. Chief Scientific Advisor Prateek Saxena holds a Ph.D. in the same field form the University of California, Berkeley. Head of Research Amrit Kumar has a Ph.D. from Université Grenoble-Alpes, France, as well as an Engineer’s diploma from Ecole Polytechnique, France.

Where to Buy and Store Zilliqa

You can find Zilliqa at any popular exchanges, including Binance, Huobi, Coinbase Pro, Gate.io, Kucoin, BitFinex, Coinswitch, OKEx, and YoBitNet.

Despite the current proliferation of blockchains, Zilliqa managed to come up with a unique solution for a persistent problem in the blockchain. While many existing blockchains scramble to integrate sharding, Zilliqa has the headstart of implementing it from scratch. We can expect to see many more blockchains being launched with this technology in the future.