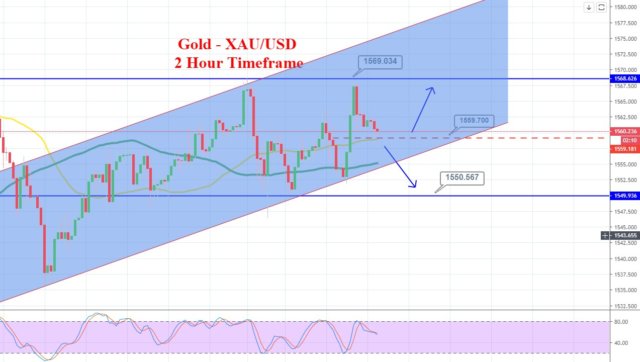 The WTI crude oil prices flashed green and rose to $55.84 after dropping to 9-week lows, mainly due to the fears regarding China coronavirus. The U.S. West Texas Intermediate futures (CLc1) were 24 cents up, or 0.4%, higher at $55.83 a barrel. The contract fell 2% on Thursday and is 5% lower for the week.

On the front of the main headlines, the market’s risk tone has already badly shaken by the headlines from China regarding the increased number of affected people and deaths because of coronavirus. China has reportedly blocked millions of people in two cities to prevent the virus spread.

Whereas the World Health Organization (WHO) still needs some time to understand the cause behind the coronavirus as an international threat. The SARS fighting team of China returned to find the reason and battle the coronavirus.

On the flip side, oil inventories dropped by 405,000, the EIA reported in its weekly report. Traders were looking for a drop of about 1 million barrels for oil inventories.

After the massive build in fuels during the previous two weeks, you can say that this is slightly positive news for the crude oil future buyers, as well as it did not prove to be much help because the market’s worries are all on China’s demand now, under the coronavirus problem.

While we had a near 1-million barrel decline in Cushing stockpiles, U.S. crude exports fell about 70,000 bpd on the week, and production remained at an unreasonable high of 13 million bpd.

Technically, crude oil has violated the horizontal intraday support level of 55.90, which is now working as resistance for oil. It’s trading at 54.50, having formed strong bearish candles, which are known as “Three Black Crows.” These patterns are likely to drive more sales until 53.95, the next support level for crude oil. The MACD also supporting the strong bearish trend in the crude oil, although there’s a need for a bullish correction. Let’s consider to take sell tradings below 55 today to target 53.95. Good luck!