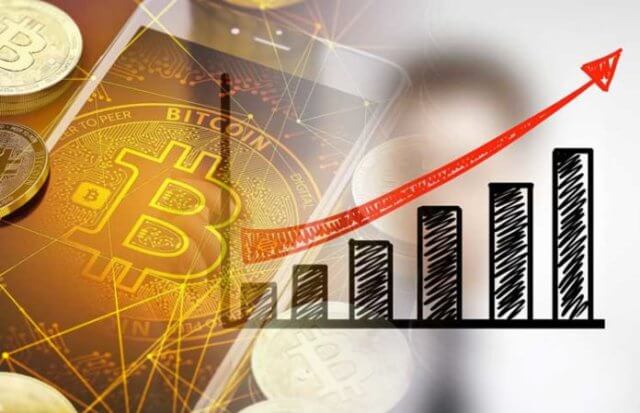 2020 promises to be an exciting year for the crypto community, a year when most cryptocurrencies and their backers make major moves and further their undying quest to establish dominance and woo in more users. And we aren’t just talking about Facebook’s Libra – though we expect its eventual entry into the blockchain and cryptocurrency world to rattle the markets. We are talking about the near-silent moves that the popular cryptocurrencies have been involved in and some of which will materialize early in the year.

From Bitcoin to Ethereum to Ripple, we expect each of these major coins to embrace significant structural or operational changes in the coming months. And in this article, we will be detailing these changes and their significance to the coin itself and the crypto community.

We start by looking at Bitcoin halving and why one man’s prediction of its price after the halving has gone viral.

In May 2020 – that’s less than four and a half months away – Bitcoin will undergo its third halving process. This basically means that the amount of the Bitcoin cryptocurrencies being rewarded to miners for contributing to the blockchain will be slashed in half. Why is this significant, you might ask? Because it not only has a direct impact on the price of the most popular and most valuable cryptocurrency but also impacts bitcoin transaction costs. To understand the impact that this year’s halving will have on the price of the lead crypto, however, we look back at its last two halving processes.

Bitcoin halving takes place every four years, and the first took place in 2012, with the most recent coming in 2016. In its premier stage, Bitcoin miners received 50 BTC for every block contributed to the blockchain. Granted, the November 2012 halving didn’t have much impact on the price of Bitcoin that was going for $11 at the time. After the July 2016 halving, however, the coin price would sway between $580 and $700.

Interestingly, the most significant Bitcoin price movements for the two halving stages would manifest within the 18 months following the process. After the 2012 halving, for instance, Bitcoin price rallied to hit $1100 by the end of 2013. And following the 2016 halving, the pioneer digital currency soared to its highest ever price yet of over $20,000 by Jan 2018.

In an ideal market structure, you would expect the halving to inspire significant value rise rallies that would possibly take it through to the next four years.

Nothing ideal about Bitcoin market

But there is nothing ideal about the bitcoin pricing and the larger crypto market. These markets and the digital currencies traded therein have time and again defied the conventional economy laws. And this is evidenced by their huge and persistent volatilities. These plus the relatively slow response to the halving process has become a major cause of division on different bitcoin and crypto analyst’s predictions of the coin’s price after halving. While most believe that it will ultimately go up – albeit sluggishly – a significant portion of these is adamant that the Bitcoins price increase has nothing to do with halving.

Jacob Canfield is a long-time crypto analyst and his end of the year commentary about the Bitcoin’s price trajectory going into 2020 has gone viral. And with regards to the expected halving, Canfield believes that it will have significant impacts on the price of Bitcoin. But it’s his opinion on why most people don’t associate the bitcoin value rise with the halving that caught the attention of the crypto community. In a tweet sent out three days to the New Year, Jacob Canfield argued that:

These sentiments – that have been regarded by some quarters as an extremely meta prediction of Bitcoin – were nonetheless echoed and interpreted by Willy Woo – an Adaptive Capital analyst. Who mentioned that:

“Translation: While the public believe in efficient market theory and that markets perfectly price in all available information. Market traders know the price chart is a war of strategy and fuckery designed to make the most money for the best players.”

Woo reckons how naive it would be for any crypto enthusiast to imagine that market prices are always a reflection of the available market data.

Any crypto analyst worth their salt will also tell you that in the periods leading to both bitcoin halving processes, the coin witnessed declining prices. Canfield was quick to observe this and put it down in a tweet expressing his confidence in Bitcoin’s price dip before the end of January. He argues that he is:

“Longing $6700-6800 in January will be a good deal. I was hoping for $5500, but not sure we get there. Not sure we see much lower for a while after that. Will revise if the context of the market changes, but that’s what I’m seeing so far.”

Ethereum and its new hard fork

What you probably do not know is that this is the second major upgrade to the blockchain in a month after a similar upgrade – the Istanbul Upgrade – in late November. The upgrade effectively holds back the kicking in of the “difficulty bomb,” also referred to as “ice age,” that will mark a transition to Ethereum 2.0. It was effected after the mining of block 9,000,000 and is expected to hold back Ethereum’s transition to a Proof-of-Stake model by about 4,000,000 blocks – or more than 600 days.

The difficulty bomb mode algorithm was embedded onto the Ethereum blockchain network in 2015 with the aim of increasing hashing difficulty and push the network towards a PoS concept. The proof of stake model adopted by Ethereum 2.0 will, however, be dissimilar to that of Bitcoin blockchain in one primary way. While bitcoin blockchain reduces the reward to miners, Ethreum’s difficulty bomb increases the time it takes to mine a block by between 10 and 20 seconds.

However, both approaches have similar side effects as they contribute to high transaction costs and demotivate miners. By delaying the difficulty bomb and the transition to the proof of stake, Ethereum will be looking for different ways of continually incentivizing their miners to ensure that they remain within the platform during and after the switch.

Ripple and XRP at the ATM

Following in the footsteps of Bitcoin and Ethereum, Ripple would also start the year with an ATM partnership that will see General Bytes dispense XRP tokens.

General Bytes is a Crypto ATM Company with a network of over 3000 machines across the United States. The XRP partnership means that virtually anyone using their machines now has the option of loading and withdrawing ripple coins from their ATMs. The company, however, mentions that this is not a default feature with their ATMs, but it is up to the ATM operator’s discretion to chose whether to enable the XRP feature or not.

While making this Ripple news public, General Bytes stated that:

“Owners can now enable XRP as it is backported to all machines sold to date. Of course, an ATM operator needs to enable it as they are the ones who own the machines, wallets, etc.”

The move confirms Ripple’s continued chase for dominance within the retail crypto space. It should particularly be noted that this isn’t the first time the blockchain developers are partnering with crypto ATM companies. In the months leading to the end of the year 2019, for instance, Xpring – Ripple’s fundraising and crypto development arm – invested over $1.5 million in CoinMe, a Seattle-based Crypto ATM company.