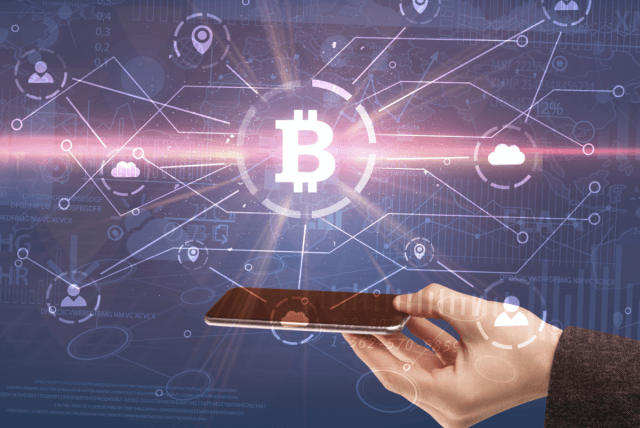 Every revolutionary technology in the history of mankind goes through four distinct stages before achieving widespread penetration. Looking at blockchain through the lens of technological development, the technology can be said to be at its early adoption stage – more than ten years after its invention. That is to say, blockchain has begun taking root, and it’s set to spread exponentially though it’s still far from full adoption.

The global blockchain market is expected to grow from $3.0 billion in 2020 to $39.7 billion, at a Compound Annual Growth Rate (CAGR) of 67.3%, in the next five years. While innovations in and around blockchain have been largely concentrated in the U.S and Europe, the application of the technology is quickly spreading over the Asia Pacific (APAC) region. In fact, the blockchain market in this region alone is predicted to grow to a whopping $16 billion by 2024, which represents an 87% CAGR during the forecast period. As a result, many industry experts believe the region is quickly becoming a blockchain hub that will perhaps take over the global economy sooner than expected. This accelerated growth in blockchain can be attributed to the following factors:

Governments in the APAC region are generally blockchain-friendly with some, for example, China, explicitly advocating for the use of blockchain technology in driving economic development. Recently, the Beijing government released to the public a blockchain development plan, whose aim is to promote the growth and utilize the technology in government services and across various sectors of the economy. This comes barely a year after Xi Jinping, China’s president, gave a speech saying that the country needs to “seize the opportunities” presented by blockchain, in what appeared to be the first instance in which a significant world leader backs the technology.

In Thailand, the government is proactively supporting the use of cryptocurrencies and blockchain by licensing exchanges and ICOs. Moreover, clear guidelines have stipulated to regulate blockchain companies in the country, which has consequently attracted foreign blockchain businesses. On its part, the government of Thailand, in partnership with a private venture firm, is working on its own central bank digital currency that will be made public as soon as it’s feasibility is ascertained.

Singapore, the financial hub of Southeast Asia, introduced a regulatory sandbox that allows businesses to experiment with blockchain solutions while safeguarding them from the potential risks and failures of integrating blockchain. The national government of Singapore has also partnered with a consortium of banks and tech companies to explore the use of blockchain for payments with the ultimate goal of digitizing the Singapore dollar. Other governments that have shown interest in blockchain include South Korea, Hong Kong, Australia, and Japan. With their simultaneous investment into the technology, the APAC governments encourage the use and development of blockchain in private and public sectors, which increases its adoption.

Asia Pacific region is widely known for its enthusiasm for cutting-edge technology, as evident from the likes of Japan and Singapore. The same can be said about China that is on a race to control the global economy hence its heavy reliance on technology. Moreover, the entire APAC region is largely made of a middle class who are tech-savvy. According to recent data, the middle class in this region has been on the rise and is even much higher compared to Europe, North America, Central, and South America, as well as the Middle East.

The combination of these factors creates an ideal consumer market that is willing to invest in, or rather experiment with blockchain. As such, in the four stages of the technology life cycle, it can be said that the larger APAC population is primed to be the early adopters of blockchain technology, with the rest of the world expected to fall in the early and late majority adoption stages.

Additionally, the region’s interest in the wider crypto ecosystem is evident from its firm grip on digital asset trading. Fuelled by the young and the tech curious population, Asia-based exchanges account for about 40% of all trading volume, which is the highest from a single region. Even in mainland China where the government banned domestic cryptocurrency exchanges, crypto traders have resorted to Hong Kong, Japan, and Singapore-based exchanges.

A blend of blockchain-friendly laws and a ready market in the APAC region has created a fertile ground for blockchain start-ups and businesses to thrive. As a result, the region has experienced a rapid increase in blockchain-related job openings and an accompanying rise in those seeking blockchain-related positions. More so, as well-established companies looking to improve their operations by leveraging blockchain’s potential, it further increases the demand for blockchain-savvy professionals who will be tasked with integrating this new technology into an organization’s operations.

Currently, the fact that the demand for skilled blockchain professionals is higher than the supply has delayed the success of several crypto projects in the region. For the few that have succeeded in launching and jumping from the innovation stage, they have been forced to draw talent from a wider professional background to enable the pilot projects to mature into fully-fledged businesses.

The Asia Pacific region is home to some of the world’s largest industries, thanks to its relatively stable economy. These industries are therefore expected to be among the first to fully integrate blockchain solutions and lead innovations in the same field. For instance, in China, where the economy is highly fragmented, the supply chain industry can leverage blockchain technology to decrease bureaucracy and enhance transparency in addition to maintaining accurate transaction records.

In the banking, financial services, and insurance (BFS) sector, blockchain can support a wide range of applications from cross-border payments and wallets to digital identification systems. This can especially be helpful to the many individuals across APAC who are working outside their home country and are looking for efficient and affordable means to send money back home.

As is the case with any part of the world, APAC is also actively experimenting with blockchain solutions for the healthcare industry. Usually, this industry is segmented into clinical data exchange, interoperability, supply chain management, and bills settlement. So far, the supply chain management segment and data exchange are set to benefit first from the integration of blockchain as more solutions are being developed for other segments.

For quite some time now, the APAC region has been a trendsetter in the digital innovation field. Once more, the region is positioned to play a pioneering role in the imminent age of blockchain, thanks to its vast and especially keen consumer market. Also, endorsements from the national governments and the positive job trends centered around blockchain technology have only catalyzed the adoption of this technology by businesses as well as the general public. With that in mind, if indeed blockchain is on the cusp of widespread adoption, then the Asia Pacific region is on the vanguard.