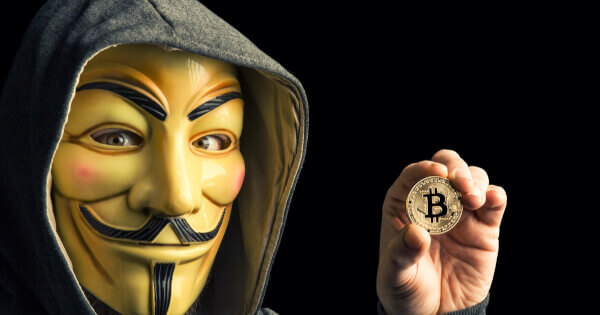 There’s no bigger mystery in the crypto world than the one of Bitcoin’s creator’s true identity. Satoshi Nakamoto is the pseudonym used by Bitcoin’s creator(s). More than 10 years after Bitcoin, Satoshi’s identity remains shrouded in mystery.

The Bitcoin community is yet even to know if Satoshi is one person or a group of people. What they know is that in 2008, Satoshi published a paper: “Bitcoin: A Peer-to-Peer Electronic Cash System,” that completely changed finance as we know it.

Nevertheless, that hasn’t stopped an active search for the mysterious figure. Several Satoshi ‘suspects’ have been unveiled, and not without controversy. Let’s look at some of the people widely theorized to be Satoshi.

Dorian Prentice Satoshi Nakamoto is a Japanese-American engineer suspected of being Satoshi by Newsweek writer Leah McGrath Goodman back in 2014. At the time, McGrath published an ‘expose’: “The Face Behind Bitcoin.” McGrath had established that Nakamoto had previously worked as a systems engineer on classified projects for the US government and a computer engineer for financial services companies.

McGrath said Nakamoto had let slip that he was the founder of Bitcoin. She alleged that during a face-to-face interview with him, he’d said about the currency: “I am no longer involved in that, and I cannot discuss it,” adding, “It’s been turned over to other people. They are in charge of it now. I no longer have any connection.”

However, when he’d said he’s no longer involved with that, he’d meant his work with classified military projects years ago. Both in The Associated Press and on a Reddit Ask Me Anything, he said that he’d misinterpreted McGrath’s question as being related to that work.

The “discovery” of Dorian Nakamoto was particularly mired in controversy. The Bitcoin community was not pleased with the “hit-job” type of piece – complete with a picture of his house – that McGrath wrote about him.

The community also took notice of a message published for the first time in years on Nakamoto’s P2P Foundation site, saying, “I am not Dorian Nakamoto.”

Adam Back is the CEO of blockchain company Blockstream. Some sections of the Bitcoin community suspect he’s Satoshi Nakamoto thanks to a YouTube video called “Unmasking Satoshi Nakamoto” Posted by the channel “Barely Sociable.” The video talks about several clues about why Back may be Satoshi Nakamoto.

One of those reasons is that he was describing the technology underlying Bitcoin as far back as 1998. He also kind of disappeared from the public when Satoshi was actively involved in the project. Barely Sociable also pointed out that both Back and Satoshi use double spacing in their words, and they use British English spelling. The video also mentioned the possibility that Back can always leverage plausible deniability about the claim. After the video was published, Back engaged in a back and forth with Barely Sociable on Twitter. At the time of writing, the YouTube video has 548,592 views on Twitter.

Wei Dai is a computer engineer and cryptographer. He’s the creator of the b-money currency system and a fixture in the digital currency community ecosystem. On August 23, 2008, Satoshi Nakamoto wrote to Dai acknowledging his contribution to Bitcoin:” I was very interested to read your b-money page. I’m getting ready to release a paper that expands on your ideas into a complete working system.”

Most of the evidence linking Dai to Bitcoin is substantial, though, and there’s no smoking gun evidence to prove that he really is Satoshi. Such evidence is based on the fact that Dai has the ability to create such a project, as well as his intensely private manner that is akin to Satoshi’s.

Also, if Dai were Satoshi, that means he’d have to have been playing a “double agent” role writing to himself and communicating with himself. This is highly unlikely.

Hal Finney is an American cryptography pioneer who died of ALS in 2014. In the same year, Forbes journalist Andy Greenberg wrote an article on Hal Finney, highlighting that he was not only Dorian Nakamoto’s neighbor, but also a pioneer in the cypherpunk and cryptography space. Not only that, Finney had been the first-ever recipient of a BTC transaction from Satoshi.

Greenberg then worked with writing analysis firm Juola & Associates and asked them to compare Finney’s writing with that of Satoshi. Apparently, they found his writing was closer to Satoshi’s than other candidates submitted to Newsweek, Fast Company, and the New Yorker. But they also found Satoshi’s emails to Finney more closely resembled the style in Bitcoin’s original white paper as compared to Finney’s emails.

Greenberg theorized that Finney could have been a ghostwriter for Nakamoto or has used his neighbor Dorian Nakamoto as cover. Finney denied being Satoshi. After Greenberg met Finney and saw the email exchanges between them and his and Bitcoin’s wallet history, he concluded that he was telling the truth.

Craig Wright is an Australian computer scientist and techpreneur. On Dec 8, 2015, Wired ran an article by Andy Greenberg and Gwern Branwen describing an Australian academician called Craig Stephen Wright who “either invented bitcoin or is a brilliant hoaxer who very badly wants us to believe he did.”

The same day, Gizmodo published a story featuring documents allegedly obtained by a hacker who breached or “breached” Wright’s email accounts, claiming that Satoshi Nakamoto was a joint pseudonym for Craig Wright and his longtime friend, Dave Kleiman. Kleiman was a computer forensics expert who died in mysterious circumstances in 2013.

Following the article, Wright quickly disappeared from the web for several months only to resurface on May 2, 2016, and declare that he was Bitcoin’s creator. He also wrote an article apologizing for taking the original private approach and a refusal to provide proof of access to one of Bitcoin’s earliest keys. Several publications have rubbished the claims that Wright is Satoshi. He’s also currently embroiled in litigation with Dave Kleiman’s estate. The lawsuit claims Wright defrauded Kleiman of millions of worth of Bitcoin.

Nick Szabo is a computer scientist, legal and cryptography scholar who’s widely credited for pioneering the concept of smart contracts in the ’90s. In 2008, he developed a decentralized currency – Bit Gold, which he described as “a protocol whereby unforgeable costly bits could be created online with minimal dependence on trusted third parties.” This is in agreement with Bitcoin, in which bits produced by a distributed network of computers worldwide independently verify transactions.

Writer Dominic Frisby floated the idea that Nick Szabo is Satoshi in his book “Bitcoin: The Future of Money?” Frisby talked to a stylometric analyst who apparently concluded that Szabo’s writing style is similar to Satoshi’s. His other ‘proof’ was that both Szabo and Satoshi reference legendary Austrian economist Carl Menger. Frisby also established Szabo had worked for DigiCash, a cryptographic electric money attempt in the early ’90s. According to Frisby, all these clues alluded to Szabo being Satoshi.

However, Szabo has repeatedly refuted the idea that he’s Satoshi, saying to Frisby in one of their correspondences: “Thanks for letting me know. I’m afraid you got it wrong doxing me a Satoshi, but I’m used to it.”

The fervor behind Bitcoin’s creator is understandable. After all, the currency is not just digital money – it’s a movement – one that has shaken the very core of finance. Some of the people mentioned in the list are known for their pioneering work that helped lay the foundation of Bitcoin. Others have been active in the currency’s development from the beginning, while others appear to ride on the coin’s popularity for whatever ends. But if you think about it, the mystery surrounding Bitcoin is partly behind its wild success and possibly its ‘untouchable’ status. The Bitcoin community and, indeed, the world should be happy that we have Bitcoin and not be so fixated on its creator.