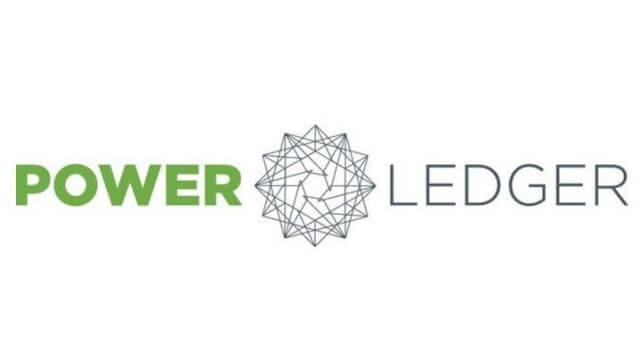 Electricity all over the world is controlled by big powerful entities who make all the rules. From distribution to pricing, to availability, the average person never had a say on how much they are billed, what time power goes on/off, and whether their area is connected to the national grid, to begin with. In other words, worldwide power today is heavily centralized, and that’s not worked for the good of the consumer in any way.

What if you could have more control over how and when you get power? What if you could make money off your rooftop by selling energy? This is now possible thanks to Power Ledger, a platform that “allows devices and humans to trade the power they need when they need it” in a trustless, decentralized and scalable manner.

In this guide, we’ll take a deeper look into the offerings of Power Ledger and how exactly it reimagines the concept of energy ownership and distribution. We’ll also examine the platforms’ two tokens and how exactly they fit into the ecosystem.

Formed in 2016, Power Ledger is an Ethereum-based, peer-to-peer platform that employs blockchain tech to facilitate energy trading between buyers and sellers without the need for intermediaries.

Power Ledger wants to democratize power and free populations all over the world from reliance on centralized utility companies that usually make arbitrary decisions unfavorable to users.

Its use of the blockchain eliminates a single point of failure. How many times has the power gone off in your area, with no recourse, because the national grid is controlled by a single powerful entity? Power ledger wants to distribute energy in such a way that even if one source fails, the other sources can still supply energy.

The Power Ledger platform is driven by several functions which we’ll explore in detail below.

µGrid is a platform that enables Power Ledger users to trade energy with each other, whether it’s in marketplaces, office complexes, and villages. Through the platform, residents can monetize their roof space. Everything is handled transparently through the blockchain, and anyone can log in and view the transactions.

xGrid is a platform through which customers connected to the same energy grid can sell energy to each other. It handles everything from generation to consumption and settles all the transactions between parties in a transparent and peer-to-peer (P2P) fashion. xGrid supports quite a wide variety of this type of P2P transactions: whether it’s loyalty P2P (e.g, shoppers rewarding their favorite brands), gifted P2P (customers gifting their friends, neighbors, the community) or cross store P2P (commercial customers selling rooftop electricity to each other).

This is a virtual network through which households and businesses can sell their excess solar energy during price peaks, making a profit or earning passive income.

This is a management and settlement system that allows energy owners to manage output and billing of transactions. If, for example, a local business is entering into a power purchase agreement with an energy operator, they can utilize the transaction software so that every involved party can see updates in real-time.

This a digital registry on which owners or operators of renewable energy can track, record, and issue assets such as energy certificates and carbon credits. It’s a way to streamline such existing processes and make them more secure.

This a digital marketplace on which energy operators can trade and settle renewable energy certificates anywhere in the world. Users can connect to already existing platforms, or they can start a new one with it. It’s a way to settle transactions faster, more affordably, and efficiently.

Power Ledger operates on a dual-token system. These tokens are SPARKZ and POWR. What role does each play? Let’s find out below:

SPARKZ token is how the platform monitors the movement of energy between trading participants. SPARKZ is added or removed from the seller and buyer, respectively. What this means is everyone gets their end of the bargain almost instantaneously. The buyer receives energy, and the seller receives payment. SPARKZ is pegged against the local Fiat currency for each jurisdiction.

All in all, POWR tokens play these roles in the Power Ledger ecosystem:

Who is Behind Power Ledger?

The Power Ledger core team is made of sustainability and blockchain experts. Executive Chairperson and Co-founder Jemma Green has a Ph.D. in electricity market disruption and has sat on the boards of sustainability companies such as Water Corporation, Carbon Tracker, and Climate-KIC in Australia.

Head of Business Development Vinod Tiwari brings a wealth of energy experience to the table, having worked in the Australian energy sector for years. He was the chief operating officer of Regen Power, general manager of sales at Perth Energy and senior adviser to Future Effect.

Where to Buy and Store POWR

POWR is an Ethereum-based token, and that means it can be stored at any wallet that supports Ethereum. Popular options include MyEtherWallet, Parity, Trust Wallet, Coinomi, Atomic Wallet, and user faves Ledger Nano and Trezor.

Power Ledger allows us to imagine a future where the ordinary user like you and me has control over the power they consume, and even sell excess energy and make money. It’s helping usher in the sustainable energy revolution, as well as making clean energy affordable more than ever before. If it succeeds, Power Ledger could very well upset legacy energy systems and take back the power, literally, to the people. The project is one to keep an eye on.