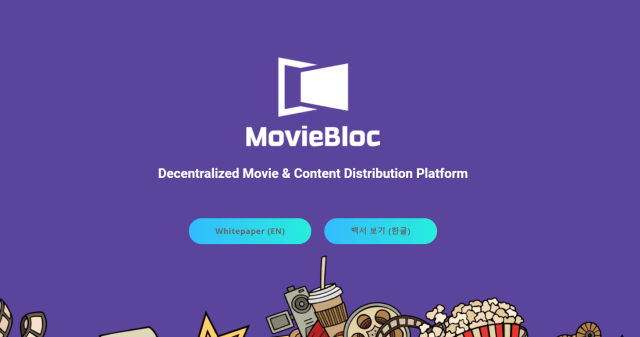 The film industry is dominated by powerful gatekeepers. These gatekeepers control not just the money but also the airtime. In this setup, small, independent filmmakers and audiences get the short end of the stick. And even the ‘mainstream’ filmmakers are disadvantaged because they can only create content that caters to a commercial end. And audiences never get to see what could have been if not for these restrictions.

The solution for this deeply flawed state of events is a decentralized movie and film ecosystem that takes care of every participant. In the blockchain, there’s no discrimination based on “who is who” in the industry. Everyone gets a fair shot.

MovieBloc is a project that wants to achieve exactly this. In this piece, we’ll dive into all that’s wrong with the current film and movie industry and how MovieBloc proposes to fix it.

MovieBloc is a blockchain effort that seeks to democratize the movie experience. It aims to create a win-win scenario for both creators and audiences. Creators will get their deserved revenue, and viewers can get access to a wide and rich variety of content.

MovieBloc has gone extra miles more than previous decentralized efforts for the movie ecosystem. These projects have centred on removing intermediaries and creating direct distribution channels between content creators and consumers. The MovieBloc formula will give creators more roles and participation in the whole process. They will be able to promote and export their content to viewers. And instead of just the creators and the audience being the participants, other participants such as translators, reviewers, designers, etc. will be part of the ecosystem.

The Problems with the Current Film Industry

The MovieBloc team identified various problems with the current film industry, which they resolved to address with blockchain tech. Let’s get a snapshot of these issues before looking at the solutions MovieBloc wants to provide.

i) Oligopoly and Vertical Integration

The current movie and film industry is characterized by the same old three vertical layers: production, distribution, and exhibition. In countries such as the US, a few conglomerates dominate these verticals in such a manner up, and coming companies get very little chance. In the same manner, audiences never get to consume content that these big conglomerates choose not to be involved in. It’s a scenario in which a few powerful entities deny viewers the right to enjoy a wide variety of content, and the producers of such content never get a chance with audiences.

The conglomerates we mentioned above are driven by one thing – box office hits. As such, directors and creators must incorporate commercial-centric ideas into film content. This inhibits film creators’ freedom of expression and curtails their artistry. The film market is also flooded with the same standardized concepts. If film producers go the independent path, they have to do so on a low-budget film. And when the film is complete, profitability is not guaranteed due to the difficulty of securing screens and limited marketing resources.

Again, when films take the independent path, it’s extremely difficult for them to be played at other places apart from film festivals. Video on demand (VOD) services is another potential profitability avenue. Even then, independent films are competing with blockbusters. Also, when it comes to revenue sharing agreements, independent films have weaker bargaining power.

YouTube, another monetizing avenue, requires a channel to have at least 4,000 hours of annual watch time and 1000+ subscribers so as to be eligible for monetizing content. With these conditions, independent films end up uploading content on YouTube for free – and without much chance of earning fairly from their portfolio.

It’s hard to verify the accuracy of film sales reports. They may not disclose if and how much revenue was affected by things like discounts, marketing, or the make up of the audience (e.g., gender and age). This lack of verification creates a bad rap for the industry. And since content producers do not have audience info, they cannot create content that caters best to such audiences.

Despite seemingly ubiquitous online streaming services, the distribution structure remains centralized. This creates a barrier for smaller and indie films to access the wider, global market. We have filmmakers each year being recognized for their quality work in film festivals all over the globe. But thanks to a centralized distribution architecture, these filmmakers struggle to get their content beyond the border.

MovieBloc will create a transparent ecosystem with the right and deserved rewards going to every participant. Whether you are a creator, viewer, reviewer, designer, curator – you get rewarded for your role and contribution to the ecosystem.

MovieBloc will conduct blockchain-based movie festivals to discover quality films and talented filmmakers. These festivals will happen every quarter, and contest winners will receive $10,000 in rewards. This will increase their profile and encourage them to continue creating high-quality content for the MovieBloc platform. Such creators can also crowdsource for future films on the platform. In return, the creators can release special content to donators, such as behind the scenes cuts, pre-releases, etc.

On MovieBloc, content creators can expect up to 90% of the revenue. The creator sets conditions like the price, airing duration, locations to air, and they will be applied without needing approval from a central party. Advertising, translating into foreign languages, and design and marketing efforts will propel the film to diverse regions and help boost earnings.

MovieBloc will reward content creators transparently via blockchain-based smart contracts when they upload content and users purchase it. The platform will also give creators viewership insights, such as age, gender, devices, traffic source, etc. This will help creators curate content that caters to and satisfies their audience.

MovieBloc will work with KMPlayer to broadcast movies to audiences across the globe. KMPlayer is a media player that can play a wide variety of formats and have millions of active users in more than 150 countries. Currently, KMPlayer has been downloaded more than 811 million times, according to Softonic.com. This collaboration will considerably ease the marketing burden for MovieBloc as it will quickly onboard the existing users of KMPlayer. Content creators will also allow creators to avail content to consumers with the single click of a button.

The MovieBloc ecosystem comprises three layers: community, market, and fundraising. The community layer, also called ‘BLOC,’ is a decentralized community where all participants can meet and connect.

The Market layer is where content such as films and designer marketing material can be exchanged and traded among various players.

The fundraising layer is where the quarterly film festival is held, and donations are made. It motivates filmmakers to continue curating high-quality content.

These are participants who can upload content and receive up to 90% of revenue. They can get access to hitherto unexplored markets via MovieBloc.

These are participants who have content distribution rights. Content providers can be creators, as can directors. Creators receive their share of the revenue from sales. They can participate in the film festival and have their work evaluated by the MovieBloc community.

These are content individuals who place films in their individual theatres and market it to audiences. Creators can also curate their own films for which they’ll receive higher revenues. Creators can hire translators, designers, and subtitle makers to avail their content to wider audiences.

These are individuals who help viewers from various cultures and parts of the world to understand foreign movies. Translators are rewarded for the services by curators, or they provide their services voluntarily.

These are consumers of content on MovieBloc. They can be rewarded for leaving reviews and for reporting illegal content.

The foundation plans to execute advertising and marketing events to provide the optimal environment for users and for creators to showcase their work in film festivals.

The MovieBloc platform has a token with the ticker ‘MBL.’ The token is essential to the MovieBloc ecosystem, playing the following roles:

How Was MBL Distributed?

The MBL token distribution was as follows:

You can find MBL paired with both crypto and fiat currencies like BNB, BTC, BNB, USD, USDT, ETH, in a large variety of crypto exchanges. Some of these include Upbit, Binance, BitHumb, Gate.io, MXC, Coinone, HitBTC, TOKOK, and HanBitco.

MBL is based on the Ontology chain, so any wallet that supports that standard is good to go. Great choices include Atomic Wallet, Guarda Wallet, Trust, Coinomi, Ledger, and Trezor.