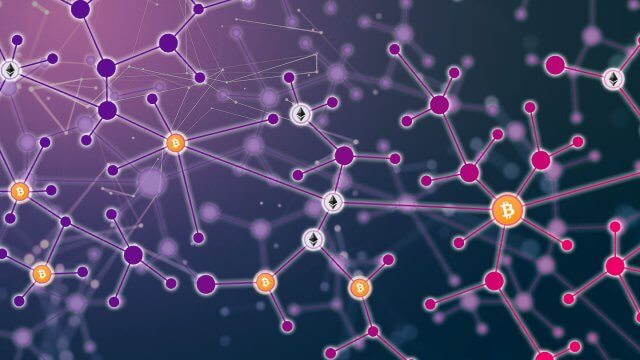 Bitcoin gives people the power to be in control over their own finances. With Fiat currency, you can only spend money. The average citizen has no power or says on the aspects that influence how money is made, how much is circulating, and how it’s stored.

Bitcoin offers a decentralized option in which anyone, as long as they have a computer with the requisite power and bandwidth, can participate in the network. The best way to do this is by running a full Bitcoin node. Running a Bitcoin node has several advantages. Which are these, you may ask? Well, one of them is to directly participate in Bitcoin – the kickstarter of the revolutionary idea of cryptocurrency!

Now let’s take a look at what a node is, the benefits you get from running one, and, most importantly – how to set one up.

The Bitcoin network is made up of thousands of computers distributed all over the world. Each of these computers (which are also known as nodes) runs the Bitcoin Core software that allows them to validate transactions and blocks. By doing this, nodes are also protecting the network. The aspect of nodes being spread all over the world without  an overseeing authority is what makes Bitcoin ‘decentralized.’

Most of the nodes also double up as a Bitcoin client. A Bitcoin client allows transactions to be broadcast on the blockchain network. Running a node is not the same as mining. Mining is an entirely different beast altogether that involves highly specialized machines known as application-specific integrated circuits (ASICs). Miners are rewarded in Bitcoin and sometimes, a percentage of the transaction fee. Now, ASICs are not only resource-intensive, but they’re also quite pricey. This locks out many people out of the game. Unlike mining, anyone can run a node.

Why Run a Node?

Before we delve into anything, let’s clarify something: running a Bitcoin node has no monetary rewards. But that doesn’t mean it’s for naught. When you run a  node:

If you’re an investor, running a node enables you to keep direct tabs on the health of the Bitcoin network. Because you can see how transactions are unfolding on the blockchain, you’re better placed to anticipate price patterns.

What You Need to Know Before Running a Node

Before you think of setting up and running a Bitcoin node, you need to know any accompanying risks and costs. Let’s delve into that in this section, so you know what you’re up for!

When running a node, you can use the Bitcoin Core wallet to store your bitcoins, but you should take the same precautions you would when running any other crypto wallet. See here how to best secure your wallet.

For the best experience and reliability when running a Bitcoin Core full node, you’ll need certain minimum requirements. While it’s possible to run one on weaker hardware, you’ll be dealing with one issue after another. So, to have the smoothest experience, make sure to have at least:

Note: To ensure your computer stays running at optimal conditions (and not low-power mode), disable ‘sleep” or “suspend” screensaver settings.

When running a full Bitcoin node, it’s reasonable to anticipate some problems. This could be legal, internet, or safety-related.

Setting Up a Node

Now that you know what you need and what to expect when running a Bitcoin node let’s get into how exactly to set up one. There are three methods to do this, and they include:

#1. Setting a Node in the Cloud

This involves setting up an account on a hosting service such as Amazon Web Services (AWS), Google Cloud, or Digital Ocean. Next, create a Virtual Machine (VM) instance. This will help keep your internet connection steady and to facilitate syncing to the cloud from your computer. Configure your firewall rules so that your VM instance is hard/impossible to breach. Lastly, download Bitcoin Core – the software needed to run a Bitcoin node. Configure the necessary port settings on your machine to connect to the cloud.

#2. Setting a Node on Your Machine

This method is like the one above, except this time, you run the node on your computer. To do this, you will need a minimum of 1.5 GB and 2GB of disk space and RAM, respectively. Also, make sure to have an internet bandwidth of a minimum of 50 kbps – most preferably one without download and upload limits. For how to configure the Bitcoin Core client, a simple Google search should lead you to countless websites and videos. Make sure to rely on legit and authoritative sources.

The node-in-a-box method involves setting up a pre-configured full node that you can connect to your machine. The device features an interface that allows you to manage it and to access and interact with data in it. The node-in-a-box method allows you to run a full node without the taxing work of downloading and installing the entire Bitcoin blockchain. In the same way, it consumes less energy than if you were using your personal machine. Bitseed was the earliest provider for this service. Other providers like Digitalbit and Stash have since joined the space.