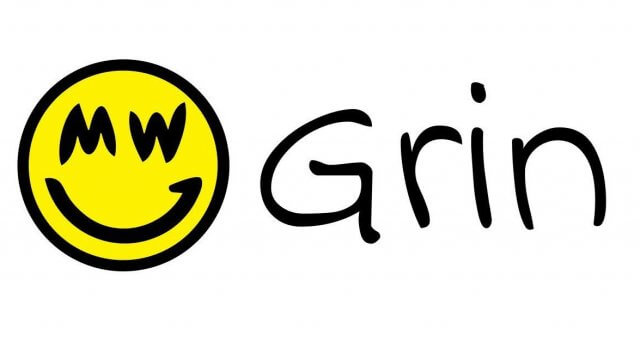 One of cryptocurrency’s biggest selling points is their privacy – the ability to engage in transactions without them being linked to your real-life identity. While this would appear to be the picture on the surface, the reality is that it’s still possible for your transacting history to be traced to your real-life identity and open you up to fraud, interference by the state, and other consequences.

This state is known as ‘pseudonymity,’ and it refers to your ability to transact without the need to use your real-life credentials, but with your transaction trail having the ability to be used to link back to you.

A bunch of coins called ‘privacy’ coins has been launched in response to this problem. Some of these, like Monero, use features such as ring confidential transactions (RingCTs), which result in high transaction fees and lower transaction throughput. Other features like ZCash’s zk-SNARKs and crypto mixers like CoinJoin involve trusting a third-party, which in itself is against all cryptocurrency stands for.

Grin is a cryptocurrency that promises to solve all these problems: no half-half anonymity, third-parties, and high transaction fees.

Grin is an implementation of the MimbleWimble blockchain protocol. Launched in January 2019, it is written in the Rust programming language. Grin deviates from the standard cryptocurrency model by having no public ledger. The cryptocurrency utilizes Coinjoin’s anonymization strategy to achieve scalability and privacy.

Grin was born out of the MimbleWimble project, which, in turn, was meant to be a sidechain for Bitcoin. However, it couldn’t mesh well with Bitcoin’s scripting system. This prompted the developers to create an independent cryptocurrency: Grin.

Grin’s developers believe in staying true to cypherpunk principles – the idea that privacy should be a right and cryptography should be liberally used to achieve it; without governments’ and states’ regulation.

Grin also took an entirely different approach to funding. The project was funded by the community: without an ICO, airdrop, or any of the other traditional approaches. There was “No funny business,” as said by Igno Peverell, a pseudonymous developer of the project.

MimbleWimble traces its origin to August 2016 when a user with the name ‘majorplayer’ posted a file on the IRC channel #bitcoin-wizards. The file described MimbleWimble as a private and scalable alternative for Bitcoin’s blockchain. This piqued the interest of some blockchain veterans, including Blockstream’s Andrew Poelstra, who then got to working on a more developed concept of the idea and a more organized whitepaper.

MimbleWimble achieves the complete privacy of transactions with the use of Elliptic Curve Cryptography (ECC). ECC is a public key encryption method that will facilitate faster and stronger performance for cryptographic keys. Based on the elliptic curve theory, ECC-enabled public keys are also remarkably shorter.

MimbleWimble achieves scalability by removing old and unnecessary transactions from the blockchain so as to improve efficiency. Spent inputs are aggregated together over time and removed through a protocol known as ‘cut-through.’ As Grin explains on GitHub:

“similarly to a transaction, all that needs to be checked in a block that ownership has been proven (which comes from transaction kernels) and that the whole block did not add any money supply (other than what’s allowed by Coinbase). There are four matching inputs and outputs can be eliminated, as the contribution to the overall sum cancels out… Note that all transaction structure has been eliminated and the order of inputs and outputs does not matter anymore. However, the sum of all outputs in this block, minus the inputs, it’s still guaranteed to be zero.”

This ‘pruning’ of old transactions creates more space for newer transactions and prevents the network from clogging, allowing it to be more scalable.

Grin employs a new type of proof-of-work algorithm which it calls “Cuckoo Cycle.” The protocol relies on memory, rather than on computing power to mine new coins. This means most types of computing machines can be used to mine Grin, as opposed to many other cryptocurrencies that rely on application-specific integrated circuits (ASICs).

The idea is to avoid ASICs centralizing the currency and to allow more users to participate in the mining process. Currently, Grin hard forks every six months to modify the mining algorithm so as to keep off ASICs. Grin’s algorithm is designed in such a fashion as to produce new blocks every 10 seconds.

Unlike the vast majority of cryptocurrencies, which are mostly used for speculative investment, Grin aims to be a currency that can be used daily as a medium for exchange. For this reason, its developers have designed it in such a way that its value is more stable.

For one, it has an unlimited supply with a model that encourages users to spend, but not to HODL. It has a static emission of one coin each second; with an inflation that starts high and decreases over time to approach zero, without ever touching it (zero).

However, as more crypto users gravitate towards more privacy, the coin is likely to see an uptick in usage. Moreover, its use of MimbleWimble, which is arguably popular in the blockchain space, grants it major credibility and, hopefully, potential.

Grin’s protocol is also designed to support Schnorr signatures, which are shorter and help to create more space in the blockchain. In so doing, they help deal with both the issue of transaction backlog and high transactions’ fees.

Despite Grin implementing some of the most cutting-edge technology in crypto, it still has its own shortcomings. For instance, for transactions to take place, both parties must both be online. This is not always possible or convenient for participating parties.

There’s also the issue of usability. Although the options have recently expanded somewhat, previously, there was only a command-line wallet for Linux, Windows, and OSX, locking out non-tech-savvy users.

Finally, MimbleWimble doesn’t have a scripting language. Some people consider this constraining since it means the blockchain is not programmable. But programmability is not a priority for Grin, as Poelstra would explain: “the design philosophy of Grin is to be as simple as possible.”

Where to Buy Grin

You can buy Grin from any of several platforms, including Coinbase, Kucoin, Hotbit, Bittrex, Poloniex, HitBTC, and several others.

Before you purchase/exchange crypto for Grin, you need to first have a wallet. Some of the available options include Grin Purse, Grin Vault, Ironbelly, Supergrin, Diagon Alley, and Smirk.

Grin is a privacy coin, but so are other cryptocurrencies (more established ones, to boot) like Zcash, Monero, Komodo, Dash, and so on. However, Grin is still relatively young, and with its unique technology and approach, it holds compelling potential. With the MimbleWimble protocol, it’s directly in competition with only one and lesser-known crypto called Beam.

Grin provides anonymity to users without preconditions. Its cut-through feature to eliminate transactions’ backlog enhances the crypto’s scalability and its ability to be used as a transactional currency. It’s one inherently honest currency – from development to actual use. Grin’s current market rank may be disheartening for fans, but this is likely to change as the crypto community starts edging towards utter anonymity coins. The cryptocurrency is one to keep an eye on.