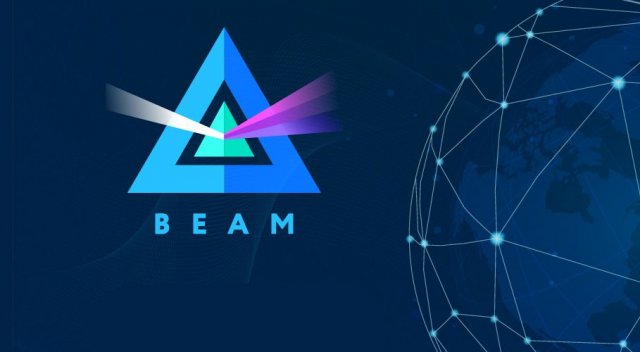 With widely touted claims of anonymity and privacy, many Bitcoin users believed the currency’s transactions to be anonymous. But in recent times, that belief is being shattered as more users realize that their transactions can be linked back to them. Anyone with enough resources and use blockchain analysis to track down who initiated what transaction and the end receiver of that transaction.

Crypto exchanges, merchants, and over-the-counter deals all represent possible data leaks on transactions. Bitcoin’s public and transparent ledger doesn’t help either. Once a user’s identity is known, all their transactions’ history, as well as their balance, can be directly linked to them.

When you think about how personal privacy is a big deal these days, it’s hard to reconcile with this situation. Anyone, organizations, and individuals alike, would prefer their transactions to remain confidential, with only they in control of who gets to see them.

Beam is a cryptocurrency that goes all-in when it comes to user anonymity. Based on MimbleWimble, a privacy protocol with an elegant approach to the privacy of blockchain transactions, Beam takes no half measures with your privacy.

Founded in March 2018 and officially released in January 2019, Beam is a privacy-oriented cryptocurrency based on the MimbleWimble protocol. The MimbleWimble protocol enables the complete anonymity of transactions by default. With the protocol, Beam provides not only privacy but also reduces blockchain bloating that is prevalent in traditional blockchains and which slows down transactions. To date, only two cryptocurrencies have implemented MimbleWimble, and that is Beam and Grin.

MimbleWimble is a blockchain privacy protocol that was proposed in 2016 by a pseudonymous developer named Tom Elvis Jedusor (the French name for Vodermort, a character on the series) on the #bitcoin-wizards IRC channel. It’s named after a spell the Tongue-Tying Curse that prevents enemies from spilling secrets in the wildly popular and fictional Harry Potter television series.

MimbleWimble also leverages another anonymizing technology known as CoinJoin, a cryptographic innovation by Gregory Maxwell. CoinJoin obscures an individual’s transactions by mixing it with other transactions from multiple other users. The final output is a ‘pot’ of transactions whose individual origin is difficult to trace.

For transactions’ consensus, Beam makes use of Beam Hash, which in turn is based on Equihash – memory-hard proof-of-work mechanism in which an individual’s mining is determined by how much RAM they have. In the first 18 months of Beam, the crypto stayed ASIC-resistant so as to promote decentralization. The network has since undergone a hard fork to adjust its PoW algorithm to ward off ASIC miners.

Beam is seeking to overhaul the whole way in which a blockchain records transactions. On the Beam network, a transaction’s personal information is removed from the network. In addition, it implements the ‘Dandelion++ Protocol,’ which is a privacy protection that propagates transactions in a way that lowers the likelihood that a sender’s crypto address can be linked to their IP address.

And finally, Beam utilizes the ‘Secure Bulletin Board System’ that allows wallets to exchange encrypted messages with each other even if they’re not connected to the internet at the same time.

Beam clearly states that it’s a store of value more than a transactional cryptocurrency. The Beam coin, known as BEAM, has a maximum supply of 263 million. The coin is deflationary, and block rewards are halved over time just as with Bitcoin.

Initially, block rewards were 80 BEAM, and this will be slashed in half every four years until it tapers to zero around 2152. After that, no more BEAM will be released.

In addition, BEAM utilizes a model similar to the ZCash’s Founder’s reward in which a part of the block rewards goes into the Beam treasury. The funds are then given to the Beam Foundation every month. This is how the Foundation supports the ongoing development of the project.

CTO Alex Romanov is also Research and Development lead, and he brings to the table years of technical and managerial experience.

The BEAM token plays two roles: a fully anonymous transacting currency and a digital store of value. The token’s distribution was as follows:

You can purchase BEAM from any of several popular exchanges, including Binance, HotBit, Gate.io, BitForex, BKEX, CoinEx, HBTC, Dragon Ex, CoinGecko, BiKi, altilly, bisq, BITFARE, BITRIBE TradeOgre, and Beaxy. In almost all exchanges, the crypto is available as a market pair with BTC, ETH, BNB, USDT.

For storing BEAM, the team provides a proprietary wallet available for both desktop and mobile, with support for Microsoft, Mac, Android, iOS, and Linux.

Beam is one of the cryptos that have implemented the completely anonymous MimbleWimble protocol, affording users safe and untraceable transactions. For a crypto that was released only last year, Beam is doing pretty well. Its current market performance is a testament to how much crypto users value privacy, and it’s set to perform even better as more users become conscious of the need for total confidentiality.