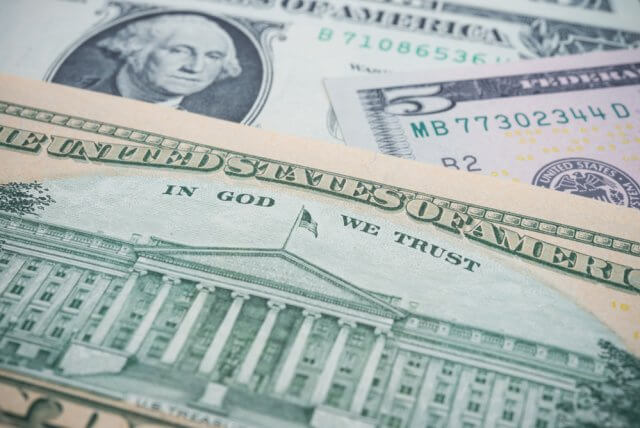 The economic calendar is again busy with Federal Reserve events such as today, the Fed Chair Powell Testifies. Jerome Powell is expected to testify on the CARES Act before the House Financial Services Committee in Washington DC. Besides this, the eyes will be on the Existing Home Sales from the United States. Overall, the market is likely to exhibit corrections today.

The EUR/USD pair was closed at 1.7713 after placing a high of 1.18715 and a low of 1.17315. Overall the movement of the EUR/USD pair remained bearish throughout the day. The EUR/USD pair slumped on Monday amid the reclaimed safe-haven status by the U.S. dollar and the re-imposed lockdown measures to curb the spread on the virus in Europe.

The U.S. Dollar Index was up by 0.8% to 93.69 level on Monday, its highest level since August 13. This supported the greenback on its way to reclaiming its safe-haven status and pulled the EUR/USD pair on the downside.

According to the European health minister, the second wave of coronavirus in France, Austria, and the Netherlands could spike and affect the European countries and hold threats that Germany could also see infection spikes.

The U.K. is also reporting new coronavirus cases and the Britain Chief Scientific adviser, Patrick Vallance, said that there could be 50,000 new infections every day by mid-October if the virus continues at its current rate. The rising number of coronavirus cases from Europe weighed on prices of EUR/USD pair on Monday.

Furthermore, the European Central Bank President Christine Lagarde said that Europe’s economic rebound was uncertain and uneven, and it required a careful assessment of incoming data, including the evolution of the coronavirus pandemic. On Monday, Lagarde said that the recovery strength was dependent on the future evolution of the pandemic and containment policies’ success. These remarks came in as the economists expect the ECB to expand its emergency 1.35T euros bond-buying program this year to revive inflation.

Germany’s Bundesbank also said that it expected the recovery in Europe’s largest economy to continue at a slower pace during the rest of the year. These concerning comments raised caution and stressed the local currency that ended up weighing on EUR/USD pair prices on Monday.

Meanwhile, the risk sentiment further deteriorated after the US-China tensions continue to expand along with the delayed U.S. stimulus measure that raised the safe-haven appeal. The U.S. dollar regained its safe-haven status and was up by 0.8% on Monday. This strong U.S. dollar added further pressure on EUR/USD prices.

The stronger U.S. dollar has also driven sharp selling in the EUR/USD pair as it trades at 1.1768 level today. The pair gains support over a double bottom pattern of 1.1736, and a bullish crossover of 1.1773 level may extend the buying trend until 1.1797 level. Bullish bias can remain strong today as most of the traders may do profit-taking in the EUR/USD pair. Let’s stay bullish over the 1.1728 level and bearish below the same level today.

Today in the Asian trading hours, the GBP/USD pair was closed at 1.28156 after placing a high of 1.29664 and a low of 1.27751. Overall the movement of the GBP/USD pair remained bearish throughout the day. The GBP/USD pair extended its previous day’s losses on Monday and fell to its 5-days lowest level amid the broad-based U.S. dollar strength and rising number of coronavirus cases in the U.K., along with Brexit worries.

The rising signals drove the downward momentum in the Pound to U.S. dollar exchange rate that the U.K. government could send Britain into another lockdown. The rising concerns over Britain’s economy and the stalled Brexit process further weighed on the Sterling that dragged the GBP/USD prices on Monday.

The top science adviser of the U.K., Sir Patrick Vallance, said on Monday that U.K.’s coronavirus numbers could reach new 50,000 cases per day by mid-October. His warning was based on current trends that showed that the pandemic was doubling every seven days.

Valance said that 50,000 figure was a warning and not a prediction. In response to his warning, the fears that the U.K.’s economy could see another round of lockdown measures to control the spread of coronavirus raised and weighed on local currency. The weak British Pound added further pressure on the declining GBP/USD prices on Monday.

On the Brexit front, the former Prime Minister of the UK, Theresa May, said that she could not support the government’s plan to override parts of its Brexit agreement with the European Union. She said that moving ahead with this law would break international law and damage the United Kingdom’s trust. On Tuesday, the internal market bill will be voted on in the Commons as it had already passed the first hurdle last week. Ministers have said that the bill contains vital safeguards to protect Northern Ireland and the rest of the U.K.

In simple terms, the bill is designed to enable goods and services to flow freely across England, Scotland, Wales, and Northern Ireland after Brexit on January 1 when U.L. will leave the E.U.’s single market customs union. However, this bill gives the government the power to change the aspects of the E.U. withdrawal agreement that was signed between both nations earlier this year. Theresa May has spoken against this bill, and the markets have started selling British Pound that ultimately led to a declining GBP/USD pair.

On the data front, the Rightmove Housing Price Index in September rose to 0.2% against the previous -0.2% and supported GBP. On the other hand, the greenback was strong across the board as it regained its safe-haven status amid the increasing concerns over the U.S. stimulus measure. The strength of the U.S. dollar added further pressure on GBP/USD pair on Monday.

The GBP/USD traded sharply bearish at 1.2784 support level, having violated the upward channel on the hourly chart. The triple bottom level of 1.2780 is likely to keep the GBP/USD pair supported, and violation of this may lead the Cable towards 1.2727 level. On the higher side, the GBP/USD may drive upward movement until the 1.2840 level. The 50 periods EMA are likely to extend selling until 1.2727 level. The MACD is currently moving into the bullish zone; however, it can be merely for correction. Let’s consider taking a sell trade below 1.2780 level today.

The USD/JPY currency pair failed to extend its early-day recovery moves and dropped to a 104.47 level while representing 0.11% losses on the day. However, the currency pair losing streak could be attributed to the downbeat market sentiment, which tends to underpin the safe-haven Japanese yen and contributed to the currency pair declines. Hence, the market trading sentiment was being pressured by the negative comments from the Federal Reserve members.

Apart from this, the recent resurgence in the pandemic, mainly in Europe and the U.K., also weighing on the market risk tone. Across the pond, the broad-based U.S. dollar weakness, triggered by the multiple factors, could also be considered as a key factor that dragged the currency pair lower. Currently, the USD/JPY currency pair is currently trading at 104.53 and consolidating in the range between 104.47 – 104.75.

However, the market risk tone extended its previous 5-consecutive day selling bias as fears of the coronavirus (COVID-19) resurgence disturbed the global markets. In the meantime, the Federal Reserve members’ downbeat comments also exerted pressure on the global traders. It is worth mentioning that the Fed Chair Jerome Powell said that the economic recovery track remains “highly uncertainty.” Moreover, the Federal Reserve Bank of St. Louis President James Bullard, also delivered a dovish tone while stating that the Fed will be much less pre-emptive about increasing rates.

On the flip side, the renewed tussle between the U.S. and China and Trump’s latest warnings to the firms helping Iran build arms also exerted downside pressure on the market risk-tone. The tension further boosted after the U.S. Secretary of State Mike Pompeo took help from France, Germany, and the U.K. to reject China’s South China Sea claims at the United Nations (U.N.). This, in turn, underpinned the safe-haven Japanese yen and dragged the currency pair lower.

At the coronavirus front, the recent hike in the virus cases, mainly in Europe and the U.K., probes the buyers. As per the World Health Organization’s (WHO) regional director Hans Kluge, Europe reported 300,000 new infections, the most significant weekly rise ever, including the first spike in spring. Meanwhile, the U.K. is also preparing to slap new restrictions, which keeps the market trading ton sluggish and contributed to the currency pair losses.

Across the ocean, the decision-makers from the European Central Bank (ECB) and the Reserve Bank of Australia (RBA) also cited their worries in the latest appearances, which also probe the bulls. This was evident from a bearish sentiment around the equity markets, which underpinned the safe-haven Japanese yen and contributed to the USD/JPY pair’s downfall.

Despite the risk-off market sentiment, the broad-based U.S. dollar failed to gain any positive traction and edged lower on the day amid worries over the U.S. Congress’ stimulus impasse. Furthermore, the concerns about the ever-increasing number of coronavirus cases faded the optimism over the V-shape recovery, which also kept the U.S. dollar under pressure. However, the losses in the U.S. dollar kept the USD/JPY currency pair lower. Whereas, the U.S. Dollar Index that tracks the greenback against a bucket of other currencies fell to 93.623.

Looking forward, the traders will keep their eyes on the continuous drama surrounding the US-China relations and updates about the U.S. stimulus package. Given the holiday in Japan, due to the Autumnal Equinox Day, coupled with an absence of major data/events, the USD moves and coronavirus headline will be key to watch.

Despite sharp movement in the other currency pairs, the USD/JPY continues to follow the same technical setup. On the 4 hour chart, the downward channel is anticipated to drive selling sentiment in the USD/JPY pair as it provides resistance at the 104.800 level. On the downside, the support lingers at 104.100 level, and a bearish breakout can lead USD/JPY price further lower towards 103.700 level. The eyes will remain on the Fed Chair Powell Testifies as it may drive further market trends.