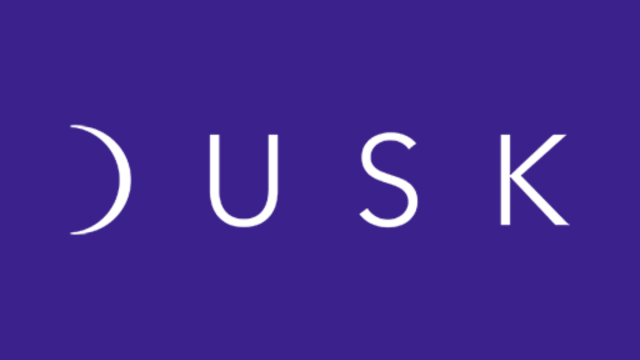 Bitcoin actualized the idea of a decentralized currency, one that is beyond the control of any controlling authority and which lets users transact in a purely peer-to-peer fashion, removing the need for intermediaries. Built on top of the novel tech, ‘blockchain,’ Bitcoin inspired countless other cryptocurrencies and decentralized applications (DApps).

However, Bitcoin’s creator did not envision some of the problems that impede it today, such as lack of anonymity – a highly prized factor in today’s world. There’s also the issue of extreme energy consumption that’s required to maintain and secure it. Then there’s the issue of not-so-guaranteed security, which has been another point of contention. The network’s 51% hypothetical attack hovers over it throughout.

Throughout the years, the Bitcoin community has tried to come up with various solutions, but these either proved flawed or did not stand the dynamic nature of the blockchain space. Others presented with solutions but still missed the mark – e.g., by still lacking in robust security.

Dusk is a blockchain and cryptocurrency protocol that attempts to meet the main challenges facing the space today, with the bonus of providing auditability of transactions.

We’ll explore the Dusk protocol in detail while getting a closer look at its native token, DUSK, and how it fits in the puzzle.

Launched in 2018, Dusk is a privacy-oriented blockchain protocol that wants to provide privacy, seamless programmability, and the ability to audit smart contracts. Based in Amsterdam, Dusk is the brainchild of a team that collectively has a wealth of experience in entrepreneurship, engineering, and blockchain, and have worked in some of the biggest companies in those fields, like Amazon, Mozilla, Reaktor, Zcash, NEO Research and so on.

Dusk Network will be a blockchain protocol that will facilitate easy deployment of programmable DApps, hence becoming the backbone of a global and permissionless DApp ecosystem. The Dusk team hopes to eliminate the technical barriers that have held back crypto’s mainstream adoption.

Some of the project’s highlights include:

The Dusk team wants to guarantee on-chain privacy and programmability without compromising on scalability. The network can achieve this thanks to the following features:

For their part, these features are enabled by the following characteristics:

The Dusk team has designed Dusk to be an open-source network to become “the privacy infrastructure of choice for an entire ecosystem of solutions, whether in finance governance, cybersecurity, or something completely new.” With that, the value proposition of Dusk included the following:

#1. Privacy: The Dusk network provides speed and decentralization without sacrificing on decentralization. DApp issuers on the platform can create zero-knowledge proofs, checks, and balances.

#2. Permissionless: The Dusk network is permissionless, meaning anyone from anywhere can join the network without requiring permission from any centralized party

#3. Public: Users do not need authorization from a trusted party to take part in the Dusk platform. They also need minimal processing power and inexpensive IT resources to join the network. Users that have staked in DUSK can participate in the network’s consensus.

#4. Compliance: By using zero-knowledge proofs, users can design real-life applications that adhere to legal requirements while simultaneously offering top security for them. And they vastly reduce costs by doing this on-chain.

Dusk implements a unique three-layered consensus mechanism to secure and maintain the network.

These layers are as follows:

In this phase, network participants who wish to be block generators stake in DUSK tokens to get access to the block generation lottery. The staking process is known as a ‘blind bid’ because the amount staked and the staker’s identity are kept private and confidential. The blind bid is stamped with a secret number chosen by the block generating algorithm. This way, the stake owner can claim their transaction anytime while still preserving the privacy of their identity and the staked amount.

For each round, block generators use their blind bid to enter the lottery. After that, they run a score, which is positively affected by the number of tokens staked. Since the protocol relies on zero-knowledge proof, the Blind Bid is significantly more secure than public Proof-of-stake systems while still exhibiting equal resilience to Sybil attacks. The candidate with the highest score is finally selected.

After the block generators selection phase, a committee of participants known as ‘Provisioners’ conduct ‘Block Reduction,’ which is a process of gathering signatures and establishing the candidate block if the signatures pass a 75% threshold. The block reduction phase is also the Block Agreement phase, which is an additional phase designed to provide instant finality to the selected block and protect it against any attacks.

Where to Buy and Store DUSK

DUSK tokens are currently listed on a variety of legit exchanges, including Binance, HotBit, CoinDCX, Bittrex, Bitfinex, Binance DEX, Switcheo Network, and LiteBit.eu. In these exchanges, the token is listed against BTC, USD, BNB, ETH, EUR, and USDT.

The DUSK tokens can be stored in any Ethereum-compatible wallet, with choices including MetaMask, Guarda, Atomic Wallet, Trust Wallet, Parity, Ledger Nano, and Trezor. The network also provides an official Command Line Interface (CLI) wallet for the more tech-savvy.

The Dusk network brings novel concepts to solve some of the most persistent issues in blockchain. Its zero-knowledge proof implementations assure users of high-level security, and its three-way block consensus protocol ensures the process is as unbiased, legit, and safe as possible. Dusk ushers a new era of auditable smart contracts, ensuring users can make necessary upgrades to them anytime. Here’s to hoping the Dusk team holds more surprises for the future.