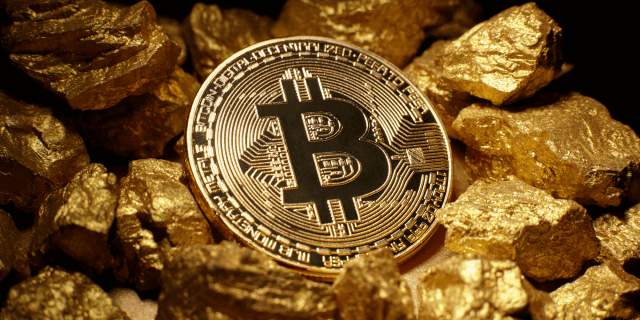 One of the bargaining points for Bitcoin is its decentralization. Which means it’s not controlled by a central authority such as a bank or government. On that front, Bitcoin has it covered. However, there’s another entirely different front that the cryptocurrency has in recent years struggled with. Powerful mining machines and entities have taken over mining in the Bitcoin network, effectively locking out miners of more modest means. This is hardly what Satoshi Nakamoto had in mind when he created the peer-to-peer, electronic, and decentralized currency system.

Decentralized and peer-to-peer. It’s all in those two words. The ability for ordinary people to transact with each other, directly, on the Bitcoin blockchain. The ability for anyone to participate in maintaining and securing the network. But the current picture in which a few powerful companies dominate this function diminishes the decentralization principle of the network.

Bitcoin Gold (BTG) is a Bitcoin fork that seeks to remedy this problem. The currency hard-forked from the Bitcoin blockchain on October 24, 2017, at block height 491407. Let’s find out what Bitcoin Gold has in store.

In Bitcoin Gold’s own words: “Bitcoin Gold is a community-led project to create an experimental hard fork of bitcoin to a new proof of work algorithm. Bitcoin Gold will provide an opportunity for countless new people around the world to participate in a mining process with widely-available consumer hardware that is manufactured and distributed by reputable mainstream corporations. A more decentralized, democratic mining infrastructure is more resilient and more in line with Satoshi’s original vision.”

In Bitcoin’s early days, the ordinary computer could perform the work needed to verify and add transactions on the blockchain (in a process called mining). But in recent years, mining difficulty has increased, leading to the advent of more powerful and effective mining equipment known as application-specific integrated circuits (ASICs). ASICs today perform nearly all the mining on the Bitcoin blockchain.

ASICs are designed for the sole purpose of Bitcoin mining – a factor that makes them incredibly fast and effective for the task. The problem is, buying and operating an ASIC machine involves a large amount of money (with the average ASIC miner going for $1,000 or more).

This is something that locks out the average user from participating in the Bitcoin network. It also leaves Bitcoin mining in the hands of the few with the financial wherewithal to afford to purchase, install, and run ASIC machines. The result? Bitcoin becomes more centralized. And that’s not the end. The huge majority of Bitcoin mining takes place in actual warehouses equipped with hundreds/thousands ASICs that run 24/7. In this kind of setup, even if you can afford an ASIC machine, you cannot possibly compete with an entire warehouse.

To stop Bitcoin mining’s dependence on ASICs, Bitcoin Gold has to make it difficult for the machines to perform the proof of work involved in transactions’ verification and addition to the public ledger. In view of this, the BTG blockchain employs a memory-hard (meaning dependent on RAM) hashing algorithm known as Equihash. By contrast, the ASIC-dependent Bitcoin blockchain uses the SHA-256. The requirement for more memory renders it more complicated for the processing power-focused ASICs. This means small-time GPU miners can get in the groove once again.

The Bitcoin Gold blockchain has integrated ‘replay protection’ as a means to protect users from potential hacks and other malicious activity. Replay protection is a feature that prevents users from sending both Bitcoin Gold (BTG) and Bitcoin (BTC) during a transaction. This protection is meant to cushion against a replay attack, which is an attack that can occur in the context of two forked cryptocurrencies that share the same code. In the absence of replay protection, users might accidentally send funds via the wrong blockchain, losing them entirely.

As explained by the developers in a blog: “In order to ensure the safety of the Bitcoin ecosystem, Bitcoin Gold has implemented full replay protection – an essential feature that protects users coins from being spent unintentionally.”

With Bitcoin Gold being a more attainable Bitcoin, so to speak, how do you get to mining? All you need is a GPU – as opposed to the expensive and complex setup of an ASIC machine. Next, you should join a mining pool. A mining pool allows miners to come together and combine processing power so as to mine blocks faster. At the successful mining of a block, full participants share the reward according to each miner’s contribution to their processing power. You’ve got several choices, including pool.gold, 2Miners, Minergare, BTGPool Pro. Next, you need to download the mining software for the pool you’ve joined.

You’ll then need to have a BTG wallet. You’ve got options like BTGWallet.online, Bitcoin Gold Core, Ledger S, Freewallet, and so on. Every Polo has its own set of procedures, including integrating your wallet.

Like almost any prominent crypto hard fork, Bitcoin Gold’s launch was not short of controversy. The first controversy was the developer’s decision to conduct a “postmine” of 100, 000 coins after the launch. About 8000 blocks were mined in quick succession, with 5% of these going to the core developing team.

Coinbase, the largest crypto exchange in America and one of the largest in the world, was particularly skeptical of the crypto, stating that they “cannot support Bitcoin Gold because its developers have not made the code available to the public for review. This is a major security risk.”

Also, just five days after launch, miners accused one of the developers of adding a 0.5% mining fee that had not been made transparent previously.

BTG is one of the popular cryptocurrencies, so you should have no trouble finding an exchange listing it. Options include big hitters like Binance, Bitfinex, Huobi, Livecoin, Gate.io, OKEx, P2PB2B, BitHumb, EXMO, Folgory, YoBit, and Coinone.

When it comes to the coin’s storage, you have several options, including Trezor, Bitcoin Gold Core, Ledger Nano, Exodus, Coinomi, Bitpie, and Freewallet.

The idea of cryptocurrency is to hand back the power of finance to the people. The ordinary person gets to participate in the “minting” of new coins, as well as securing the source network. But this grand promise for the first-ever cryptocurrency got subdued along the way, with powerful specialized machines taking the whole stage. Bitcoin Gold is out there trying to steer things back to how they’re supposed to be.

Right now, the currency is performing modestly in the market. It’s hard to tell, just like with any cryptocurrency, the prospects of the coin. But as the crypto industry becomes more inclined towards true decentralization, it’s not hard to fathom BTG climbing to the top of the ranks.