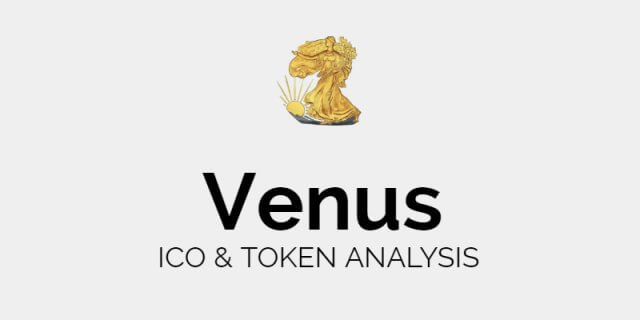 Project after project is now rushing to cash in on the DeFi wave as the new blockchain-powered industry takes over the space. One of the latest DeFi projects to enter the scene is Venus Protocol, a liquidity pool and money market based on the Binance Smart Chain.

What’s Venus all about, and what innovations does it bring to DeFi? Let’s dive in.

Venus is a DeFi protocol on the Binance Chain that supports digital asset lending, borrowing, and generation of synthetic assets. Venus wants to provide a much better financial ecosystem than both centralized and current decentralized platforms.

The Problem with Today’s Finance Protocols

In the traditional finance system, users have to go through a multitude of steps just to get a loan from KYC processes to a credit history check to days or weeks of awaiting confirmation. Also, the centralized lender can decide to deny you a loan arbitrarily. And let’s not forget about centralized platforms’ security concerns, thanks to their single point of attack.

For its part, DeFi has revolutionized the crypto space by introducing blockchain-based products and services that are transparent, cryptographically secure, and not controlled by third-party authorities/decision-makers. But there’s a problem with DeFi: most of these platforms are built on Ethereum, which has faced scalability challenges since the beginning. Lack of scalability means slow, costly transactions and a poor user experience.

Again, these protocols lack the high market cap that could attract more users or put them at the top of the chain. There’s also the less-than-obvious issue of some of these platforms being not fully decentralized – mostly at the beginning. Such a platform will have equity investors controlling the platform, not users, and the community.

Venus seeks to address these problems by providing an environment where a traditional approach is woven into a synthetic stablecoin generation process. Users will be able to enjoy high-speed transactions with low minimal transaction costs on the Binance Smart Chain. The possibilities are many: deposit collateral, earn interest on the collateral, borrow against the collateral, and mint stablecoins in seconds.

How Can You Use the Venus Protocol?

You can take advantage of the Venus platform in several ways. From depositing assets and earning from them to borrowing crypto at competitive rates.

Venus users can deposit any of several supported digital assets in the protocol. Borrowers will take out these funds and use them to speculate in the market. In return, suppliers of the funds – or stakers, will earn interest on their deposit.

When users supply collateral, they participate as lenders while contributing to the security of the protocol. All deposited assets are put together in a pool so that users can take out part of/the whole of their supply at any time, provided the protocol balance is positive.

Supplying crypto to the protocol will get you a vToken (vETH, vBTC, vUSDC, etc.) Only vTokens can be used to redeem the underlying deposited crypto. Redeeming the crypto will allow you to hedge against other assets in the market or move them to offline wallets that support Binance Smart Chain.

Usually, collateral ratios are anything between 40% to 75%. For instance, if ETH has a collateral ratio of 75%, it means you can borrow up to 75% of the value of your ETH. But if your collateral value drops below 75%, it could cause your assets to be liquidated. To return the collateral, a borrower must pay the borrowed amount together with the compounded interest.

Venus’s code is forked off both the MakerDao and Compound protocols. The architecture is made of these elements:

Binance Smart Chain’s controller contract is much like a

The Venus team takes community governance very seriously. There were no pre-mined tokens for the team, foundation, and developers. As such, users who mine the Venus Token will get to control how the network runs.

Governance features include, but are not limited to:

Venus is governed by the platform’s native token, the Venus Token (XVS). The token was designed to be “fair launch,” meaning there were no pre-mined tokens for the team, advisors, or the Foundation. You can only earn tokens through the Binance Launchpool project or by injecting liquidity into the protocol.

Initially, 20% (6,000,000) of the total supply will go to the Binance Launchpool project. The remaining amount will be dedicated to the protocol, with 23,700 000 XVS being mined in the next four years at 18,493 per day. 35% of the award will go to borrowers, 35% to suppliers, and 30% to stablecoin minters. XVS will officially become the governance mechanism of the protocol after 10 million tokens have been mined. In the meantime, an interim token, ‘Swipe Token’ (SXP), is being used to fulfill this purpose.

The Venus team is going to implement various strategies in a bid to expand the community.

Future strategies include the following:

Where to Buy and Store XVS

XVS is currently listed on the Binance exchange.

On the Venus Protocol, users from everywhere can supply crypto and earn returns, take loans, and mint synthetic assets. Since it runs on the Binance Smart Chain, its transactions are fast, low-cost, and transcend the native blockchain. Active participants will get to contribute to the future direction of the protocol in a truly decentralized fashion. Venus joins multiple protocols offering the same product – will it stay ahead of the curve? We’ll be watching to see how it evolves.