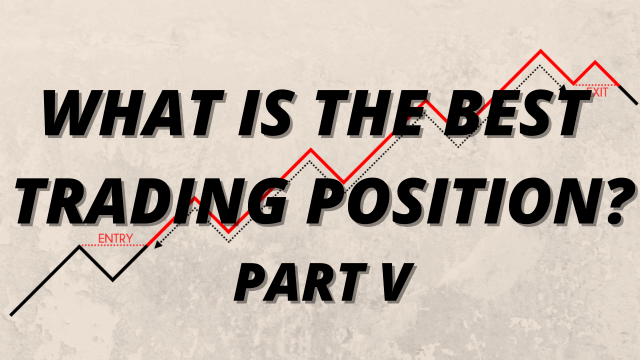 So far, our lessons were quite technical, involving a lot of numbers and calculations. Today, however, we wish to show you how your own participation and involvement can grant you the best trading position. The examples will be based on the forex market, but the rationale of the story transcends to all markets we trade.

What are the consequences of trading widely popular currencies?

Most traders will tell you to trade the EUR/USD, USD/JPY/, and GBP/USD. Unfortunately, most people will rarely explain to you how the USD is heavily controlled by the big banks due to its popularity. What this further means is that the market can become pretty volatile and the prices can move suddenly without any logical explanation. Some other currency pairs, such as the NZD/CHF one, may escape the big banks’ attention, which is mainly triggered by a massive influx of orders. In addition, currencies such as the USD are highly susceptible to news events, leaving room for the big banks to manipulate the price in any direction they need to ensure their liquidity. That is why you should be very careful about choosing what you are going to trade in your market of choice and strive to earn as much as you can about potential dangers.

What are the best currencies to trade?

While you can trade any combinations involving the eight major currencies (avoid the USD whenever possible), you should still aim to make more profitable and stable choices. For example, trading the CAD/JPY is better than trading the EUR/USD, but the CAD and the JPY both are affected by USD news to a degree, which means that you can find other options that will prove to be better. It is your job to understand how the currencies you wish to trade work.

The EUR is a great currency to trade because it does not move much when the news on the USD comes out. Moreover, all the news concerning the EUR mainly related to the Eurozone, mitigating its overall impact. The only time traders should pay attention is when the ECB releases news, which still happens rarely and can thus be easily avoided.

The GBP, interestingly, does not correlate with any other currency, which makes it move more often than others do. Like the EUR, the news concerning this currency is easy to notice and avoid.

The CHF appears not to react even to the news it is directly related to. It may, however, react to a lesser degree to the news concerning the EUR. Furthermore, the CHF is one of the easiest currencies to manage because there is almost no erratic movement.

What are the best currency pairs to trade?

The EUR/GBP is one of the most traded currency pairs, but also one of the rare ones that does not involve the USD. Interestingly enough, this pair only accounts for 2% of the market share, which is extremely suitable for avoiding the big banks’ radar. It also gives low ATR, making it one of the least volatile pairs to trade. The EUR/GBP moves slowly, which allows you to set the stop loss and take-profit levels without the two being hit in one day. However, there is no stagnation or choppiness, making it much easier to control in comparison to other currency combinations. Also, the pair isn’t triggered by the US news and, even though both are European currencies, they do not correlate often, so you should not see either of the two gaining strength as the other one is growing weak.

The GBP/CHF was once the inverse of the EUR/GBP, which thankfully changed after the EUR/CHF crash of 2015. The EUR and the CHF now correlate increasingly less, which allows traders to trade them both without needing to choose between the two. There are many advantages to trading this pair, including the fact that it moves much faster and trends more than the EUR/GBP.

The AUD/NZD is a perfect choice for all traders who tend to avoid volatile markets and heavy news. Both of the currencies that constitute the pair avoid the USD, which immediately takes all the unnecessary drama away. Another important fact is that the AUD and the NZD are both risk-on currencies, which is really important. Currency pairs such as the AUD/JPY, for example, are risk-on/risk-off, which makes it dependent on the stock market. Luckily, the AUD/NZD pair behaves similarly and they do not correlate much.

Additionally, any important news typically comes out early in the trading day, which is ideal for people who trade just before the close of the daily candle. In case of some unfavorable news, this gives these traders almost one whole day to see if the price will correct itself. Most commonly, the price goes back to where it was the previous day, so the news does not need to affect these trades negatively. Because of this pair’s specifics, you can either avoid it in the testing phase or use it as the control currency to see if your system functions at all.

As you can see, just by gathering information on these currencies, their histories, and trading specifics, you can discover how some common facts you read online are not necessarily true. That being said, you must find a way to experience whatever you read in a safe environment (i.e. demo account) and save yourself the pain from making the wrong choices. Whichever market(s) you opt for, make sure that your information collection strategy and research skills are at their best since this is something that will help you build your unique position.

As promised, we are giving you the results of the last problem where you were tasked with applying the scaling out strategy:

Based on the chart, we can see that the ATR is 34.86, which we will round up to 35. Owing to this information, we can calculate our stop-loss and take-profit point (52.5 ≈ 52). If we are dealing with a 50,000 account, our risk equals 1,000, so the pip value is 19.2 in this case. We will make two half trades (9.6 each). After the price hits the take-profit level, we will move the stop loss to the break-even point (the amount you invested in the currency pair in the first place).

We are getting closer and closer to the end of this series, so make sure you follow our next article and complete the story on the best trading position!