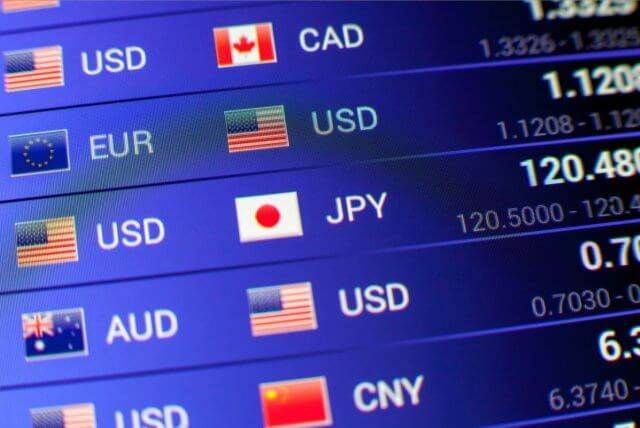 When it comes to forex trading there are a lot of pairs available to trade, a lot of them from the majors, the minors, and the exotic pairs. Some are, however, far more popular amongst traders than others. The world of Forex is attracting more and more people as time goes on, yet many of them do not know what the most popular pairs are or what the most profitable pairs are, they simply choose a random one and then start trading. So that is why we are going to be looking at what some of the most popular and most profitable forex currency pairs to trade are.

Before we do that though, let’s take a look at what a currency pair actually is. The forex market is the global market for trading currencies, it’s also the most liquid financial market in the world. Forex trading is simply the process of buying one currency while at the same time selling another, this is also the reason why the currencies are trading in pairs, one being bought and the other being sold.

You also need to understand that there are different types of currency pairs, we very briefly mentioned them as the majors, minors, and exotic pairs. The defining features of the major currency pairs are that they include the US Dollar in them, examples of these major pairs include EUR/USD and USD/CHF. So this would mean that the currency pairs that do not include the USD are not majors, instead, they are known as minor pairs or crosses. They do however contain one of the world’s leading currencies such as NZD/JPY, GBP/AUD, and EUR/CAD. The final set of pairs are the exotic pairs, these often come from emerging economies around the world. They are often the least traded pairs but also some of the most volatile, some of these currencies include the Thai Baht, the Polish Zloty, and the Emirati Dirham.

So what are the most popular trading pairs available?

EUR / USD: The EUR/USD pair is the most well known and also the most popular pair to trade, it consists of the Euro as the base pair and the US Dollar as the quoted pair. It is also the most liquid currency pair available and also one of the most stable, yet it is still incredibly profitable to trade on, the spreads of this pair are also often the lowest of all the currency pairs.

USD / JPY: Another one of the most traded currency pairs traded on the markets and is also known for having its low spreads. The JPY is seen as a safe haven when the markets are in a time of uncertainty.

GBP / USD: The GBP and the USD are both among the most popular currencies and so this currency pair is also one of the most popular and profitable for traders to trade. This pair is normally quite stable, however with recent world events such as Brexit, the volatility has increased, but it remains incredibly popular to trade.

AUD / USD: The Australian dollar relies heavily on the export of the country’s gold pricing, due to this the AUD/USD currency pair can be influenced by the price of gold. This is yet another very popular trading pair.

USD / CHF: Yet another very profitable pair, the swiss franc is another currency that is seen as a safe haven, due to this the volatility is generally a little lower, yet this currency pair is still incredibly popular.

NZD / USD: The NZD/USD currency pair is another popular one, New Zealand has a strong agricultural influence around the world and so this pair relies heavily on the agricultural output and is an incredibly popular pair to trade.

EUR / GBP: This is again one of the most popular currency pairs to trade around the world due to both currencies being very popular. The Euro is used in many countries around the world making it popular to trade, normally quite a stable pair, this pair has been rocked with increased volatility due to the ongoing uncertainty around Brexit.

USD / HKD: Yet another popular trading pair, in fact, it is ranked as the 11th most traded pair, it can be seen as highly profitable with a lot of potential for smaller moves.

USD / KRW: South Korea has had some very impressive economic growth in local times. It is now the fourth-largest economy in Asia, due to this it now makes up to 2% of all trades that are made in the forex markets, due to its emerging and improving economy, this pair is becoming more and more popular as time goes on.

So those are some of the most popular trading pairs, yet you can’t really do anything with that information if you do not know how to actually trade them, having an understanding of the profitable pairs as well as how to trade them is how you can become a profitable trader. If we take the EUR/USD pair as an example, this pair often allows for a much safer trading experience due to its lower volatility, all that you really need to have when trading this pair is a basic understanding of how the markets work and some basic technical analysis know-how, this pair also often has the lowest spreads available of all currency pairs.

There is, however, absolutely no reason to limit your trading to a single pair, there are in fact over 250 different recognised countries and territories, so there is a lot to choose from when it comes to currency trading. Regardless of whether you chose to trade the majors, minors, or exotic pairs, it is important that you get your forex education done, at least the start of it, get some knowledge for analysing the markets and trade on a demo account to ensure that you are able to successfully trade before putting any real money into the account.

So those are some of the most popular pairs and also a little on what currency pairs actually are. Whichever pair you decide to choose, good luck, but if you are looking for stability combined with the potential for good profits, then go for the ones listed above, others can offer a lot more potential profits, but also a lot more risks.