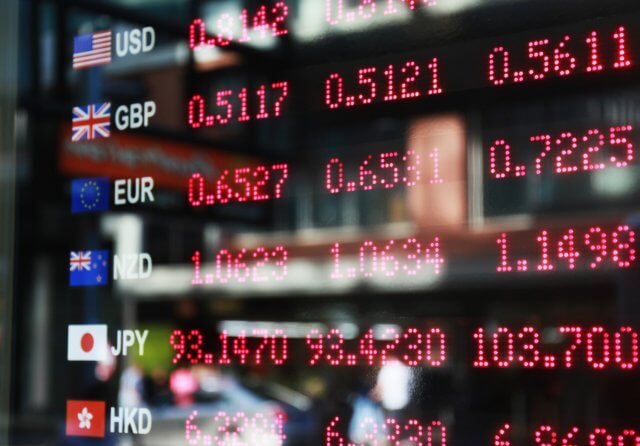 One of the most prominent and most important decisions that you need to make at the start of your career is which currency pair you are going to b trading, there isn’t a right or wrong choice to make here. It will be down to your own preference, and will also need to take into account what your trading strategy is as well as your risk management plans.

The volatility of the currency pair that you decide to trade with will affect pretty much every aspect of your trading, the more volatile pairs can mean a lot bigger profits, but the other side of the coin is of course that there are opportunities for much greater losses too, as a result of this you are going to need to balance the potential gains against the potential risks. So we are going to be looking at some of the slightly more volatile currency pairs today, these pairs can offer fantastic opportunities but should be traded with caution, some are quite popular, others are a little rarer and not even found on the majority of brokers.

Volatility is something that is spoken about quite a lot when it comes to trading and forex, volatility is basically the amount of distance that the price fluctuates. The higher the volatility on a currency pair the more the price will move up and down, with a less volatile pair like the EURUSD moving less with each tick (movement). Price movements are of course measured in pips and so the higher the volatility, the higher each pip value and movement.

USD / KRW: This pair is made up of the US Dollar and the South Korean Won, it has a highly inflated exchange rate which can make price fluctuations for this pair very common. Some traders seem to think that this currency pair is quite easy to trade and so more and more people are beginning to trade it, this does however mean that the volatility will only increase making it even more dangerous.

USD / BRL: The Brazilian Real falls into what is known as an exotic currency, this means that it is coming from an emerging market. These sorts of currencies often have much higher volatility so pairs such as this one with an exotic currency in it are often far more volatile.

AUD / JPY: The Australian Dollar and Japanese Yen is another very volatile pair, this is known as a commodity currency and these sorts of currencies can be very volatile. Yet the Japanese Yes is one of the least volatile currencies available on the market and people look for it to bring stability to their portfolio. The opposites of these two currencies give the currency pairing a high level of volatility making it very profitable for people looking to profit on price fluctuations.

NZD / JPY: This currency pair works very similarly to the USD JPY pair that we mentioned above with a very similar relationship between the two currencies. Once again the NZD is a commodity currency, its value is mainly tied to the exports of dairy products, honey, wood, and meat. A change in price for some of these products will cause a jump in volatility for this pair.

GBP / EUR: Ten years ago this currency pair would be on this list. However, due to the ongoing Brexit negotiations starting in 2016 this pair has become a lot more volatile, as have many of the pairs now containing the Great British Pound. Each and every news event regarding Brexit shakes up the volatility of this pair with rather large jumps and trends being caused by the news.

CAD / JPY: The Canadian Dollar is heavily dependent on oil prices, this currency pair has a similar relationship to that of AUDJPY and NZDJPY, the inverse in these currency types can cause a lot of volatility. With changes in the price of oil being quite common, it is not uncommon to see jumps in the price of the CAD and so added volatility for this currency pair. If you are thinking of trading this pair, then be sure that you are also monitoring the prices of oil.

GBP / AUD: The GBP USD pair was once again quite a stable currency pair in the past, but there has been a lot of conflict between the US and China in relation to their trade war which has disrupted the trade links between Australia and China, something that Australia really relied on and still does. Due to this, the Australian exports have dropped in value which has, in turn, made the relationship with the GBP a little more volatile.

USD / ZAR: South Africa is one of the world’s primary exporters of gold, and when selling gold around the world it is generally priced in USD. Due to this, the price of gold is highly linked to the strength of the US dollar, and so as the price of gold increases, it will mean that you will need more Arin in order to purchase USD, thus increasing the volatility of the markets.

USD / TRY: There has been a lot of political instability and disruption within Turkey which has caused the Turkish Lira to be incredibly volatile within the forex markets. During moments of political importance such as elections or coups, the volatility of this pair will spike dramatically.

USD / MXN: The relationship between the US and Mexico has been a little wobbly ever since Donald Trump was elected as the president of the US which has caused a lot of volatility within this currency pair. Even more recently, there have been some added tariffs on Mexican exports which have caused an even greater level of volatility within this currency pair.

So those are some of the most volatile pairs to trade, there can be a lot of profits in trading these pairs. However, there can also be a lot of danger, as the potential profits group, so do the potential losses, so these sorts of pairs are best left to those that have studied them or are considered to be experienced traders. Having said that, feel free to experience them on a demo account to get a feel for what it is like trading a volatile pair, you never know, it may be what is right for you.