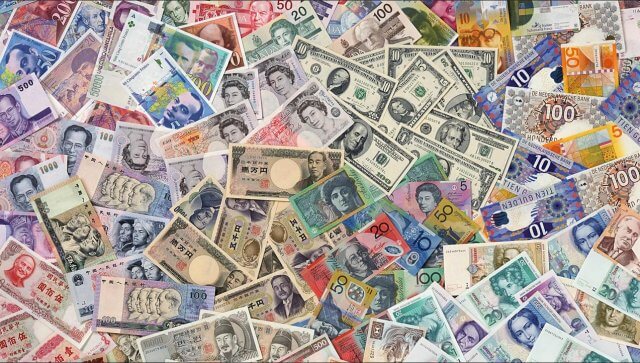 Many Forex traders make the mistake of not thinking about what they are trading beyond price fluctuations on a screen. While it is true in trading that the price is king and also that prices are never too high or low not to be able to rise or fall any more, over time it will work better if it understands what makes the currencies it negotiates unique. Understanding Forex’s major global currencies will make you a better trader, more focused, and more profitable.

What are the World’s Leading Forex Currencies?

In addition, the Chinese yuan (CNY) is becoming increasingly important, although it is not yet fully convertible. There is an onshore Yuan and an offshore Yuan, the last of which is offered for trading by many Forex brokers.

The ranking shown above was not simply ordered by relative GDP or any other economic indicator. Instead, the level of importance given to individual currencies takes into account convertibility, its use as a global reserve, and its correlation with important raw materials. For example, there are several countries, such as India, which have economies much larger than Switzerland or Australia. However, Australia is a major producer of gold and several other raw materials used in manufacturing, while Swiss banks hold a large share of global private capital and especially of gold, which gives their respective currencies a weight that goes beyond the national economies they represent. You must think beyond the plain economic factors to succeed in understanding the major global forex currencies.

All modern currencies are backed on paper by nothing more than the nation’s central bank’s promise to meet the obligation. Currencies are 100% debt.

The USD Is The King

The first thing that the trader must take into account in order to understand the main world currencies of Forex is that the USD is of paramount importance. All other currencies are first valued on the basis of their value against the USD. Therefore, you can trade in Forex markets much more easily by simply focusing on the other 7 currencies paired with the USD instead of worrying about every possible crossing, although there are some exceptions.

The importance of the USD is due not only to the large size of the US economy, which is larger than that of any other nation and almost as large as that of the entire eurozone. It is also due to the unique position of the United States as the architect of the global financial system and the world’s only superpower. The dollar is the world’s largest reserve currency, and there is still more cash wealth in USD than in any other currency.

This means that the USD will generally be the main driver of currency market movements. If people around the world want to keep the USD, it will go up and that will tend to weigh in most other currencies and vice versa. In the last 15 years, the USD has had a more predictable and strong trend than any other Forex world currency, which is something that helps to understand the main Forex world currencies.

For various reasons, the market tends to view the following currencies as safe havens, so their relative value tends to increase when there is market turbulence that is caused by fears about global economic prospects: USD, JPY and EUR. The CHF used to be the main security currency, but its role as a safe haven is now considered to be lower due to some unbridled revaluations by the Swiss National Bank and also due to its very high negative interest rate of -0.75%.

Other currencies tend to perform well when there are good prospects for global economic growth. An appreciation of the appetite for risk in the face of risk aversion is a great help in understanding Forex’s major global currencies.

Most traders will notice that different currency pairs have different “personalities”: some are very volatile and move quickly (a good example is GBP/JPY), while others tend to move in “2 steps forward, 1 step back” mode (the perfect example is the EUR/USD pair). This is due to the liquidity of the respective currencies. There are more euros and dollars than any other currency and this is why their prices tend to move quite slowly. However, when you look at currencies like GBP, JPY, and CHF, there are much smaller amounts involved and, when they are heavily in or out of demand, a liquidity constraint can cause the price to move very quickly.

Time of the Day

In general, currency prices move more during trading hours in London and New York, but also during your local business hours. This means, for example, that the GBP tends to be rather flat during the first part of the Tokyo session, while at that session there will tend to be more activity in Australian and New Zealand dollars, except during before the opening of London and later New York, which overlap to some extent with “domestic” business hours. This is partly due to the fact that currency exchange rates are often moved by economic data publications and central bank publications which, of course, are scheduled during domestic business hours.

While the factors discussed in this article are neither the first nor the only ones that traders will think about, taking this basic information into account can help them to be more flexible and successful in trading certain currencies.