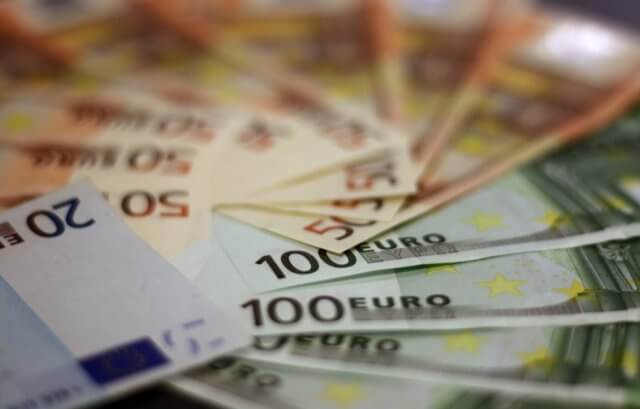 Two mistakes that a lot of new traders make is to simply select a random currency pair to trade or to try and trade too many different pairs at once. An important thing to do when first starting out is to decide which currency pair you want to trade with, you can, of course, change this decision in the future or to pick up multiple other currencies once you have a bit of experience. However, that initial first currency pair can make a big impact on your trading. This is why we are going to be looking at how you can choose that first currency pair that you are going to trade.

When first starting out with trading, it is recommended that you select one of the major currency pairs. This is for the simple reason that the amount of volatility is lower and the amount of liquidity is higher, this offers a much safer trading environment with less violent price movements than some of the minor or exotic currencies. Some of the major currency pairs to think about have been listed below along with some of their main characteristics, to give you an idea of what is involved in them and how they may behave.

This is the world’s most traded currency, this currency pair has the highest level of liquidity out of any of the available currency pairs. Due to this, it is also one of the most stable. While it does have a lot of large trends, moving large distances, it does this at a slower pace, never jumping too far with a single tick. Many describe this pair as one of the safest pairs to trade due to it having the lowest spreads of all currency pairs. This pair is most active during the European and American sessions and can have some added volatility when there is news within the Eurozone and the United States.

The US Dollar against the Swiss Franc, this pair often moves the other way to EURUSD, it has smaller movements with very few large jumps and often has a small spread making it one of the safer currencies to trade. The Swiss Franc is a safe haven currency which means that when there is a crisis or economic drop, it can also go down in value, this pair is active during both the American and European sessions.

This used to be quite a safe pair to trade, but now with Brexit happening it is a little less predictable. There is still hope that once the Brexit saga is over that it will return to its old steady self. It is still incredibly popular for traders due to its increase in volatility and profit potential. It can have slime huge movements which are perfect for trend traders but also have a lot of breakouts as well as false breakouts which can catch people out. This pair reacts a lot to events in Britain and is most traded during he European and American sessions.

Other pairs include things like the USDJPY, USDCAD, AUDUSD, and NZDUSD, those are the other major pairs. Generally, they will have lower levels of volatility than the minor pairs but can still react quite a lot to major news events. They are often good for trend trading as they can have long drawn out movements rather than large and quick jumps.

The minor pairs include things like EURJPY, GBPJPY, EURGBP, EURCHF, GBPCHF, EURCAD, and GBPCAD, these pairs can have some added volatility to them and so are often not recommended for new traders. Instead, stick to the major pairs to start. The Exotic pairs include things like USDZAR, USDMXN, USDTRY, and USDRUB. The liquidity on these pairs are lower so you cannot make as larger trades at once and they can also jump about a lot which can make them very profitable, but also very dangerous which is why they are not recommended for beginners.

We mentioned above that it is recommended that you only trade with a single currency pair to begin with, this allows you to concentrate fully on that one pair. It also means that you are able to learn more about the way that the currency pair moves, allowing you to better analyze and trade it. You can branch out afterward, but we recommend learning all that you can about one before you try looking at another. You do not want to get confused and to mix up the characteristics of different pairs as this can lead to a series of losses.

In order to select the pair that you want to trade, you will need to look at a few things. The first is the strategy that you are going to be using. Some pairs are better for longer-term trading and others for the short term. If you are a scalper then you want a pair that has more volatility. If you are a trend trader, then you want one that goes on larger and longer movements over time. You also need to consider the time that the pair is most active. If you are from the Uk, then there is no point in trading a currency pair that is most active in the middle of the night, instead of one that works for the time that you will be up and that you will be free.

You should also consider the spreads. Different pairs have different spreads. If you are looking for short-term trades or to scalp, then we would not recommend getting a currency pair with a larger spread. This will make it very difficult for you to make a profit, so instead, you would need to go for one with a small spread. This doesn’t matter quite as much for trend traders, but it is still worth considering the impact of the cost of a currency pair when looking at your potential profits.

So those are some of the things that you should think about when you are selecting a currency pair to trade. Think about your strategy, the costs, and when you are available to trade, then think about the characteristics of the different pairs. Work on one pair at a time until you have a good understanding of it and then move on to your next one. Don’t try to do too much at once and you should get on just fine.