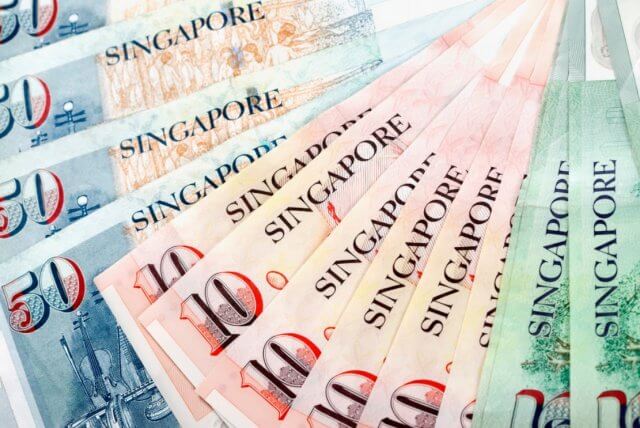 A common approach to forex when traders begin their trading for the first time is to focus on one asset. Cryptocurrencies are a popular choice even though not a good pick because of many factors, one being this is still not a developed market. Many books, videos, bankers advice, and mentors suggest the EUR/USD to start with, without any good reason. Liquidity is not an issue if a broker has at least a few liquidity providers, so the EUR/USD pair as the most liquid asset on the forex is not offering any real advantages even in this area.

If we take a look at the two economies, it gets complicated. The US economy, politics, and dominance create so many possibilities to surprise your trading strategies in a bad way. And the EU economy is also somewhat unpredictable to follow with so many countries. Yet beginner traders are attracted to this pair thinking it is “safe”, easy, and because “everybody is trading it”. Our previous articles describe this pair as one of the worst you can pick, mostly because of the proven contrarian trader concept. Then there is another extreme, although rare, to go with an exotic currency pair with increased volatility. We have also presented our opinion on exotics in a separate article.

According to contrarian traders, you should go will all the majors and their crosses but avoid the popular EUR/USD and GBP/USD if there is a similar trading opportunity. This way you can fine-tune your system, plan, and mindset on various playgrounds ultimately giving you versatility. Now, as you develop, expanding the scope where you trade becomes a rewarding endeavor. But it does not come without caution. How we approach this expansion is described by a technical prop trader we are going to present in this article, using the Singapore Dollar example.

The market during most of 2019 was flat, forex had a very low activity which can be seen just by looking at the VIX, EVZ, and other Indexes that measure volatility. In this environment, it is hard to get a relevant trading sample test with the asset you want to include in your trading array. So what you might think as good before, comes to be a very bad choice once the markets return to normal. Beginner traders are not always informed about the market stages and might go into volatile, less developed, even experimental assets such as the alternative crypto market.

A similar approach before the crypto age was when traders would often go with the penny stocks trading. When a prop trader wants to see if his system is working on a new asset, testing is a must. When the forex market is flat, testing in such an environment does not reflect normal conditions. Now, in 2020 we have another abnormal condition caused by the pandemic and extremes in the state/central banking stimulus. However, whenever there are trends to follow and capture profits from, it is good enough for signals to generate and test new assets.

Testing involves a few stages depending on how thorough you want to be. Of course, investing more time with testing will give you more reliable data but at one point you need to decide if the results are good enough. Some currencies can have special drivers and chart characteristics we may or may not spot from testing alone. Forward testing on a demo account is an unavoidable phase after backtesting. If we want to add SGD, we can start with one pair, such as USD/SGD. After favorable forward tests, we add other combinations of the SGD, if available by the broker to test the currency and expand our trading scope. Since we aim to build a universal technical trading algorithm if you follow our structure example, there are no opportunity limits, all assets are viable. Professionals have an idea of what asset they are looking at, not all are equally interesting, therefore they scan what could be a good fit for their trading system. Trend following systems needs the volume that drives trends, without too many factors a trader cannot control (risk) and a chart with minimal whipsaws, among other, less important considerations.

Consequently, Singapore Dollar could be a good choice. The SGD is not a currency that “drives the bus”. It is not dominant in the price move, as one prop traders describe it – it is a blank canvas. In the long term and even in the midterm, it will be the other currency that moves the price you are pairing with the SGD. As for the news impact, they almost do not have any effect on this currency. When you look at the reports, the Singapore economy is a good all-arounder most of the time. Singapore is the banking hub for most of Asia and the number one banking hub for the whole world right now. A bad manufacturing report in Singapore does not have any significance, as it turns out on the price change too. The economy is not based on manufacturing here and according to some research, even the GDP report does not have a big impact too.

Our prop trader is very interested to test currencies and markets like this, it all favors his technical trading system specialized in trend following. Now we could take other countries with similar characteristics, a few of them, but then liquidity might be a big question mark. Most of the time countries, their economy, and the currency might seem a great pick if we take all the above factors into account. But this particular currency might not be traded enough to have the liquidity we need. We do not need super-liquid pairs like the EUR/USD, but enough so we do not have uncontrollable risks caused by low liquidity on the market expressed as gaps, slippage, extreme spikes, crashes, whipsaws, and so on.

The Singapore Dollar is heavily traded, it has the liquidity, USD/SGD even has more liquidity than some of the minor pairs out of the major 8. This means we do not see whipsaws that cut the trade we have opened yesterday on a daily timeframe. Some observations conclude that SGD pairs either move smoothly or do not move much, enough to trigger our volume or volatility filters. Such movements are easily followed, ensuring high probability trades just because of the currency’s typical behavior. According to our prop trader, the only pair that is a bit jumpy is the CAD/SGD while other major combinations with the SGD are smooth.

The picture above is the USD/SGD daily chart with smooth trends followed by clear flat periods even during the pandemic shock starting from march 2020.

A few areas of caution, by looking at the other charts, you may think SGD pairs correlate. This may seem like a possibility but by looking at a zoomed out chart you will conclude pursuing signals out of correlation is not effective. The picture below is EUR/SGD (orange line) and USD/SGD (blue line) is showing mostly positive correlation until July 2020 when it became negatively correlated and then back again later.

Correlations are hard to use in trading according to the experience of prop traders. Even if you notice a correlation, be it accidental or fundamental, the move should reflect in your trading system anyway. Trying to predict the movement of one asset just after another moved in the opposite direction is a hardly effective strategy. As described in our article about correlation, it is a good idea to ignore this type of analysis.

Another factor traders might consider when looking for a new trading asset is the spread. Unless you are following a very high-frequency scalping strategy, the typical spread amount should not count as a criterium. It is a common misconception to trade nominally tighter spread currency pairs. Tighter spreads will give you a bit more if you are trading on an hourly chart, for example, although on the daily chart the spread is mostly marginal relative to the potential gain. Only highly illiquid exotic pairs have wide spreads and only on certain events. The spread dynamics during the day are not known unless measured, and rarely anyone measures it. An unaware trader can decide to trade some asset or pair just because the spread at that moment was tight, not knowing it can widen multiple times and trigger the Stop Loss. Optimal daily timeframe strategy will unlikely be affected in this way, however, the spread should not be a deciding factor in any case.

Aside from spread dynamics, which can also be dependent on the broker liquidity providers, traders also commonly forget to measure the volatility to spread ratio. Volatility is easy to measure with the ATR indicator. Now, comparing the ATR to spread ratio across assets can give us an approximate spread influence on our trades. Some currency pairs have higher spreads and lower ATRs, while some other pairs can have similar spreads but very high ATRs. NZD/CHF might have 3 pip spread but the ATR of 47 pips, meaning the spread percentage is about 6%. This percentage is one of the worst out of the 28 major currency pairs and crosses. High-frequency trading strategies on lower timeframes might have some use out of this analysis by choosing currency pairs with the best ratio (low spread with high ATR). Although if you trade on a daily chart using our algorithm structure and plan, it is completely redundant.

Do not concern yourself with the spread, including on your search for a new currency or asset to trade. ATRs on the SGD pairs might not be very high compared to other pairs and the spread might not be as good. Still, daily timeframe traders should not care about this. If you have some criteria to trade only when the spread is lower than 3 pips, for example, missing out on a 150 pip trend because of 3 pips is a foolish decision. On the other hand, if you just randomly pick assets to add to your trading scope, you will probably find out your system cannot be as effective. Do your backtesting and then a good sample of forward testing. If the results are good, nothing is stopping you to reap the extra rewards.

To conclude, keep in mind the economy of the country behind the currency, how sensitive it can be on news events, how the charts look, is the currency liquid enough. In the next few articles, we will be covering how you can translate your forex trading system, adjust it If needed, and apply it to other markets. The Singapore Dollar is a good choice if you are looking into exotics, but it is rarely considered by traders. Currently, the SGD daily charts look smooth even during the pandemic and could even be a better choice than a pair with the majors only.