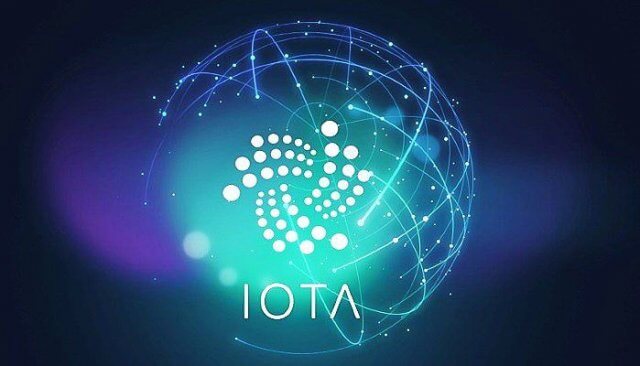 Technology makes our lives easier. And as it is now, we might be at the cusp of a new age as far as technological advancements are concerned. In the very near future, it’s highly probable that the mundane devices around us will be interconnected with each other and to the internet. Think of your fridge, car, oven, car, shower, coffee maker, etc.

These devices will be able to work without needing human intervention. In other words, we’ll be able to derive more value from the things around us, thanks to them being connected to the internet. This phenomenon is called the Internet of Things (IoT).

It would be ideal if we could actualize IoT without any of the current impediments that face it – with two of the major ones being security and scalability. There is a valid concern that an IoT network would be a security disaster as far as information security, data privacy, and cyber safety are concerned.

IOTA is a cryptocurrency project created and optimized for the Internet-of-Things (IoT). The IOTA team envisioned an IoT – already a bold vision by itself – that is powered, secured, and driven by blockchain. David Sostebo, the co-founder of IOTA, wrote that ” IOTA was initiated with a very clear and focused vision of enabling the paradigm shift of the Internet of Things… through establishing a de facto standardized ‘Ledger of Everything.’

IOTA diverts from the traditional blockchain model adopted by the majority of cryptocurrencies. Instead, it uses a dedicated distributed ledger platform called Tangle – itself an implementation of a computer science and mathematical concept known as Directed Acyclic Graphs(DAG). Tangle’s consensus mechanism works this way: for new transactions to be valid and before it’s added on the public ledger, it must be validated by the two lastly entered transactions.

This removes the dependence on miners to validate transactions, thus allowing for more scalable transactions (by reducing network congestion and network delays) as compared with traditional blockchains such as Bitcoin’s and Ethereum’s.

How Does IOTA Work?

The idea behind IOTA is to integrate blockchain solutions to the Internet of Things. IoT is not a complicated concept or a fantastical idea belonging to sci-fi movies. As a matter of fact, it’s already part of the world’s economy – think devices that monitor factory conditions, driverless cars, smart homes, smart lighting, smart pet care, etc. Research indicates that in 2017, IoT devices had grown up to 8.4 billion, with an even more aggressive growth projected for the future. 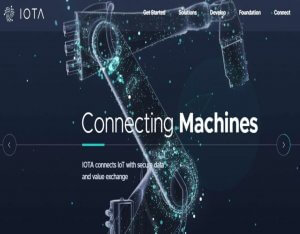 IOTA’s founders believe that for IoT to realize its highest potential, network devices should share and utilize resources more efficiently. The idea is for devices to acquire more resources, such as internet bandwidth, power, storage – only when they need them, and to sell excess or unwanted power at any given time.

Upon completion, IOTA anticipates having billions of interconnected nodes on its network. To this end, its processing power is designed to expand as more nodes join the network. Tangle’s consensus mechanism dictates that each transaction is linked to two other transactions – in the end, creating a web of transactions based on a verification history. As time goes on, every transaction becomes linked to the ones that verified it. This simple model removes the need for a blockchain.

In terms of computing power and securing the network, each time a new device submits a transaction – it contributes to the network in this way. Again, this removes the need for block miners.

IOTA is also fee-free. As new devices contribute computing power when they submit transactions, the only cost they expend is the electricity they use to confirm the two previous transactions. This essentially makes IOTA free to use.

This absence of fees is intentional. The IoT network will comprise devices transacting with each other at fractional costs and a very high frequency. Levying charges on such transactions would render micropayments impractical. To serve as the backbone of the IoT economy, IOTA has to be a free network.

As you already know, the blockchain is vulnerable to what is known as “the majority attack.” This describes the event when a party manages to control more than 50% of the network (51% attack). In such an event, the attacker can perform malicious transactions, stop miners, and so on. For its part, Tangle will be vulnerable if an entity were to control 34% (over ⅓) of the network’s computing power.

The IOTA network would be particularly vulnerable to such an attack when it’s still a small network with fewer nodes (i.e., now). It’s easier for a bad actor to gain control of 34% of the network at this time. To curb such an attack, the network is utilizing a Coordinator that synchronizes data across all nodes – cushioning the network against an attack.

The coordinator node is necessary to protect the early Tangle, and the network plans to get rid of it when it becomes robust and resilient enough. But that also means that the platform is not exactly decentralized right now.

In May 2019, IOTA announced the plan to kill the coordinator and implement ‘Coordicide’ – a new procedure that would make the network decentralized. The protocol, however, is yet to be implemented.

Who is behind IOTA?

The IOTA platform was launched in 2015 by David Sønstebø, Dominik Schiener, Sergey Ivancheglo, and Serguei Popov. Sønstebø and Schiener both serve as co-chairman of the board of directors. Ivancheglo departed from the organization’s foundation in June last year in seemingly amicable terms, but as the IOTA community came to discover, there was a ton of intrigue going on behind the scenes. See the full team here.

IOTA has faced criticism for its use of several new technologies instead of tested and tried technologies. Technology experts question if IOTA will really work to scale and if it will stand up to attacks even after more nodes join the network.

Michigan University’s Digital Currency Initiative published a paper outlining serious flaws in Curl, the network’s hashing function. After testing the hash function, they discovered it produced the same output when fed with two different inputs – a situation known as Collision and one that denotes a faulty hash code. The team added that a malicious actor could have manipulated the flaw to bring down Tangle or steal user funds. The IOTA team has since addressed the loophole.

Ethereum’s core developer Nick Johnson published a scathing article in which he delineated why he thought IOTA’s platform lacked “good technical judgment,” disregarded “cryptographic best practices,” is “a bad actor in the open-source community,” and that its integrity guarantees lack rigor.”

The IOTA project takes the progressive idea of IoT and proposes to make it even better with distributed ledger solutions. For now, the project is far from perfect, or even near full-blown implementation. If everything goes as planned, IOTA will be an unstoppable idea, not just in the distributed ledger space, but in the world.