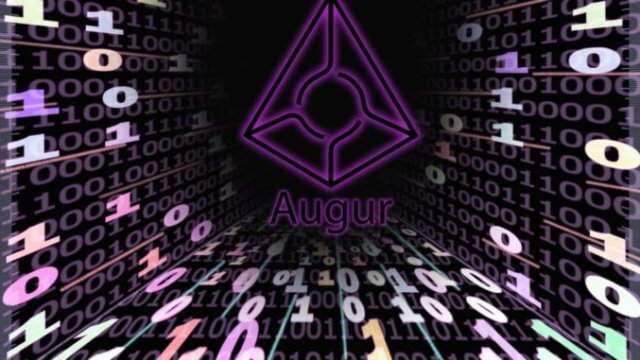 Ethereum’s blockchain has made it possible to build all sorts of exciting decentralized applications on its platform. Augur was one of the very first projects to take advantage of Ethereum’s smart contract and Solidity tools and create its unique protocol.

In this guide, we’ll look into this exciting project, how it works, whether it’s worth sinking your money into, and more.

What is Augur (REP)

Augur is a decentralized, peer-to-peer, and open-source prediction platform built on the Ethereum blockchain. When trading on Augur, you’re rewarded if you correctly predict the outcome of any future event – whether it’s an election, a football match, political events, policy decisions, a natural disaster, market crashes, weather events, and so on. The project’s website says “anything is fair game” – if you can’t find your preferred choice of a bet, you can create your own.

Augur leverages the “wisdom of the crowd” – the idea that a collective group of people is smarter than individual experts when it comes to problem-solving, general knowledge, predicting, etc. Those who predict the right outcomes win and those who don’t, lose. The more unlikely an event to occur, the bigger the reward for the accuracy of its prediction.

The platform has its own currency known as REP – “Reputation,” which people use to report on and dispute the outcome of events. Coin holders are rewarded for accurate predictions of events if they occur, while others can object if they don’t agree.

What Does Augur Aim to Achieve?

As a decentralized application on the Ethereum blockchain, Augur is censorship-resistant, is not owned by anyone, and thus cannot be shut down by anyone. Blockchain experts Jack Peterson and Joey Krug created the project in 2014 to ‘democratize’ the prediction markets.

With the creation of Augur, Peterson, Krug and the team had the following goals in mind:

How Does Augur Work?

Augur is more or less a decentralized take on traditional betting. The Augur protocol utilizes four processes in the prediction model, which we will expound below.

Creating Markets. Anyone can create a market of their choice on the platform. All you need is a small amount of ether and a hot betting topic. But first, you need to check the list of topics on the platform to avoid double coverage. You can come up with anything, from “Will Mark Zuckerberg Be Voted Out as CEO of Facebook in 2019?” to “Will France Take Home the World Cup in 2020?” to “Will Game of Thrones Return for a Sequel?” Users creating prediction markets usually set a ‘creator fee,’ which must be between 0 and 50%.

Trading. After a market is created, trading begins. Users can buy shares in the outcomes of the event, as well as receive rewards for participating and sharing their insights and opinions about the market. The price of the shares is calculated based on the likelihood of that event occurring. The more people buying into a particular event, the higher the price will be. Users also have the option to trade their shares with others or invest in unlikelier outcomes for better returns.

Reporting. This stage comes after a market closes – that is, a market’s underlying event takes place in the ‘real world.’ The potential result, known as ‘Outcome,’ is determined by profit-motivated ‘Reporters,’ who simply report the real-world outcome of the event. Any REP holder can be a reporter. Reporters who consistently provide accurate reports are financially rewarded, while those whose reports are not consistent with the actual outcomes are financially penalized. Note that users of the platform do not need to own or use REP, it’s only reporters who need it to participate in the reporting process.

Settlement. In this final stage, a trader can close their position by selling the position to another user in exchange for ether, or automatically settling their shares on Augur’s smart contracts. Predictions by users that turn out to be accurate are rewarded. Reporters whose reports were determined to be accurate are rewarded in reputation tokens, while reporters who did not respond or gave inaccurate information are penalized, with their share of tokens being given to reporters whose report was accurate.

The REP token can be acquired on crypto exchanges such as Bittrex, Coinswitch, Poloniex, Coinbase, Kraken, etc.

Augur is an ERC 20 token, meaning you can store it in any wallet with ERC-20 support. Other options include hardware wallets such as Ledger Nano X, Ledger Nano S, Trezor, KeepKey, etc.

The Future of Augur, And Whether You Should Invest In It

Augur was one of the very first projects to launch on the Ethereum blockchain. It is also one of the Ethereum projects that made headlines upon its launch and continues to be consistent. Besides, the project has gotten the node of notable figures in the crypto and blockchain sphere.

Brian Armstrong, CEO of Coinbase, has described it as “an awesome project,” while Vitalik Buterin, Ethereum’s co-founder, noted its ingenuity when he called it “Uber for knowledge.”

We think that its uniqueness among other Ethereum tokens coupled with its solid reputation makes it a worthy investment.

Augur has been on the scene for a while now – being one of the first to be built upon the Ethereum blockchain. It is a decentralized prediction market platform that’s available to anyone. With a small amount of ether, anyone can participate in event likelihood stock trading.