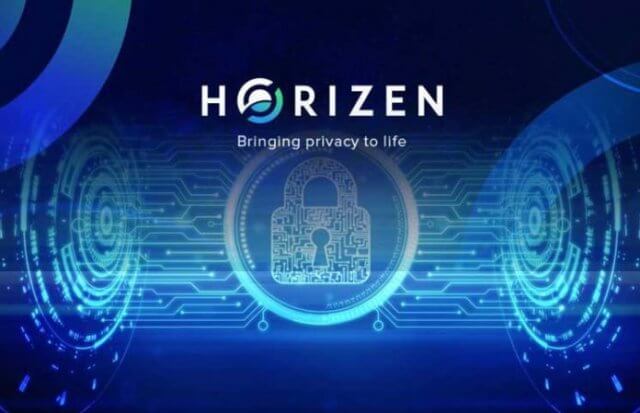 The development of the internet was a turning point for humanity. Thanks to the internet, we’re in what’s called the ‘information age’ – where information is quickly and widely disseminated to all corners of the globe. But while this is positive, it also means the privacy of persons is not a 100% guarantee. This is especially true with governments that keep their citizens on watch – for one reason or another.

There’s also the problem of millions of people lacking rights to property, trapping them in cycles of poverty.

Blockchain has been touted as a technology that can solve a myriad of today’s problems, thanks to its ground-breaking features of decentralization, immutability, and state-of-the-art security.

Horizen is a project that seeks to solve the above problems with blockchain-powered solutions.  This piece is an in-depth look at the exciting ways it proposes to do this. We’ll also share with you where you can purchase the ZEN token.

Zen is the native token for the Horizen blockchain ecosystem. Horizen is an end-to-end, blockchain-based, and zero-knowledge platform that allows users to send, exchange and release communications, data, and value in a safe, private, and peer-to-peer manner.

Horizen seeks to be a blockchain destination for private messaging, confidential publication of communications, and a decentralized property management platform. The Zen team believes privacy, owning property, and expressing oneself privately are rights – and ones people have been denied. For this reason, it seeks to restore these rights through blockchain solutions.

In Horizen’s words: “We live in a hyper-regulated and surveilled world where billions of individuals are deprived of basic human rights such as property ownership, privacy, free association, and access to information. The technology exists to solve some of these problems, and Zen’s early implementation will do exactly that.”

Formerly known as ZenCash, the Horizen project launched in May 2017 after forking from ZClassic – a fork from privacy coin ZCash. ZClassic was merely a privacy coin, but ZenCash wanted to create an entire ecosystem that offered more than private transactions.

As they state in the white paper: “Our team realized that Zclassic could be further extended as a fully encrypted network with an innovative economic and governance model that better aligns with Satoshi’s original vision for a decentralized global community. We view ZClassic as a fundamentally pure open source, all-volunteer cryptocurrency project, while Zen extends into a platform with internal funding to facilitate a broader set of communications, file sharing, and economic activities.”

How Does Horizen Work?

#1. ZenChat – a communications network that facilitates encrypted messages through industry-trusted algorithms. These texts have a 1024 character limit but are an ultra-secure way to pass messages.

#2. ZenPub – an anonymous content publishing platform that uses GNUnet or IPFS. Publishers can release such content anonymously. Horizen believes this functionality is an important extension of privacy.

#3. ZenHide – the ability to circumvent crypto bans by domain fronting. This involves concealing the endpoints of communication. As Horizen explains, “A censor, unable to distinguish fronted and non-fronted traffic to a domain, must choose between allowing circumferential traffic and blocking the domain entirely, which results in expensive collateral damage.” This protects crypto users from hostile jurisdictions.

Below are more functionalities of the Zen network:

Network nodes for any blockchain have the responsibility of cushioning the network against attacks. They facilitate instant and untraceable payments. In addition, they support a decentralized model of governance where nodes can make their voice heard on key issues.

One criticism leveled against this ‘traditional’ system is that miners can switch from one coin to another in response to a coin’s changing fortunes. There’s nothing keeping miners ‘loyal’ to any particular cryptocurrency, except profits.

To address this problem, Secure nodes on the Zen platform are required to deposit a set amount of collateral before operating a node. This is so to keep miners loyal to the network. The following are the key functions of Secure nodes:

For a node to become a Secure Node, they need to meet two major requirements:

The Zen platform also features ‘standard nodes.’ These are nodes that can be operated on any Linux server Mac or PC. The standard node plays the role of both node and wallet. Standard nodes do not possess the high-level encryption of Secure Nodes, but they help to decentralize the network, help the system run optimally, and boost its resilience.

Horizen is engineered by a core team of three, who are Joshua Yabut, Rob Viglione, and Rolf Versluis. Yabut is an experienced scientist with a background in cryptocurrency (part of the Zclassic team) aerospace engineering and computer science.

Viglione is a former physicist, military officer, and a mathematician. He was also a member of the Zclassic team. He is a libertarian who believes peace and freedom are an essential part of life.

Versluis has an extensive background in IT – having worked for Cisco and is a nuclear-trained officer in the US Submarine Force.

Where to Buy Zen

You can purchase Zen from a variety of popular exchanges such as Bittrex, Cryptopia, OKEx, Binance, HitBTC, Huobi, Sistemkoin, and CoinEX. You need to purchase cryptos such as BTC, ETH, BNB, and USDT and exchange it for Zen. You can also attempt to mine Zen here.

Zen takes the idea of privacy and expands it, creating a suite of functions that the crypto community can realize real value in. While it may not have the name recognition of Monero or ZCash, it may emerge as the dark horse of privacy coins as more and more people start treating privacy as a must-have commodity. The project is worth keeping in your sight.