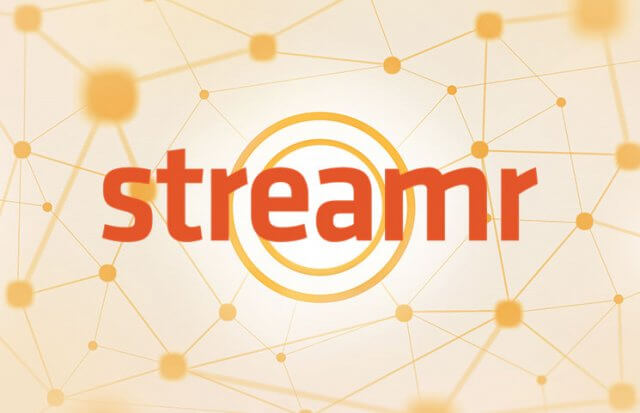 The concept of real-time data is becoming huge. In the very near future, such data will become a hot commodity. Already, massive volumes of real-time data are being generated across industries and supply chains. And this is in a time when the Internet of Things (IoT) is catching up, and we have connected devices everywhere.

This data is valuable. It can be harnessed to optimize business processes, track assets with improved accuracy, target customers for better results, and tap into an endless possibility of new business models.

However, there is a bottleneck preventing this. Currently, data storage and distribution is a centralized affair, which means a concentration of power in a few hands, lack of innovation, and a single point of failure. And while some projects such as IPFS, Swarm, and BigChainDB are providing decentralized storage services, they fall short when it comes to high-volume, real-time data.

Streamr is a blockchain-based project that aims to provide the real-time data missing link. It hopes to achieve this through a global and peer-to-peer network and an incentivization mechanism that will “keep the data flowing.”

In this article, we look at the Streamr project and its native token, DATA coin.

Streamr is an off-chain network built on Ethereum blockchain that employs smart contracts to allow individuals, companies, and machines to trade and monetize data. The Streamr platform will create a marketplace that enables anyone to tokenize data on a decentralized, peer-to-peer network.

This marketplace could potentially offer a lot of data to a wide array of uses. Decentralized application (DApps) developers can obtain data for running their apps from Streamr’s data streams. Internet of things (IoT) machines can swap data amongst each other from different sides of the world. Or,  a person can input their health/statistics metrics into their workout app, and scientists/researchers could use this data in their study. And on and on. The possibilities are endless.

In Streamr’s words: “Streamr is a decentralized network for scalable, low-latency, untamperable data delivery, and persistence, operated by the DATAcoin token. Anyone – or anything – can publish new data to data streams,  and others can subscribe to these streams to power DApps, smart contracts, microservices, and intelligent data pipelines.”

How Does Streamr Work?

Publishers submit data to Streamr’s data streams – a process called an ‘event.’ Some of the time, data is free, while at others, consumers must purchase it using the network’s native token DATAcoin. For their part, brokers publish events, manage storage, manage communications between nodes, subscribe to data streams, and so on.

Streamr uses a scaling technology known as sharding. (Sharding is a database partitioning technique that enables a blockchain to scale, allowing for the processing of more transactions). Due to this, a node on the network is not responsible for all the traffic. Instead, each node is responsible for its partition or share of the traffic. Nodes are paid in DATACoin tokens for distributing data to consumers.

The network also utilizes checksums in a view to maintaining honesty in the network. A broker node has to present checksums of their work for peer review by other nodes. The white paper states that “If a node reports deviant checksums, none at all, or the checksums are not coherent, no reward is obtained and offending nodes become less likely to be assigned responsibility for a partition in the future.”

Data transmission is facilitated by smart contracts, which are responsible for holding information and maintaining the registry of data streams, allocating responsibility to broker nodes, and okaying contracts for data buying and selling.

Streamr utilizes smart contracts to achieve and maintain integrity in the network. The Streamr white paper says: “A number of Ethereum smart contracts support the operation of the Streamr Network and the Data Market. The stream network uses smart contracts for incentivization, coordination, permissioning, and integrity checking. The Data Market builds upon features provided by the Network for data licensing and monetization. DATAcoin, an ERC20 token, is used by both layers for incentivization, as a reputation metric and as the means of payment.”

The Streamr team is led by Henri Phikala, Risto Karjalainen, Nikke Nylund, and Michael Malka. Phikala is a software engineer, entrepreneur, an algorithmic trader. He has designed the streamer cloud analytics platform.

Karjalainen is a data and finance expert with a Ph.D. from the Wharton School of Business. He’s a quantitative analyst with years of experience in systematic trading and asset management.

Nikke Nylund has a Bachelor of Science in Finance and Entrepreneurship from the Helsinki School of Economics. He has founded or invested in several successful ICT and tech companies and has years of experience as an algorithmic trading strategist.

Michael Malka is an entrepreneur and tech enthusiast with 20 years of software development experience working in startups to banks to telecommunications. He has a Master’s Degree in Computer Science from the University of Helsinki.

Streamr’s native token is used to compensate data publishers, and consumers pay for data via the token. Here is a more detailed breakdown of the token’s functions.

DATAcoin operates atop the Ethereum blockchain. Thus, Ethereum-based smart contracts maintain tokens balances and oversee trustless and secure transactions. As an ERC20 token, DATA coin is interoperable with a wide range of wallets as well as tokens.

Where to Buy and Store Streamr

DATA is sold/exchanged in a variety of exchanges such as Ethfinex,  Binance, HitBTC, Gate.io, EtherDelta, HitBit, and eToro. You can exchange several cryptos for DATA, such as BTC, ETH, or USDT.

Being an ERC20 token, DATA can be held in any ERC20/Ethereum compatible wallet. Popular options include MyEtherWallet, Guarda Ledger, Trezor, MetaMask Parity, InWe Wallet, Infinito Wallet, Trust Wallet, and others.

Streamr is taking the idea of decentralized data and elevating it to a higher, more timely level. The world’s economy is currently in a megatrend motion towards real-time data, and Streamr is preparing to meet this need in a global, peer-to-peer, and blockchain-backed system.

Streamr’s decision to operate on top of Ethereum’s blockchain instead of building its own from scratch blockchain affords more time and concentration to research and development of the concept, meaning it can achieve its goals faster. If the project catches on, we could see a real-time, decentralized data model that could forever change the way we interact with data. The project is one to keep an eye on.